Gallagher Premiership rugby returns this weekend at the Gtech Community Stadium, with London Irish’s derby day encounter against Saracens opening up Round 13.

Despite two losses upon their return to the Heineken Champions Cup recently, Irish have only tasted defeat once in their last six home games in domestic competition, falling to Gloucester Rugby by one point in the Premiership.

Paddy Jackson scored the most points (19) of Round 12 in Irish’s win over Newcastle Falcons, also chipping in with two try assists as Josh Basham led the way league-wide in terms of tackles completed (21) against his former side.

The imperious league form Mark McCall’s side approach Friday’s match has seen them win all nine Premiership outings this year, also winning against Edinburgh Rugby and Lyon in the Champions Cup.

The Exiles’ 32-30 win over Sarries at the Gtech last term was one of only two regular season league losses suffered by the north Londoners since mid-February 2022, with Irish having not lost to their opponents since August 2020.

Two league leaders in tries scored, Ollie Hassell-Collins and Max Malins, face each other for the first time this season, having accrued eight tries apiece in the Premiership this term.

Versatile back Elliot Daly has been a prime offensive outlet for Saracens this year; scoring six tries in all competitions as well as leading the league in defenders beaten (31) and try assists (eight), whilst having the second-most offloads (17).

Outside of attacking rugby, Irish currently has the league’s most effective lineout (93%), whilst the Men in Black have reduced their opponents to a league-low 84% tackle average in the Premiership. 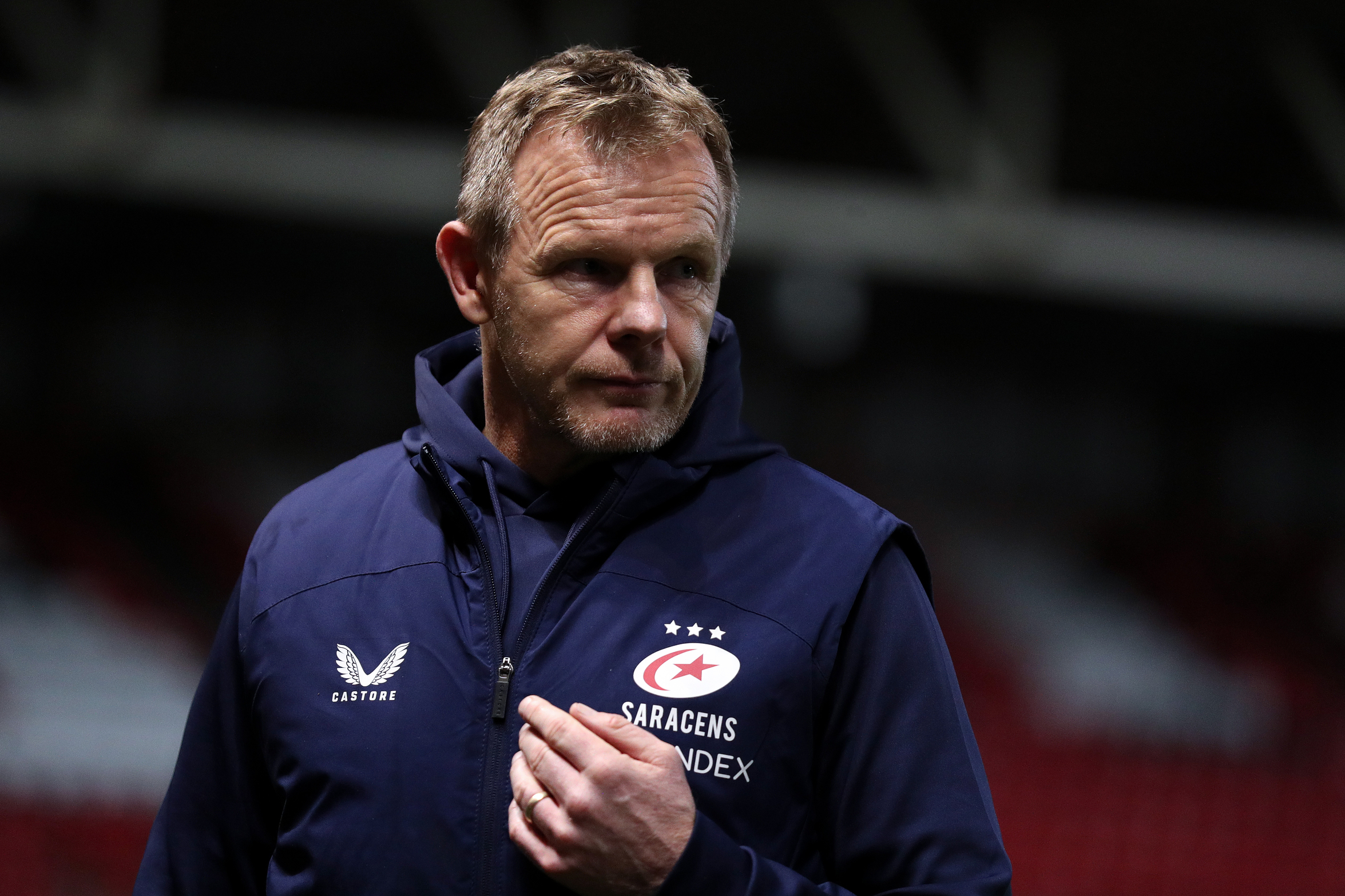 One time London Irish and Ulster centre, Mark McCall began his coaching journey with the Ireland A side before a move to his home province, where he won them a first league title in the 2006 Celtic League.

A period of success spanning over a decade was to follow, but the Irishman was to experience heartache in his first season with the team after losing out in the Club’s first ever Premiership final in 2010.

Nevertheless, a tally of five league titles, three European cups as well as one domestic cup lift has brought Sarries into a modern era of dominance in English rugby.

One to watch- Theo McFarland:

Signing ahead of the 2021/22 campaign, Theo McFarland has established himself as a mainstay of the Saracens pack with his innate physicality and athleticism.

Being a former Samoan basketball captain, such attributes may not come as a surprise when talking of the 6ft 6” forward, with his handling skills and vision penetrating through opposing defences.

One of last year’s breakouts in the league, he was recently awarded a new long-term deal at the StoneX Stadium and has already amassed four appearances vs. Irish, playing in every game against the Exiles last year. 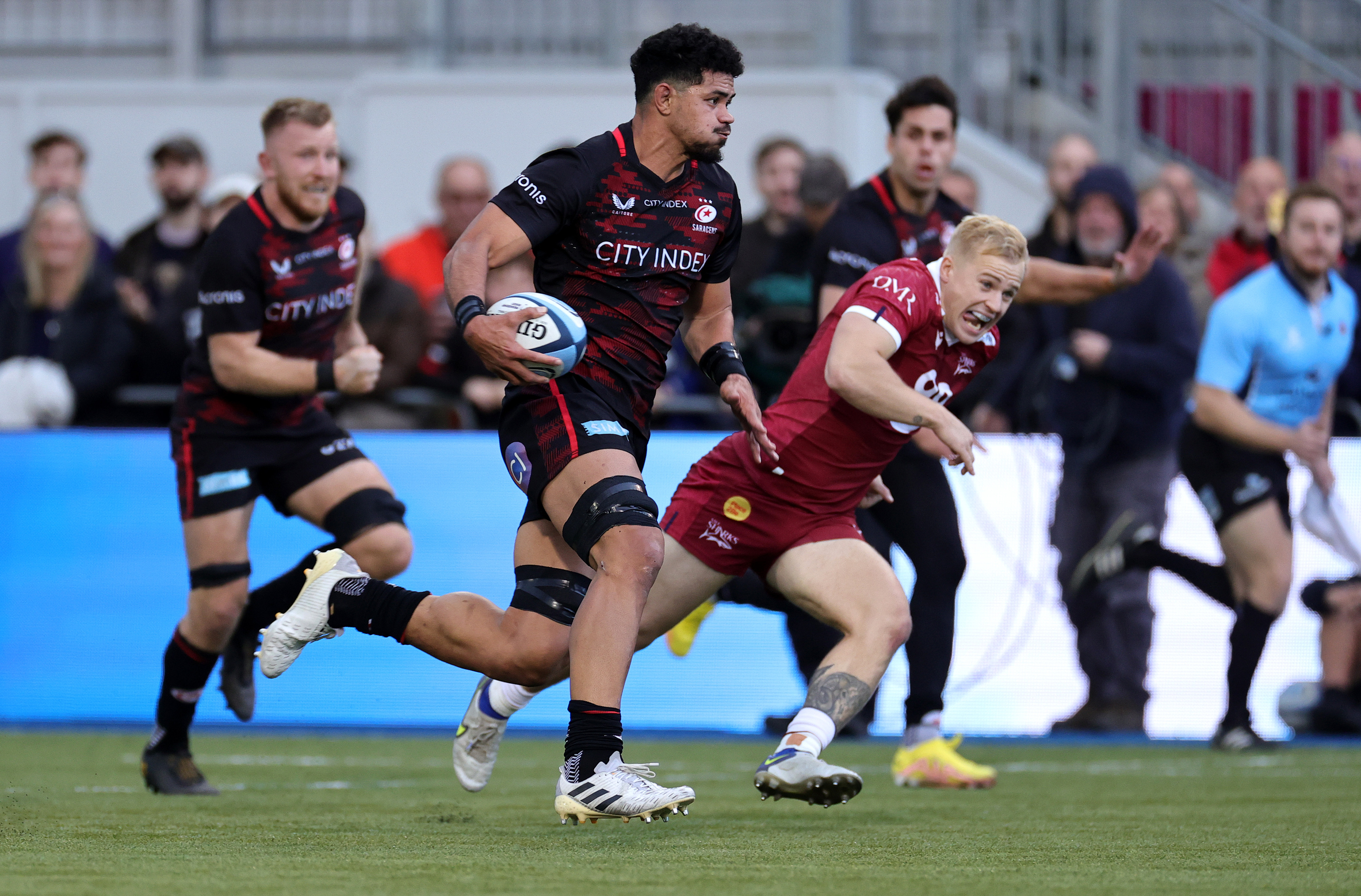 The Samoan international, capable in the second and back-rows, has amassed three tries for the Men in Black this season in nine appearances, adding to his collection of six from last campaign.

Aerially, 35 lineout throws collected in the Premiership is sixth-most in the division with Exile Rob Simmons sitting joint-first with 50 - both players lead the league in lineout steals with six.

Awards have come part-and-parcel for the 27-year-old; most recently winning the Gallagher Player of the Month for September 2022, but also the Try of the Season in his novel campaign last year for his score against Northampton Saints. 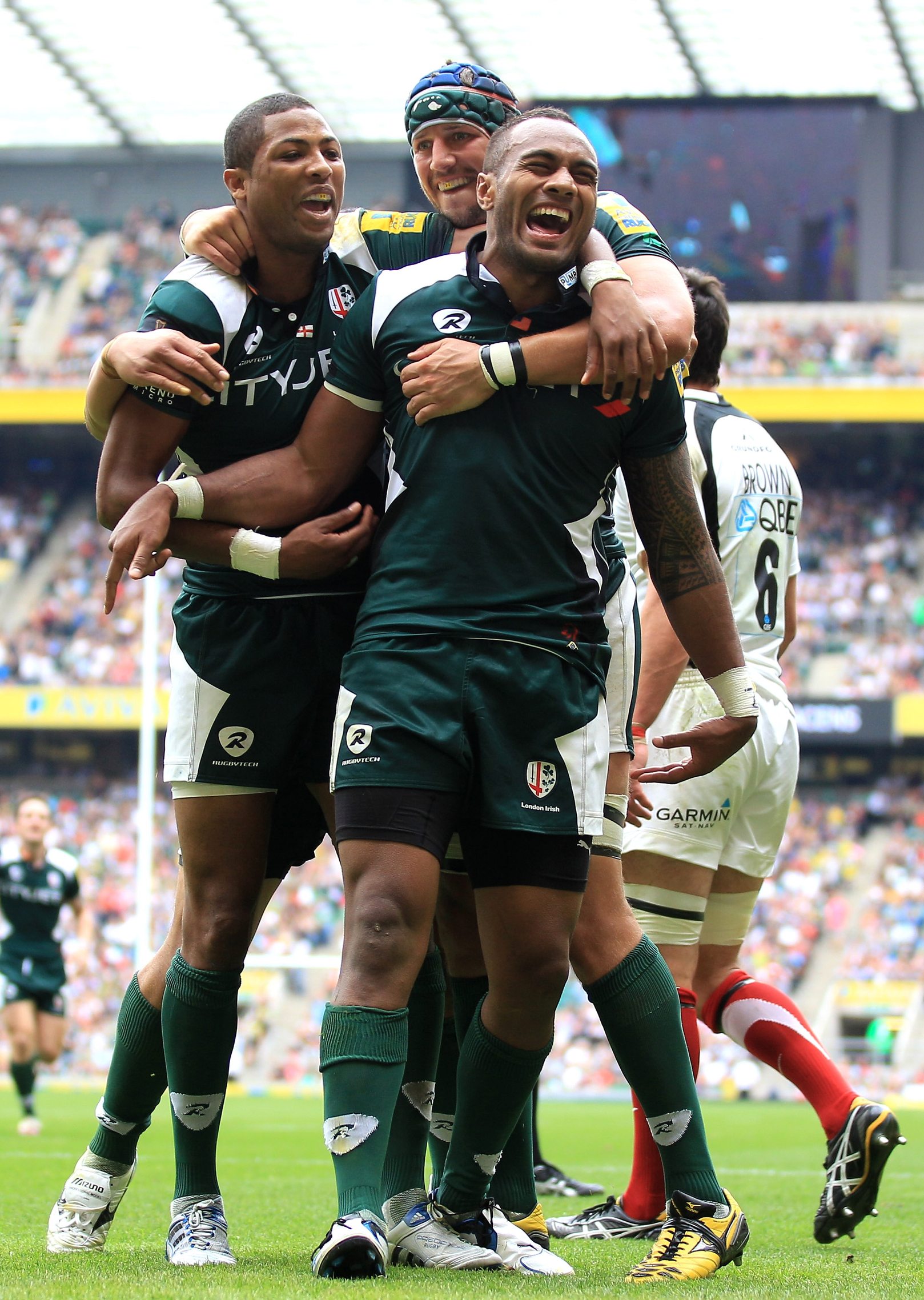 The Mighty Exiles executed a stunning second-half comeback against Saracens to open up the 2010/11 season at Twickenham Stadium, finishing up 33-16 in favour of Toby Booth’s men.

Ernst Joubert crossed for the game’s opening score for Saracens, closely followed by a Ryan Lamb place kick, but the away side on the day were not done in the opening forty as Schalk Brits touched down.

The second period is where London Irish came into their own, the brothers Armitage combining to send Delon over before a Sailosi Tagicakibau effort assisted by a Ryan Lamb cross-field kick.

A penalty try would follow in a half that Irish would win 27-6, winger Topsy Ojo dotting down for the game’s final five-pointer on a memorable afternoon for the Exile Nation at HQ.

"It was a great result, that's what we have got to take away from it,” Saracens hooker Jamie George commented after a 28-20 away win over Lyon in the Heineken Champions Cup.

"It is probably another performance we are going to be frustrated looking back on it, but fundamentally it is a results-based competition.

“So while we are very happy with the result, we also have plenty of work to do.”

George, who chipped in quite literally with a try assist from the boot as well as a try, underlined the gravity of the win as well as the necessary work-ons for his team.

"It is very hard to come here, Lyon are a great team, and when they get momentum they are really hard to stop - I felt like the crowd got behind them in that respect.

"We gave them opportunities with regards to giving them the ball with ill-discipline, I felt we gave them all their points rather than them putting us under pressure.

"That is something we need to identify and work out and fix because it was very similar against Edinburgh last week as well."