London Irish make the short trip up to north London for their third round Premiership Rugby Cup encounter with Saracens this Monday (17th) evening.

Just as they did in 2021/22, Irish has a 100% return from both of their opening two matchups in the tournament this season.

The Exiles edged out a tight 30-26 tie against Harlequins in Round 1 at the Twickenham Stoop, and then took all five points with a penalty try in the dying embers whilst hosting Northampton Saints.

The Men in Black are currently winless in their last two games in the 2022/23 tournament, succumbing to London rivals Harlequins by a score of 41-30 and later losing in dramatic fashion to Saints, 58-34.

Consequently, London Irish sit second in Pool 3 of the competition, trailing only Saints who have played a game more than Irish as Monday’s opponents remain rooted to the foot of the standings.

Saracens Coach Kelly Brown has challenged his side to “show how hard we have been working”, also stating: “We have shown glimpses in both games, but in front of our own supporters, we want to put together a performance to be proud of and get back to winning ways.”

Both sides have reached the final of the Premiership Rugby Cup since its inception in 2018 but are yet to lift the silverware, but still boast a credible history in cup tournaments. 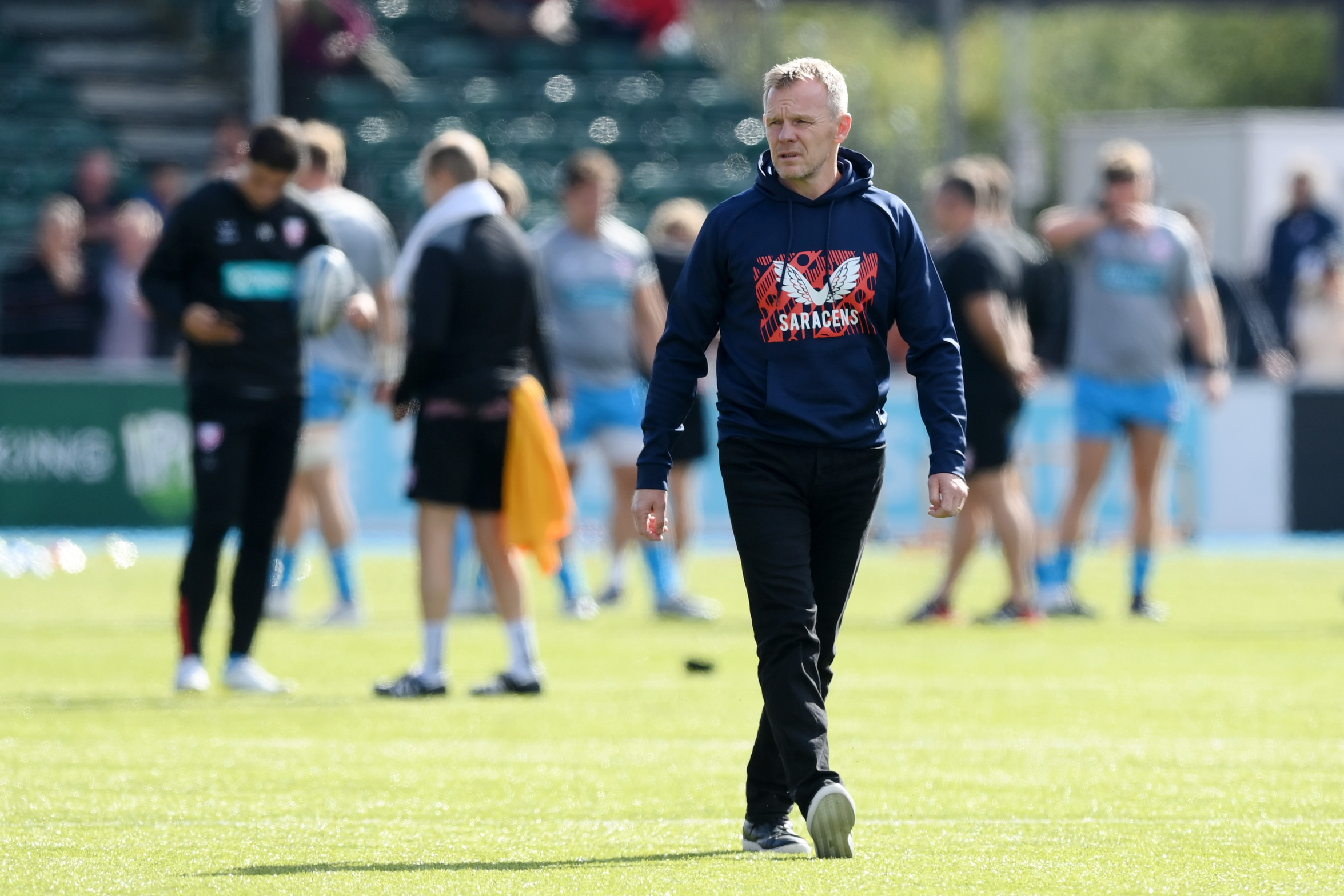 A former London Irish player and Ireland international, McCall represented his country 11 times and also took to the field for his native Ulster.

Having held up initial positions with the Irish national side’s under-21 and A sides, the 54-year-old’s first Club coaching post came with the Ulstermen where he won the province’s first Magners League title.

McCall joined Saracens as First Team Coach in the 2009/10 season from Castres Olympique, then assuming the Director of Rugby post in early 2011, where he would lead the team to their first of five Premiership title lifts in his tenure thus far.

After a short time away from the game midway through last season where Head Coach Joe Shaw took the lead, McCall resumed his duties in March to lead Saracens to the Challenge Cup semi-finals and ninth Premiership final berth, losing to Leicester Tigers.

One to watch- Samson Adejimi:

Joint-second highest points scorer in the Premiership Rugby Cup so far with 20 points and the joint-highest try scorer with four, Samson Adejimi has lit up the 2022/23 competition.

The hooker, just 20-years-old, has scored five tries in three Saracens appearances after his debut in last year’s competition away to Wasps, where he also scored.

Adejimi was poised to make his first-team debut last year against the Exiles, included in the matchday squad as an unused replacement in the 29-20 result in favour of Declan Kidney’s men in Brentford. 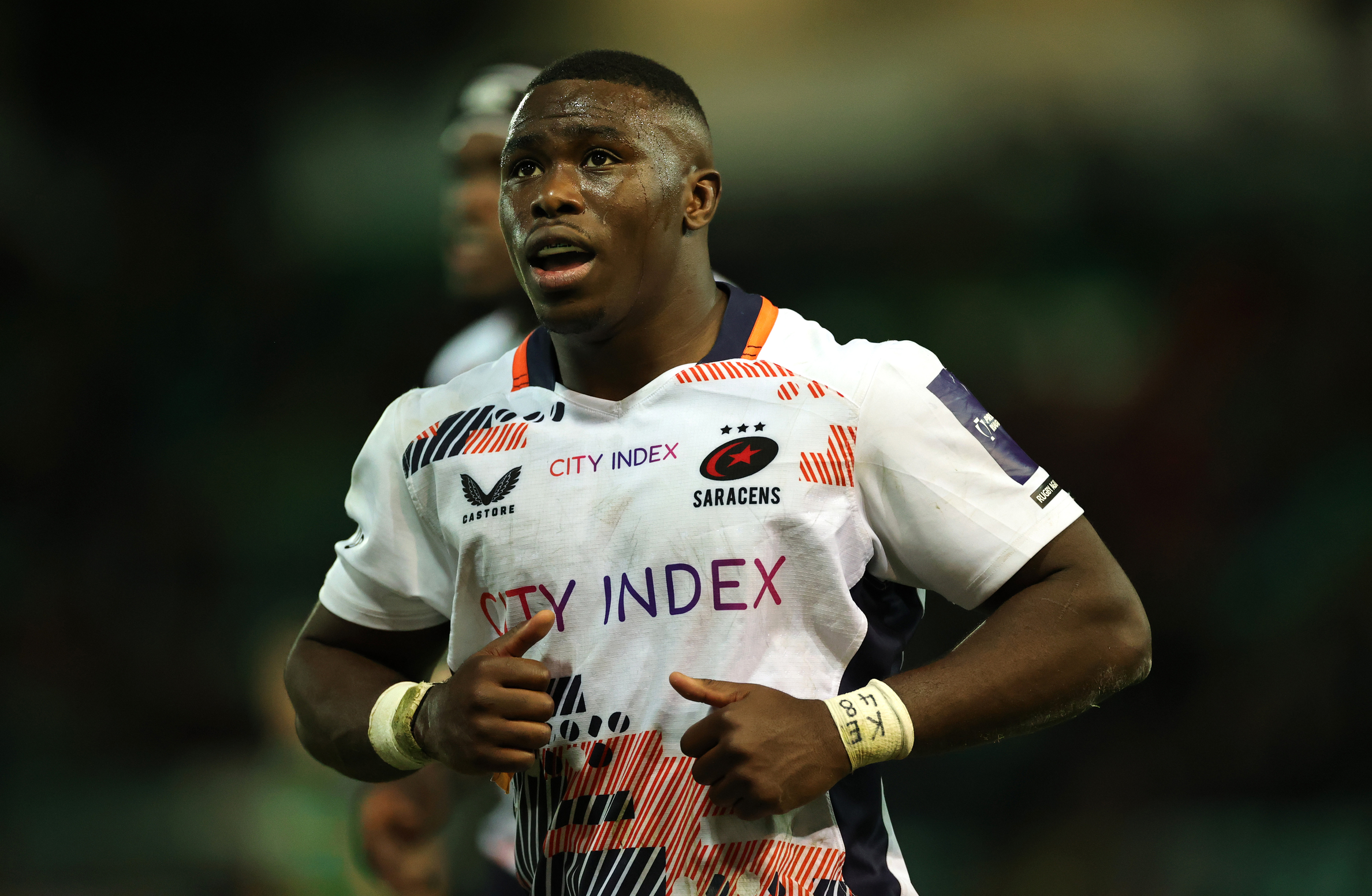 In his first full start for Saracens this season, scoring four tries of his own was not enough for Adejimi and Mark McCall’s men in a 58-34 reverse to Northampton Saints, but his second caught headlines as he bustled through four tackle attempts off a maul.

In 2020, Adejimi was absorbed into the Saracens Academy from Epping Upper Clapton, going on to study as a full-time sports scholar at Brunel University, in conjunction with Championship Club, Ealing Trailfinders.

He experienced pitch time on loan with Henley Hawks last term before graduating as one of eight young Saracens into the Senior Academy set-up over the summer period. 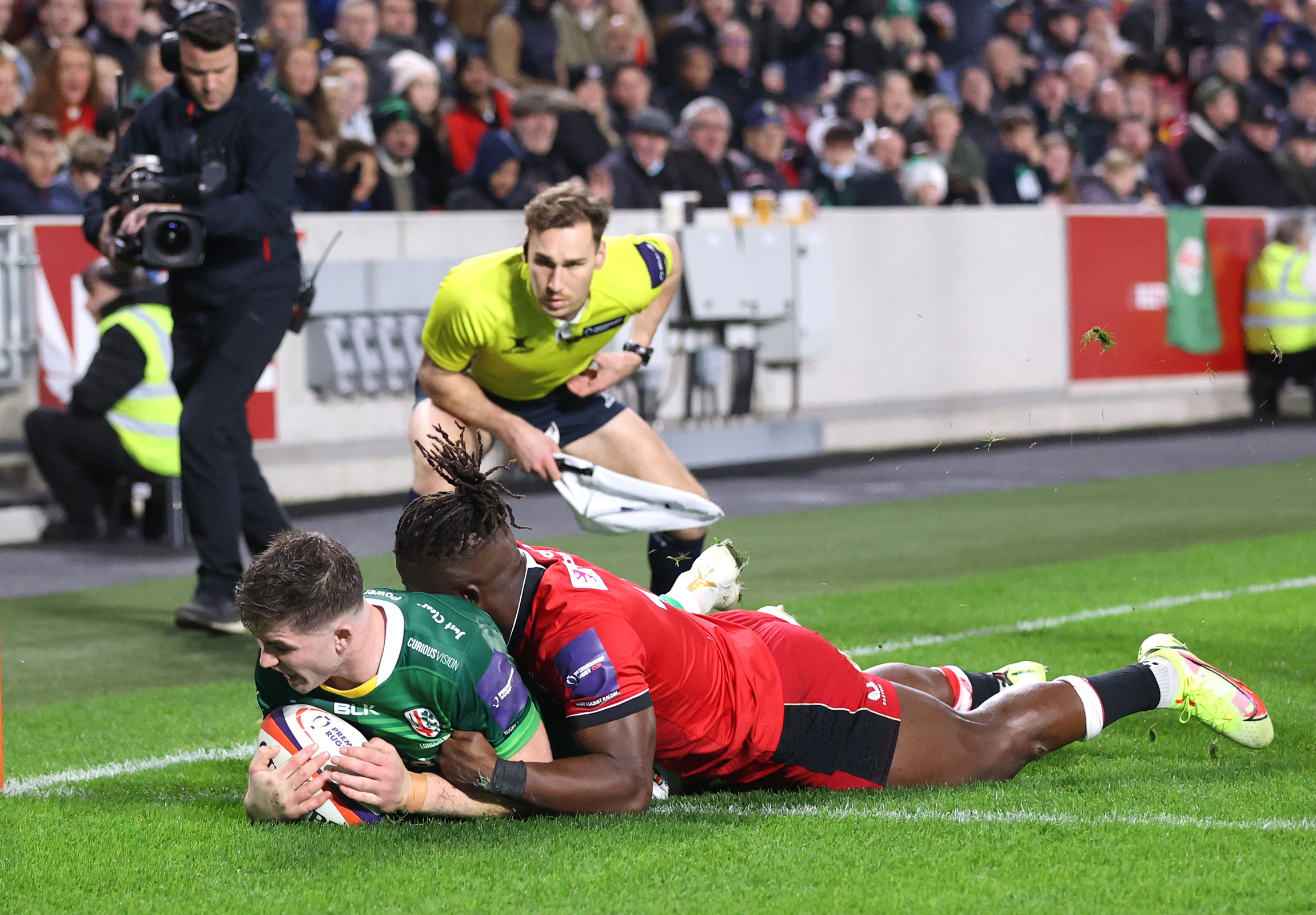 All five points stayed with London Irish in Brentford following a 29-20 triumph over north London-based adversaries, Saracens, in the second round of the Premiership Rugby Cup.

Ollie Hassell-Collins opened the scoring, working off a Tom Pearson linebreak and Matt Williams surge, with Terrence Hepetema and Steve Mafi touching down in the first half also.

Rory Jennings continued his match-winning form from Round 1 against Northampton Saints and slotted a penalty of his own to take the Exiles out of reach from Mark McCall’s men with the clock in the red.

Saracens Director of Rugby Mark McCall has outlined the improvements expected of his men in wake of a closely-fought, 37-31 victory over Bath Rugby in the sixth round of the Gallagher Premiership.

"It was a game that shows the Premiership is incredibly competitive and if your attitude is not what it needs to be, you can get pulled into a game that we could have easily lost.

"Whether we deserved to lose or not, I'm not sure, but it's a game we could have lost.”

Despite tries from backs Alex Goode, Max Malins, Elliot Daly and former Exile Alex Lewington sending the Men in Black to the helm of the division on Saturday evening, the Irishman analysed where Sarries require refinement post-match.

"It manifests itself in certain things - you look at how often we were turned over at the breakdown today and I think we had a lot of players that were happy to do the comfortable and big stuff, but not the small stuff that everybody needs to do.

"If you want to play the kind of game we want to play, people doing those detailed things well is a necessity and it wasn't today.

"When we did turn the ball over, a lot of their scores came from our mistakes, they were very clinical with that."