Sale Sharks play host to Declan Kidney’s London Irish to open Round 6 of the Gallagher Premiership at the AJ Bell Stadium this Friday evening.

The Exiles are back in league action following the Club playing out their first bye week of the campaign this season, boasting a recent two-game, bonus-point win streak over Northampton Saints in the Premiership Rugby Cup and Bath Rugby in the Premiership.

Sharks are the only Premiership Club to go unbeaten thus far in all competitions in the 2022/23 campaign, picking up a try bonus point in three of their four league wins this term as well as two further in the Premiership Rugby Cup.

Having won their last seven in the league, Sale inflicted Exeter Chiefs’ only league loss in the latter’s last six outings in that run, but their most recent victory in Round 5 came against current Premiership title-holders Leicester Tigers at Mattioli Woods Welford Road.

A Raffi Quirke-inspired second-half fightback led Sharks to win 26-16 in the Midlands, Tom Curry (one try, 17 tackles and most offloads in the round with four) also starring as the Mancunian side amassed the most offloads (17) and visits to the 22 (12) in Round 5.

The last two meetings between the Clubs last season saw Irish reclaim points in entertaining comeback draws, late tries from Curtis Rona in Brentford and then Nick Phipps in the away fixture maintaining an unbeaten record against Alex Sanderson’s Sharks in 2021/22.

Whilst Irish lead the division in red zone efficiency (4.17 points per 22 visit) and lineout success (95%), the AJ Bell side are in the top five in overall kicks (117) and have a 100% ball retention rate from every one of their mauls this season.

After completing his first full season as a Director of Rugby, former Sale Shark Alex Sanderson led the Club to their fourth successive Heineken Champions Cup qualification, as well as securing consecutive quarter-final berths in the European competition.

The Chester-born former back-row forward played for Saracens in a brief on-field stint with the Londoners after Sale, before eventually assuming coaching positions for the Men in Black. 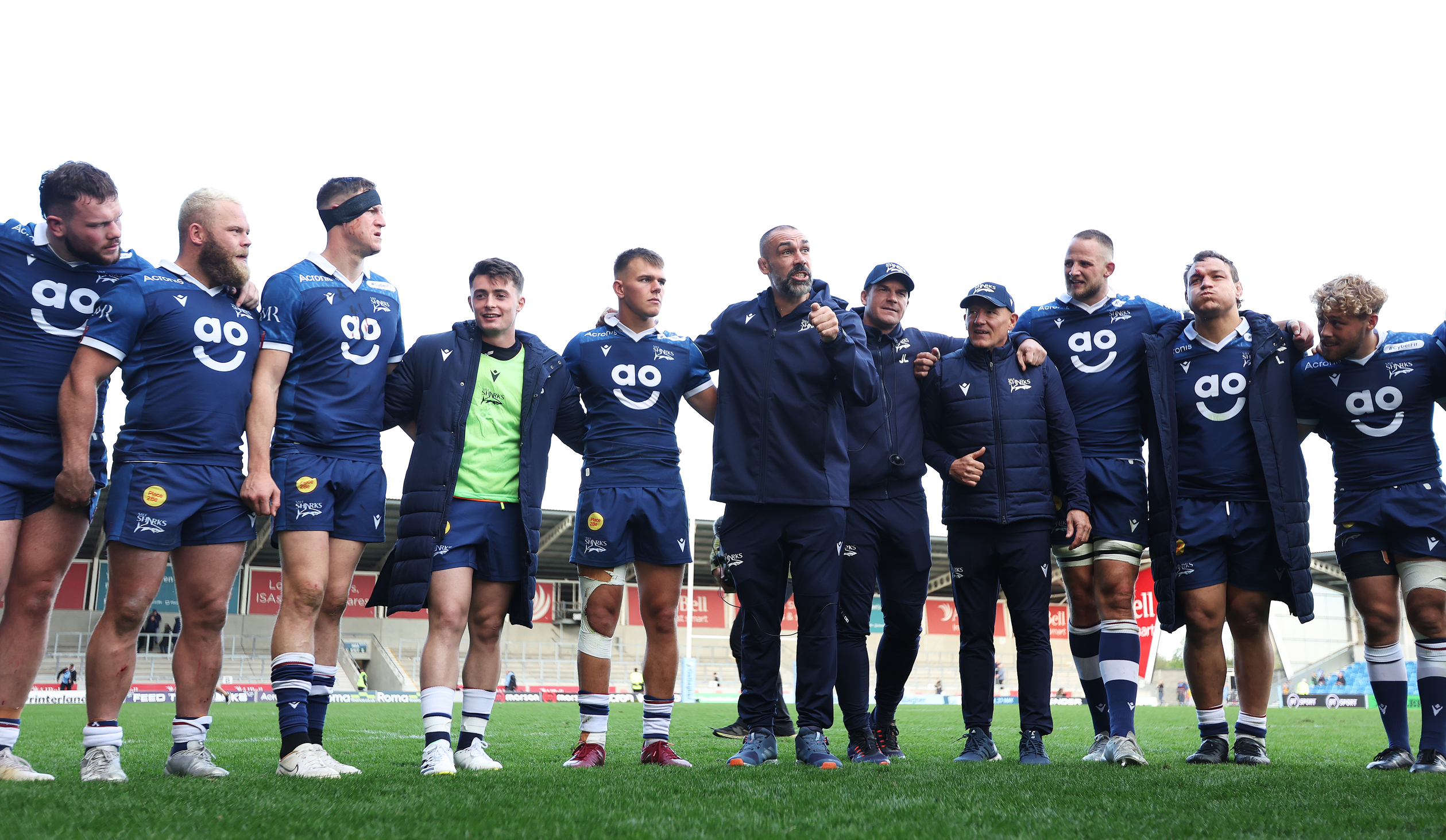 Becoming part of the official coaching structure in the 2008/09 campaign, Sanderson contributed to an unheralded period of success for Saracens that included five Premiership titles and three Champions Cup honours.

Assuming the mantle in Salford in January 2021 following the departure of former teammate Steve Diamond, Sanderson continued the work of Diamond and led Sharks to their first play-off qualification since 2006.

Sanderson secured the signatures of England international George Ford this offseason, as well as capped Jonny Hill and Tom O’Flaherty who have contributed to the side’s current 100% status.

One to watch- Raffi Quirke: 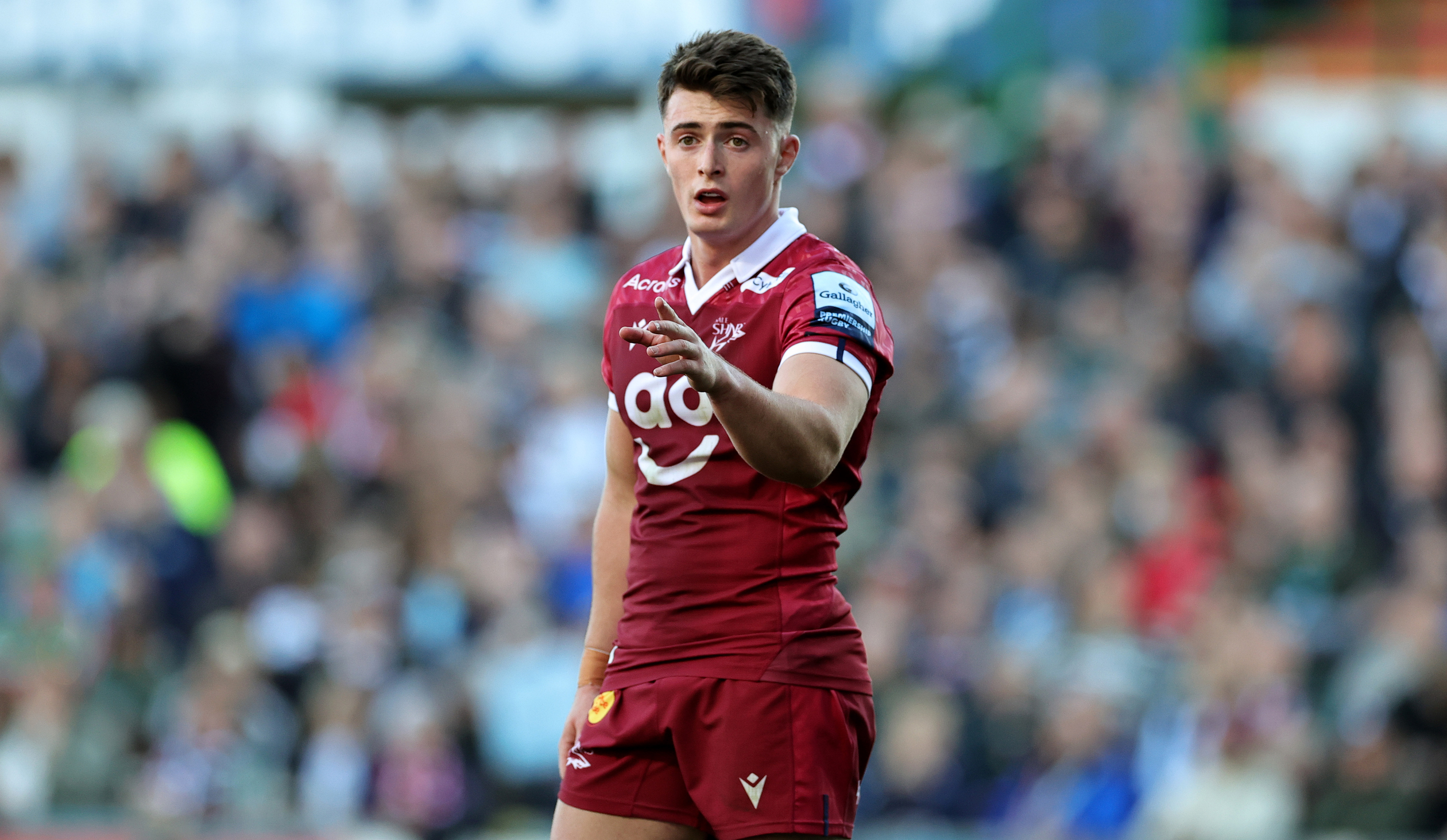 Quirke was proclaimed as a “one-man try machine on both sides of the ball” by his Director of Rugby Alex Sanderson following his 40-minute cameo away to Leicester Tigers.

Sanderson went on to comment that the 21-year-old arguably put himself back into international contention with his performance, and it would be hard to dispute given his output of a try, try assist for Tom Curry and try-saving tackle on Tiger Matt Scott.

The 21-year-old is returning from a hamstring injury that required surgery towards the back end of last season, which ruled him out of further action from April onwards and throughout potential England game time over the summer.

The scrum-half made his Sale debut aged 19, the youngest Sale Sharks 9 in the league’s history against Harlequins, and has made 25 further appearances and scored six tries for his hometown side since.

Quirke earned his first England cap in last autumn’s international schedule against Australia off the replacements bench, bagging his first try for his country the following weekend at Twickenham Stadium in a win against South Africa.

A stray ball was intercepted by Topsy Ojo on his own 22 to race clear to the whitewash entering the second quarter of the game in Manchester, invigorating an otherwise dormant opening to proceedings.

Seilala Mapusua completed a one-two punch by the travelling Exiles moments later on after being assisted by compatriot Sailosi Tagicakibau, as Irish were 12 to the good in a first-half whitewash. 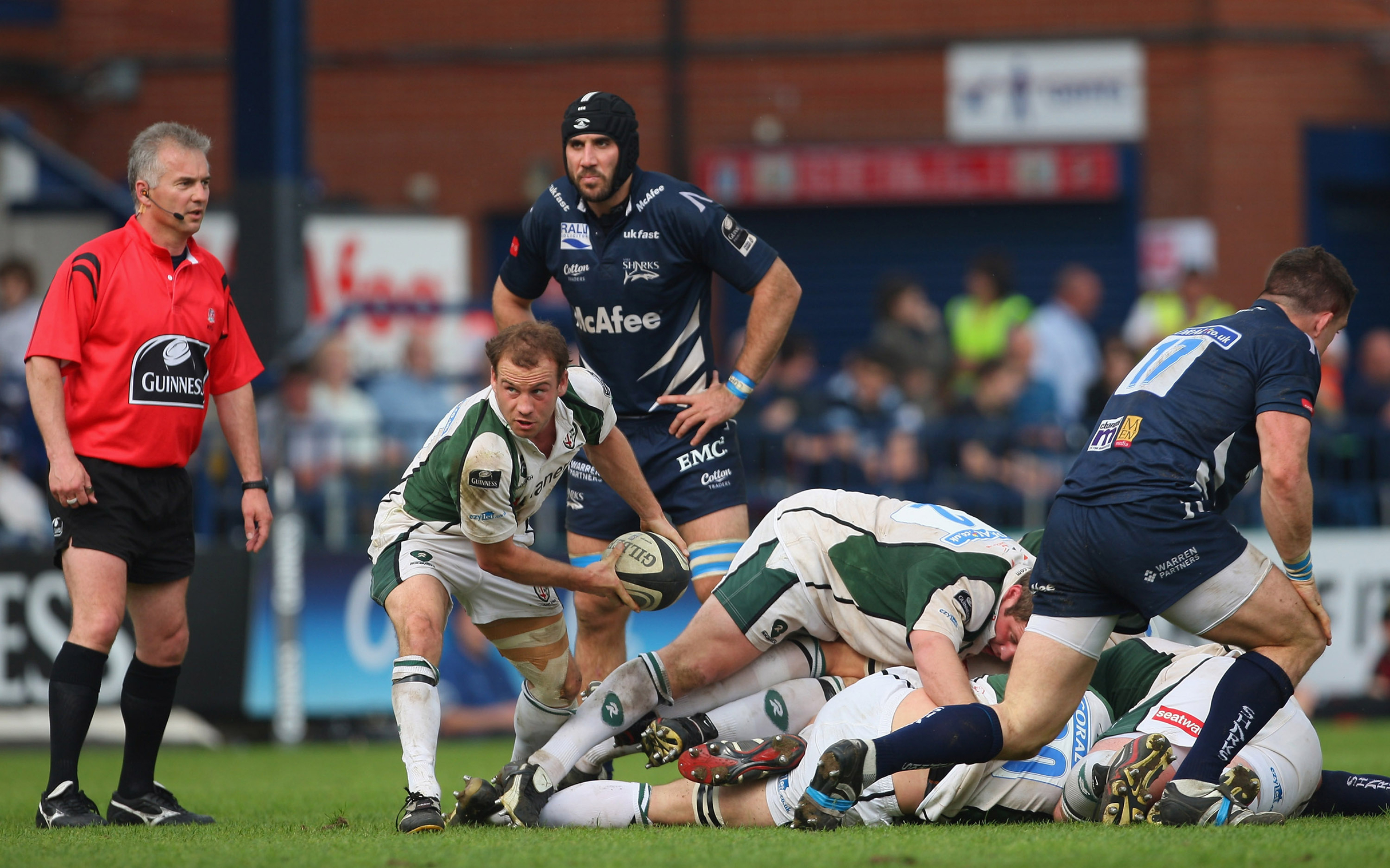 Sale’s frustrations creeped into the second period, a knock-on from a Charlie Hodgson offload one of many handling errors that prevented their then possessional dominance taking effect on the scoreboard.

Irish’s complement was reduced with yellow cardings of Richard Thorpe and Paul Hodgson as the game drew to a close, Mapusua nevertheless completing a brace before Chris Bell’s consolation score.

Sale Sharks Director of Rugby Alex Sanderson has outlined the gravity of his side’s Gallagher Premiership Round 5 victory over Leicester Tigers.

"I thought the Bristol game with 14 men last year was massive but this, in terms of statements, is big,” Sanderson declared.

"Let's not diminish Leicester, they are a better side in many parts than what they showed today - we were just in good form.

"We knew the first-half didn't represent our form or our quality, the lads executed the kicking plan after the break.”

Sharks’ reputation as a bustling and aggressive side is evolving, according to Sanderson, as his team enter Friday’s contest as one of two unbeaten Premiership sides.

“We are showing we have the ability to shift the point contact quickly.

“It’s given us an extra layer other than just being a physical and defensive team.

“We are proving a pretty hard team to stop at the moment – there’s a real confidence in our camp.”