London Irish is at last back on home soil after a six-week hiatus, hosting Newcastle Falcons this Saturday (3rd) whilst celebrating the Club’s ‘Family Day’ during Round 12 of the Gallagher Premiership.

The last time the Exiles played at home, an Adam Hastings drop goal secured a 22-21 win for Gloucester Rugby to end a three-game unbeaten run at home for Irish, with a difficult run of form to follow for the west Londoners.

Falcons have won their last two Premiership games, coming against the Cherry and Whites and Exeter Chiefs, but have not won three consecutive league outings since December 2020 which was also the last time they won successive away games.

The win over Gloucester was a first away victory in six league attempts for Dave Walder’s outfit, who now sit ninth and five points ahead of their hosts heading into the weekend.

Whilst Newcastle’s fresh attacking intent has been a clear highlight of this season’s Premiership, they have averaged the fewest points per 80 minutes in the league (21.45).

That doesn’t mean they do not boast try-scoring talent however, hooker George McGuigan (7) is just one score away from current league leaders Ollie Hassell-Collins and Saracens’ Max Malins (8) after an 18-try haul in all competitions last term.

He has also totalled the most successful lineout throws this year with 93, and on Saturday could encounter the aerial acumen of Rob Simmons, who has made as many steals at the lineout as any other player (six, equal to Saracen Theo McFarland).

The Boys in Green have a strong record over the North-East team of late, winning three of their last four fixtures against Newcastle with Falcons’ only away win over Irish since 2009 came in a 20-15 win in December 2017. 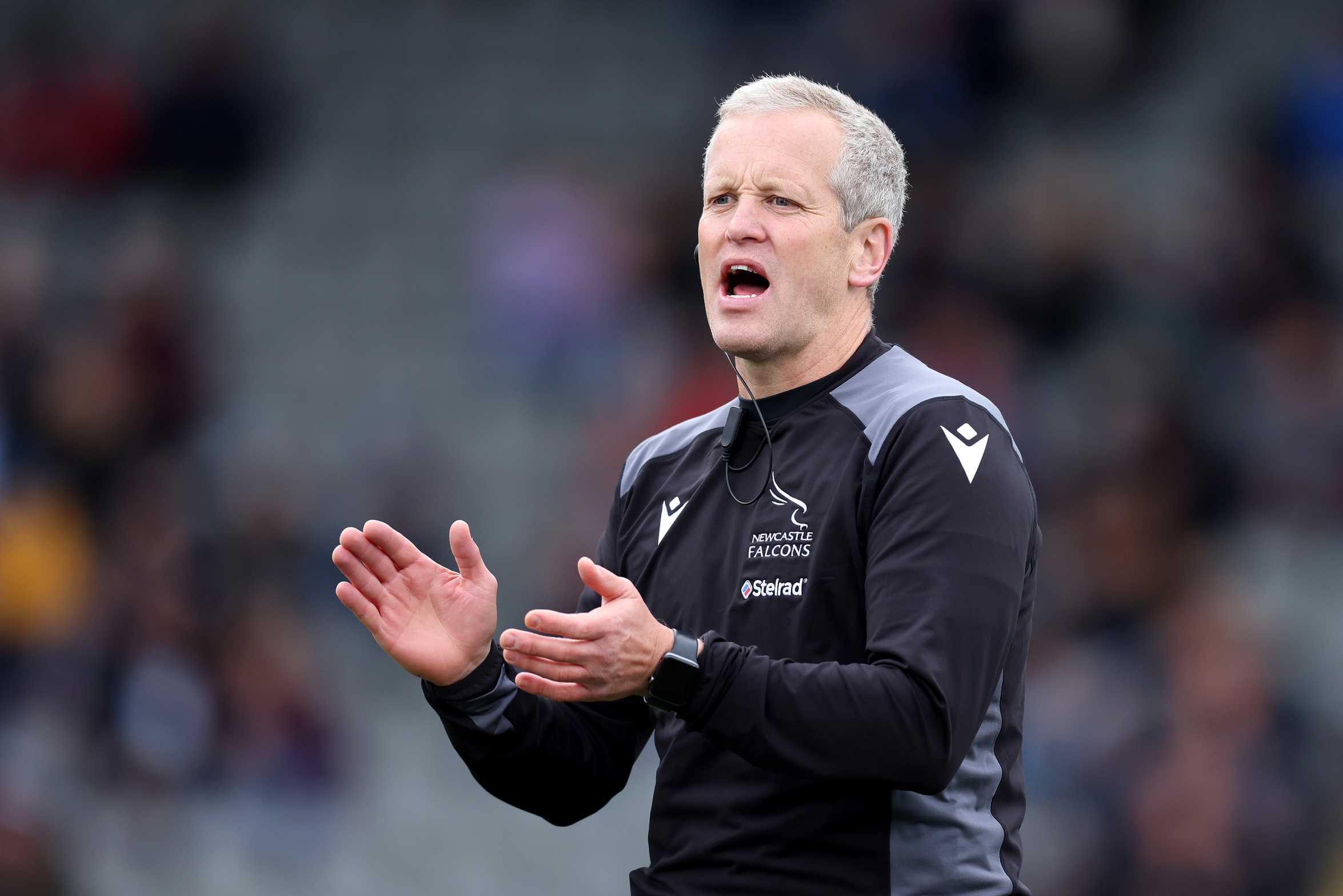 Walder would go on to play for Wasps in the capital, eventually retiring in Japan with Mitsubishi Dynaboars before a move back to the North-East to take up a coaching role with the Club.

Initially as a Kicking Coach, Walder graduated to becoming Newcastle’s attacking influence in the coaching department from 2015 before becoming the Head Coach in 2017.

The 44-year-old still maintains his title following the departure of Dean Richards over the summer, earning four wins in all competitions so far.

One to watch- Mateo Carreras

With his try-scoring prowess a prominent feature of his game, this season young Argentine talent Mateo Carreras has only solidified his standing as one of the most eye-catching members of the Newcastle Falcons squad.

Six tries in as many games for his Club this season, including a brace against Bristol Bears, has seen the 22-year-old projected into the limelight, achieving such an impressive record so far in style with mazy runs and searing pace. 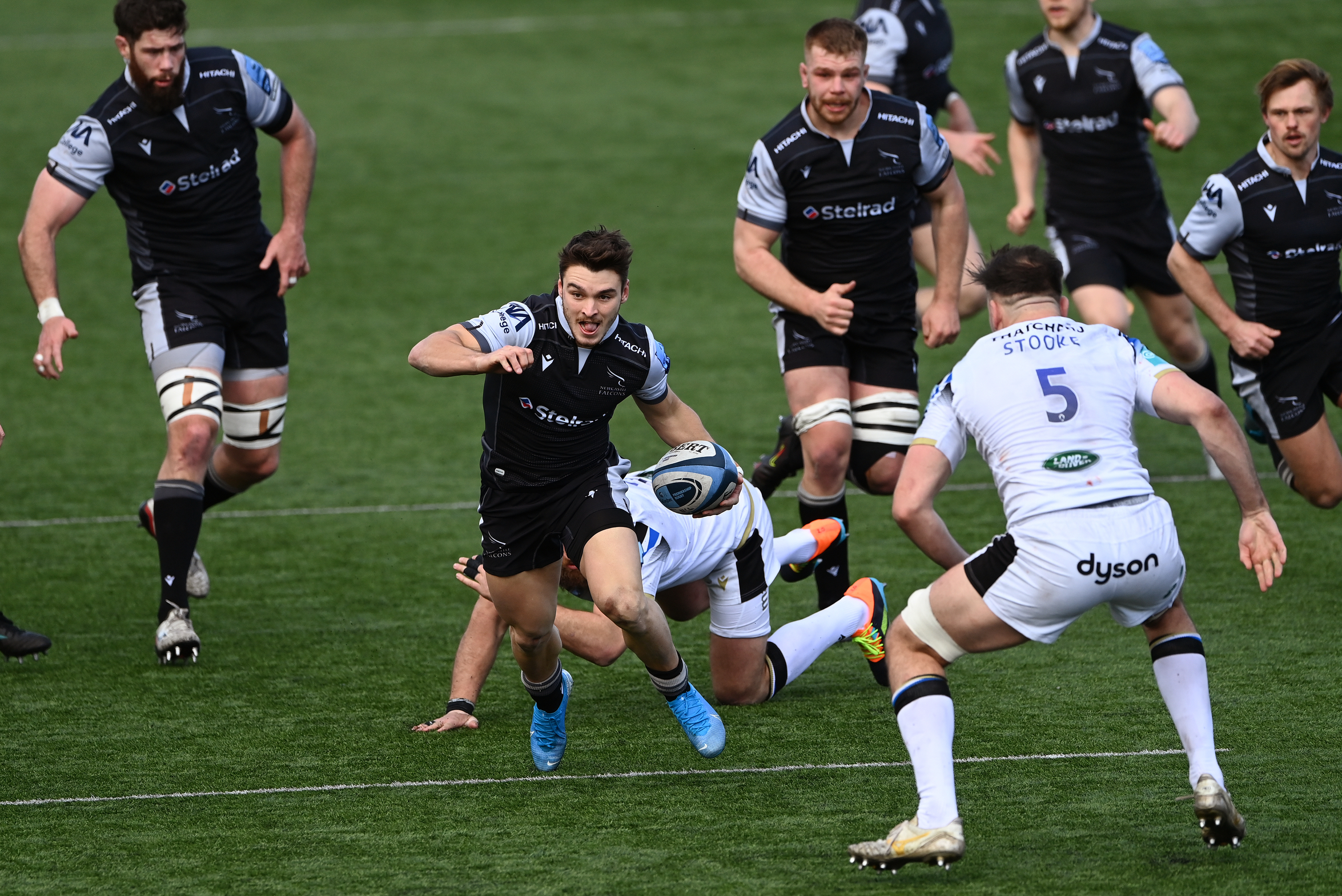 On the international stage the winger too has staked his claim in an Argentina squad brimming with talent, adding two more caps to his total of seven over the autumn period.

Carreras is one of many in the production line from Jaguares, linking up with the Kingston Park Club midway through the 2020/21 season after appearing for the Pumas’ Sevens and under-20s sides. 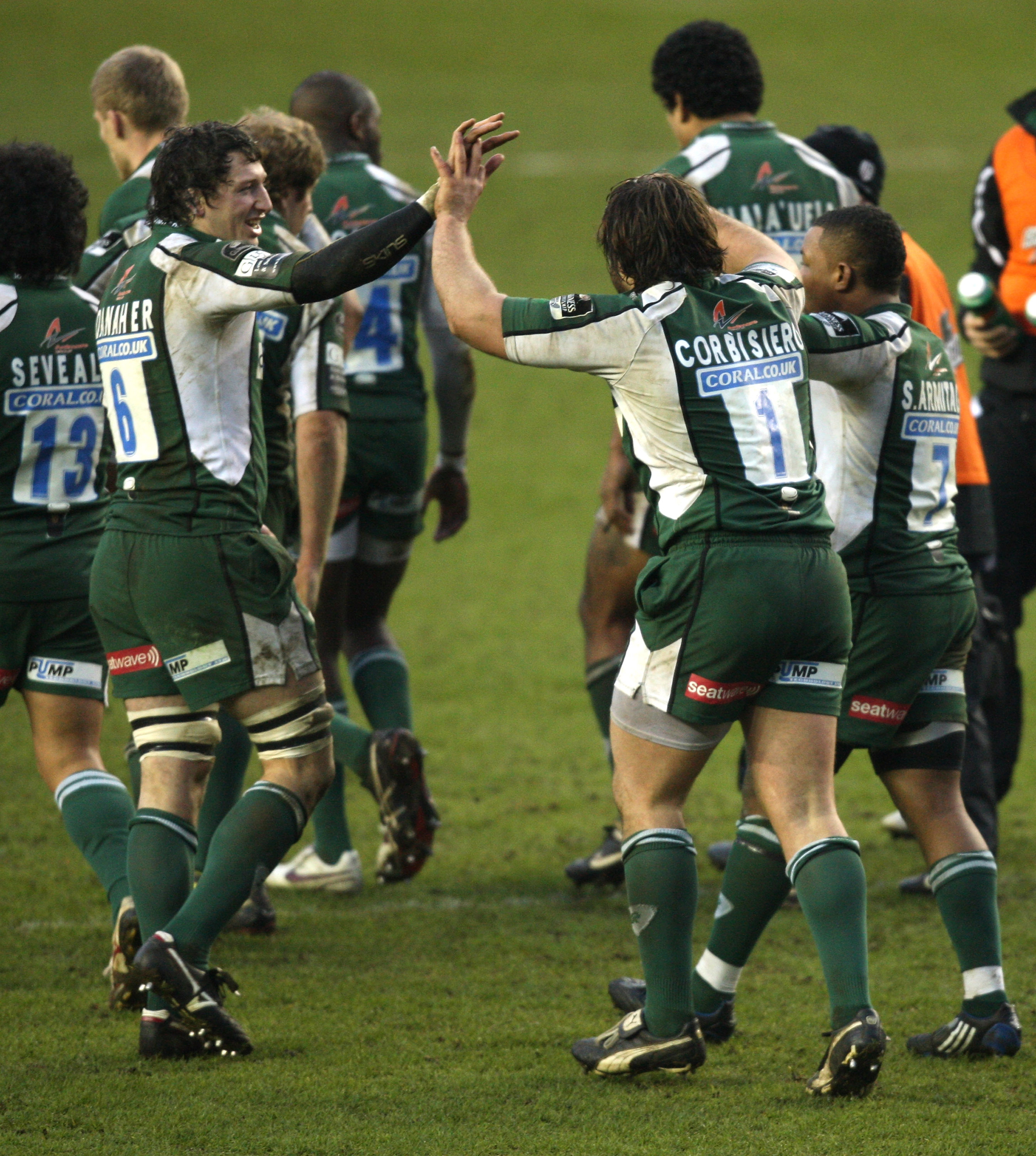 An unrelenting display at the Madejski Stadium saw London Irish gain top spot in the Guinness Premiership, running in seven tries against Newcastle Falcons to win 48-8.

The Boys in Green took a try bonus in the opening 30 minutes, scores via Topsy Ojo, Steffon Armitage, Declan Danaher and Peter Hewat leading Irish to an unanswered 26-point lead at the break.

Alex Corbisiero continued the onslaught post-interval, the ever-influential Mike Catt also registering points of his own before a consolation breakaway score from Falcons flyer Tim Visser.

Seilala Mapusua made it seventh heaven for the Exiles late on with a converted try making it a resounding 40-point cushion.

Despite achieving two consecutive wins, Newcastle Falcons prop Adam Brocklebank is employing a cautious attitude ahead of Saturday’s visit to London Irish in the Gallagher Premiership.

“We’re not going to get ahead of ourselves after a couple of wins,” Brocklebank stated.

“The league table doesn’t mean that someone is a bad team because they’re at the bottom – games are so close these days and they’re being decided by fine margins.

“We’ve been down there ourselves and Irish will obviously want to pull themselves off the bottom, but they were only one score away from winning away against the champions last weekend.

“That’s how good this league is and how close things are, so there’s absolutely no danger of us taking them lightly.”

Brocklebank also analysed the threat posed by Irish throughout the squad, anticipating an entertaining affair when the northerly side visit west London in Round 12.

“They’ve got a good forward pack and plenty of threat in the backs, and our analysis this week has shown up lots of positive things from their side.

“They have a lot of internationals, their set-piece is good and we’ll have to be even better than we were last week if we’re going to get the win down there.

“We made mistakes against Exeter which London Irish can capitalise on, and there’s been a big effort this week around polishing up those areas.

“If we’re not careful this weekend we can get stung down there, and we’re paying absolutely no attention to the league table.”