London Irish visit the home of the current title holders, Leicester Tigers, in Round 11 of the 2022/23 Gallagher Premiership this Sunday.

Where Irish played out a bye week in the Premiership Rugby Cup, Steve Borthwick’s team romped to a 45-8 away victory over Saracens in the third round of action but nevertheless finished second in Pool 2.

Irish are two weeks detached from a 22-17 reverse in Devon to Exeter Chiefs, yet strong performances from the likes of Bernhard Janse van Rensburg saw the South African win two turnovers to take his total to 10 this season - more than any back in the league.

The Exiles, in a tricky patch of form themselves, face the East Midlands side who have only one win in their last four league games, a run that included them relinquishing a 14-game home winning run in the competition against Sale Sharks.

In their last league game, Leicester lost by a point to Bath Rugby as a late Will Butt try added to Ted Hill’s earlier score to secure the triumph, with the Recreation Ground side winning 19-18.

Tigers’ reputation for a kicking style (averaging most kicks per game with 35.4) was reinforced in their encounter vs. Bath, Richard Wigglesworth making a round-high 16 kicks in play for 451 kicking metres - two of which were retained.

Wigglesworth made the most passes in the round with 66, one ahead of Exile Joe Powell, with former Irish resident Anthony Watson also starring with 79 metres from 13 carries and five defenders beaten.

Borthwick’s outfit concede the least number of penalties per 80 minutes (9.57), but their attacking output has not reached the heights of last term - averaging fewer offloads than any other team (5.29 per 80 minutes) and third-least amount of tries per game (3.1), as a result retain no players in top 10 try scorers.

Both Clubs shared a split of results in last season’s Premiership Rugby Cup, but Irish’s last win in the league against Sunday’s opposition came in their first outing at the Gtech Community Stadium in November 2020.

Steve Borthwick has made a stark impression in his time at the helm of Leicester Tigers, winning the Club their first Premiership title in nearly a decade last year with a dramatic Freddie Burns drop goal bettering Saracens at Twickenham Stadium.

In the year previous, he guided Tigers to a Challenge Cup final appearance and lost out to a point against Montpellier Hérault in 2021, before eventually tasting silverware on the domestic front a year later. 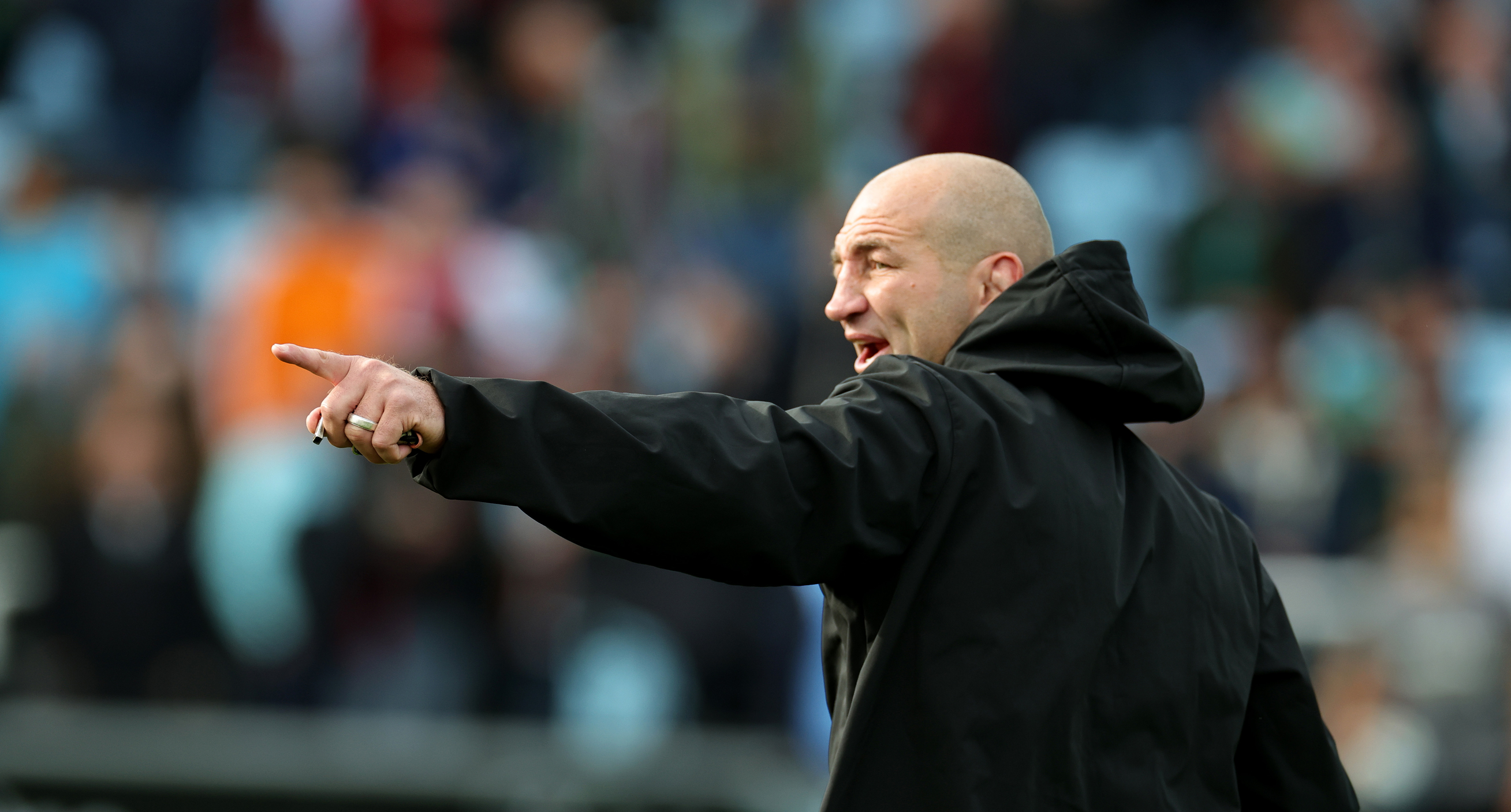 Borthwick joined Tigers from the England national team structure, where he was Defence Coach under Eddie Jones for five years and was also partnered with the current England Head Coach in Japan also.

As a player, Borthwick played at Bath Rugby from 1998 until a move to Saracens in 2008, winning their first Premiership title in 2011 and now sits in the illustrious company of winning the title as on and off the field.

One to watch- Charlie Atkinson: 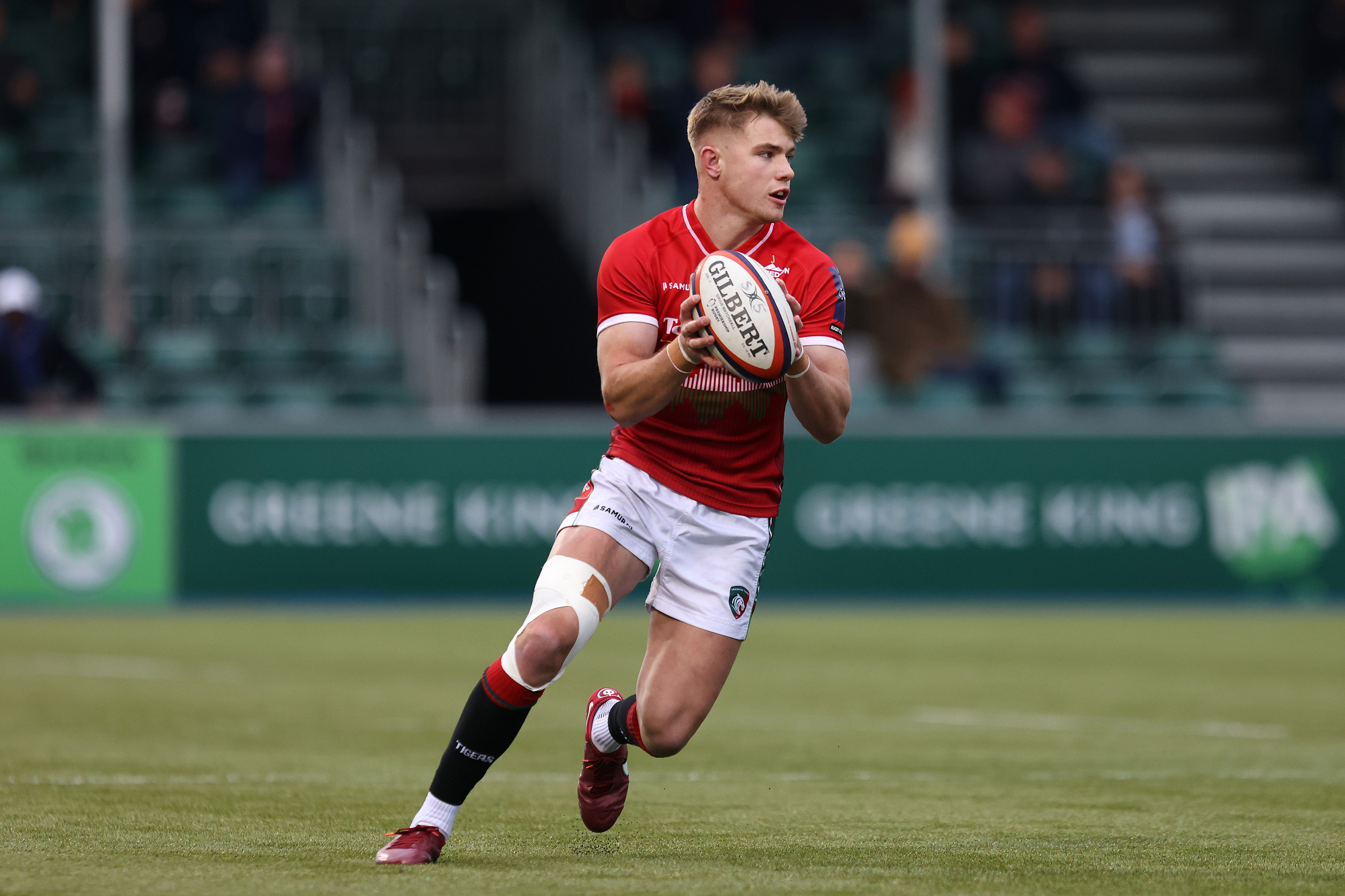 21-year-old Oxford native Charlie Atkinson was picked up recently from Wasps, a product of the latter’s Academy programme.

Such was the elevated level of Atkinson’s game, the fly-half was graduated to the first team set-up at Wasps before the commencement of the 2021/22 campaign after just a year in the Senior Academy.

A talent on both sides of the ball, Atkinson made his debut for Tigers in their loss against Bath Rugby off the bench and followed that appearance up with a starting berth and 10 points against Saracens in the Premiership Rugby Cup.

Atkinson has been entrusted with starts in the Premiership and also in European competitions at a tender age by Wasps, scoring two tries in four starts before his move across the Midlands in October.

On the international stage, caps for England’s under-18 and under-20s sides preceded a 2021 Under-20 Six Nations Grand Slam win alongside Lucas Brooke and Tarek Haffar, with Eddie Jones recognising his talents and including him in a training squad before the start of the 2022 Autumn Nations Series.

Upon his arrival in Leicester, new boss Steve Borthwick said of Atkinson, “It is exciting to be welcoming someone of his calibre and character to the Club, adding to the young group of players who have committed to Leicester Tigers recently.”

A Shane Geraghty-inspired performance guided London Irish to a famous 22-19 win over then reigning champions Leicester Tigers at Welford Road.

The fly-half contributed 17 points from the boot and started the first half faultless from the tee, converting Halani Aulika’s effort on top of two penalties to take Irish to a 13-6 lead into the sheds. 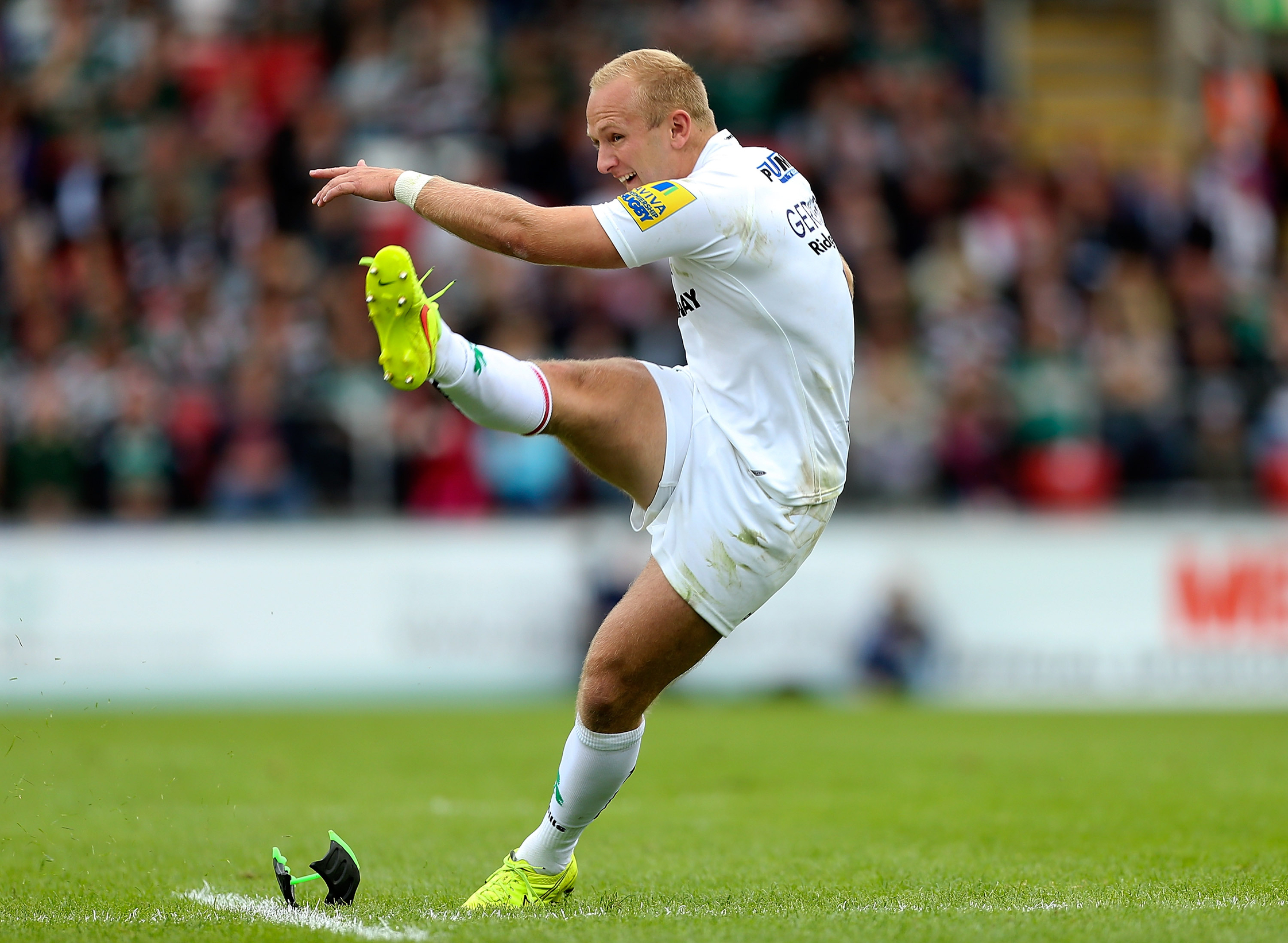 Counterpart Freddie Burns slotted two of his four place kicks in the opening 40, contributing a conversion in the second period following winger Vereniki Goneva’s try as scores were level at 13-all.

Leicester Tigers Head Coach Steve Borthwick projected a sense of fulfilment in his side's performance against Bath Rugby, but nonetheless acknowledged a lack of clinical edge was the deciding factor in the 19-18 defeat.

“I was proud of the performance, I thought the effort was incredible from this group,” said Borthwick.

“For large parts of the game we were in control but we didn’t take the opportunities we created.

“Credit to Bath, they took the opportunity at the end and got the result.”

Leicester took a 15-8 advantage into the break, with the coach admitting the margin of comfort should have even been more, leaving his Tigers open to what would transpire to be a last-minute comeback for the hosts on the evening.

“There were a couple of errors at key moments in that first period, we were in control in the first-half but still didn’t convert the chances we created.

“Errors are part of the game, they are going to happen.

“I can’t fault the effort from the group tonight up against a good Bath side, we knew it was going to be tight tonight and it was.”

Irish confirm side for trip to Leicester