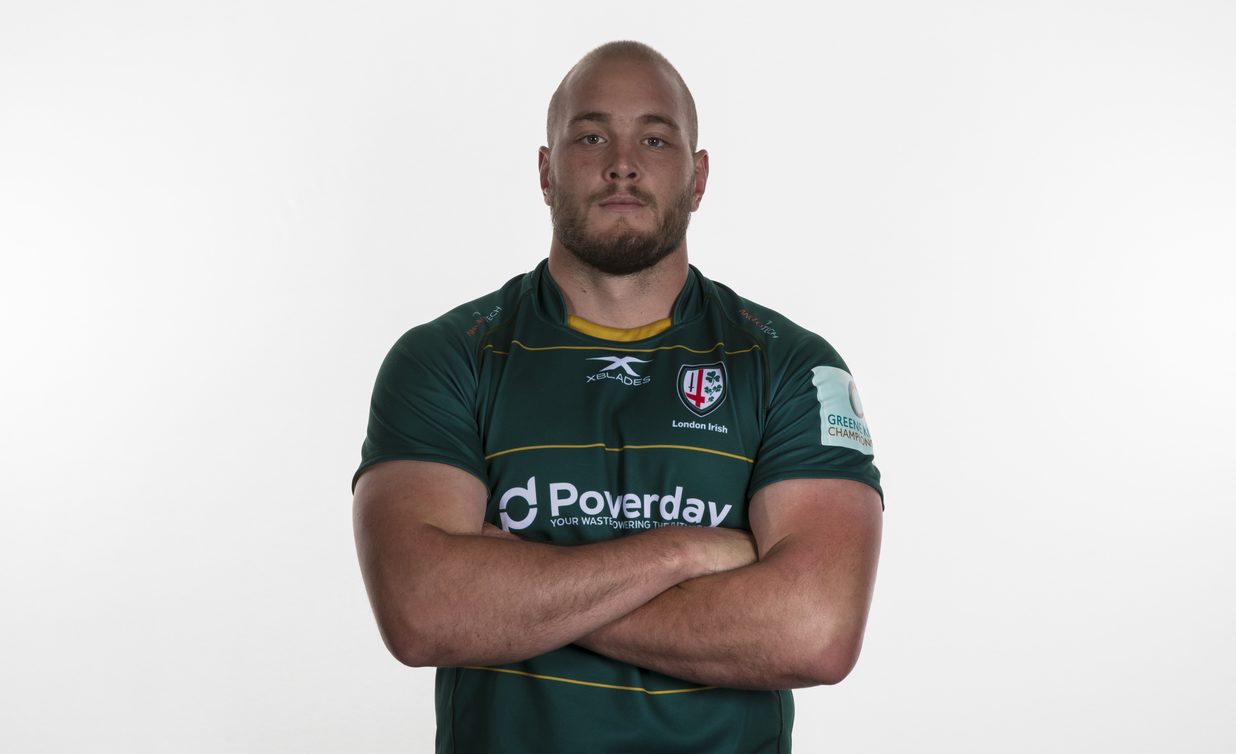 Ollie Hoskins is licking his lips at the prospect of making his 50th appearance for London Irish, the Aussie prop set to reach the milestone when Yorkshire Carnegie visit the Madejski Stadium this Saturday (kick-off 3pm).

Hoskins, 25, who joined the Exiles from Super Rugby outfit Western Force ahead of the 2016/17 campaign, is itching to pull on the famous green jersey for the 50th time.

“London Irish have been awesome to me ever since I rocked up, and to get 50 caps is a massive achievement,” said the powerful tighthead.

“I feel privileged and honoured to join a number of players who have played this many games for the club, and hopefully there are a lot more to come going forward.”

Pinpointing the play-off final triumph over this weekend’s visitors in 2017 as his most memorable moment at Irish, Hoskins added: “It was the best experience that I’ve had here and doing the double over Harlequins last season was nice.”

Hoskins scored his side’s eighth and final try during last week’s 54-17 win at London Scottish, a result that yielded a fifth straight victory for his Irish as the Greene King IPA Championship gathers pace.

The supporters played a key role in the victory according to Hoskins, who said they gave his side a massive lift as soon as they got off the team bus.

“They were fantastic and really gave us a boost ahead of the game,” said Hoskins.

“We could hear them loud and proud throughout the game and it made a huge difference to the way we played.”

Tickets for this Saturday’s game against Yorkshire Carnegie at the Madejski Stadium (kick-off 3pm) are available by calling 0118 968 1016 or visit www.lidirect.co.uk