London Irish renew their west London rivalry on Saturday afternoon when they meet Harlequins for the first time in the 2022/23 Gallagher Premiership season.

The Exiles arrive at the Twickenham Stoop this weekend following a closely-fought tie against Gloucester Rugby, with Adam Hastings’ 53 metre drop goal winning it for the Cherry and Whites by 22-21.

Sale Sharks’ nine game winning run in all competitions came to an abrupt end with the visit of Harlequins in Round 7, finishing 29-13 in Manchester, but the Twickenham-based side are yet to register consecutive victories this season.

Winning the third-most turnovers (10) of the round, Harlequins’ defensive showing was even furthered by their attacking efficiency, scoring the most points of any team last weekend (29) with the second-least number of carries (76) and least visits to the 22 (four).

Both Irish and Quins were in the top five try-scoring sides in the division this season and last, Irish now top alongside Northampton Saints and Saracens with 26 tries and Quins joint-fourth with 25 of their own.

With both sides famed for their attacking prowess, each have demonstrated some impressive numbers off the ball this season; Irish massing the highest rate of tackle completion in the league (90%), with Rob Simmons (five) and Tom Pearson (63) leading the respective lineout steals and frontline tackle categories.

Quins, the only team to have not been carded this term, also have won a league-high average of 8.7 turnovers per match, alongside Will Evans and Jack Kenningham making more defensive ruck entries than any other players (93, 52).

Irish took a famous 22-19 win over their rivals in last season’s league fixture at the Stoop, with the Exiles boasting three wins in their last five meetings against Harlequins in all competitions. 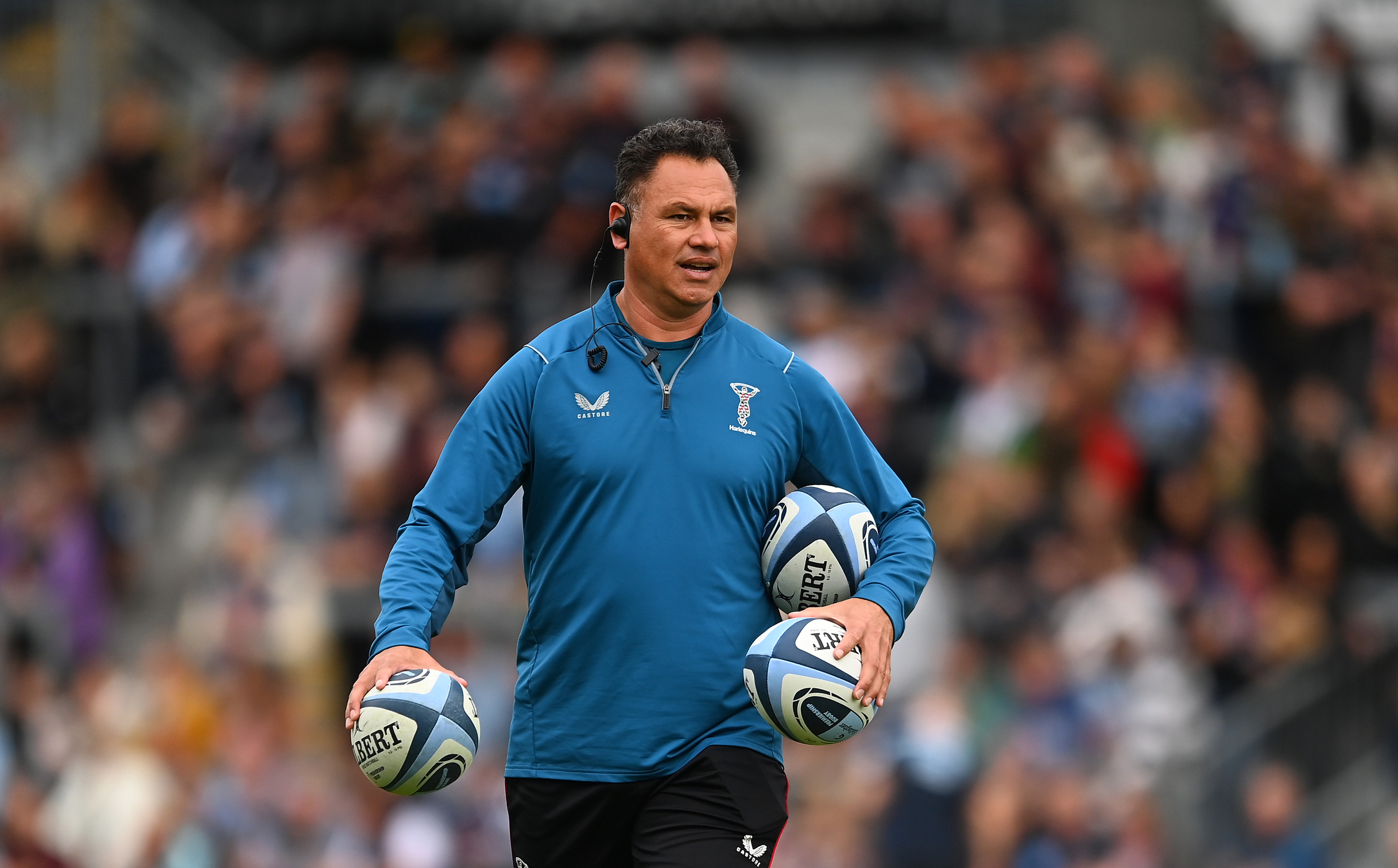 Head Coach Tabai Matson joined the Famous Quarters in the summer of 2021, leading Quins to a successive Premiership play-off berth and also the Round of 16 of the Heineken Champions Cup last term.

Matson had previous experience of the English premier division with a short stay in the West Country with Bath Rugby, alongside compatriot Todd Blackadder.

Having started his coaching career with Yamaha Jùbilo of the Japanese Top League, Matson’s resume also details stints in the Super League with Crusaders and Chiefs, as well as taking charge of the New Zealand under-20s and Flying Fijians.

As a player, Matson not only represented his country of birth, Fiji, and then the All Blacks, but also Crusaders and London Irish.

One to watch- Marcus Smith: 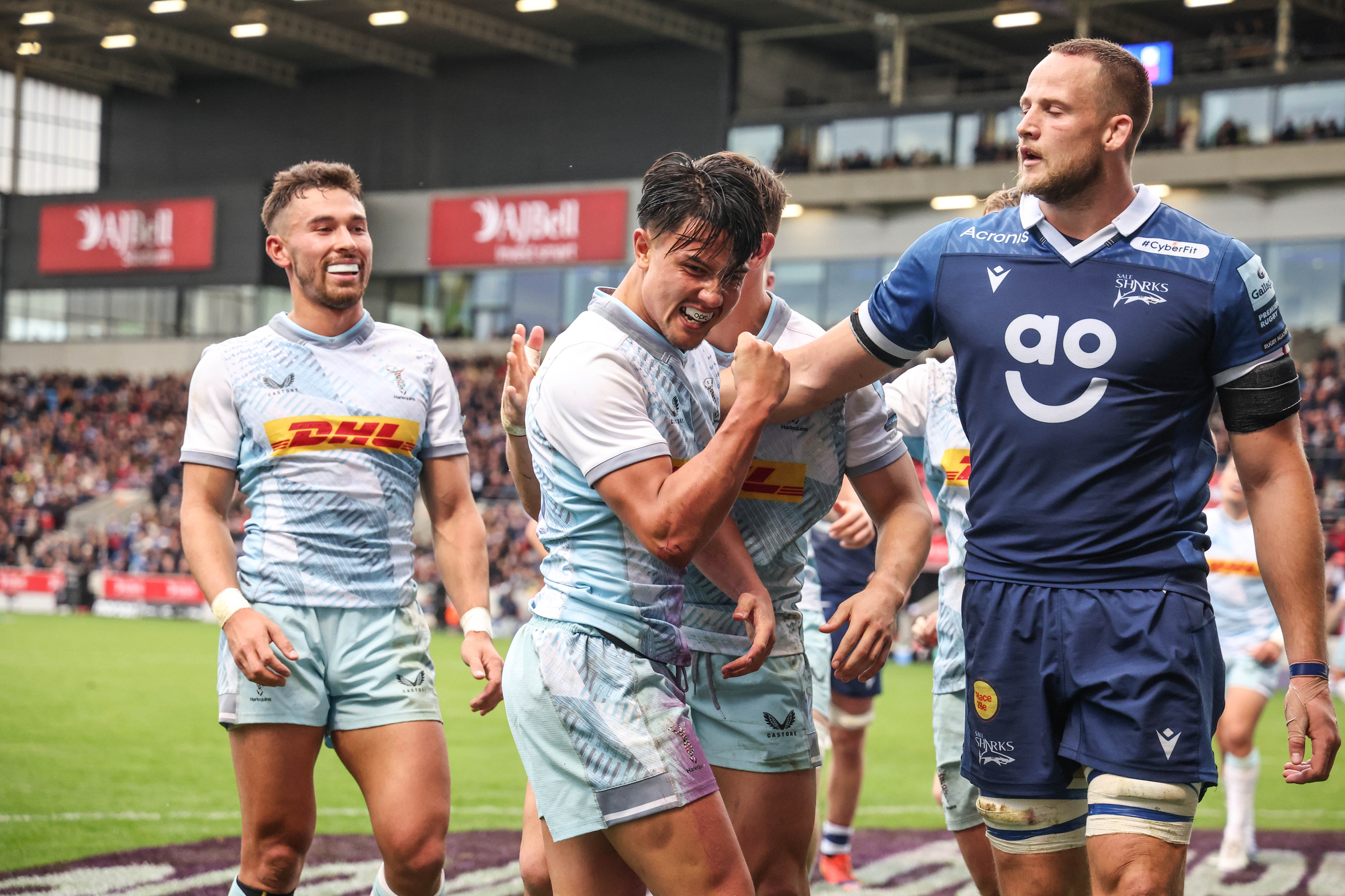 Marcus Smith accounted for half his seasonal points haul in Round 7 vs Sale (24 points, including a try), contributing to every point with a second kick try assist of the season and a 100% success rate from seven kicks to boot.

Since his 100th Quins league appearance against Sharks, Smith has linked up with Eddie Jones’ England training squad in Jersey alongside three Exiles, and looks to add to his 13 senior international caps this autumn for the Rose.

Smith has the joint-fourth highest points in the division with 48 in four appearances (averaging 12 points per game) behind Paddy Jackson’s 57, with the highest successful kicking percentage in the league at a 95% conversion rate.

A product of the Harlequin Elite Player Development Group, he made his debut for his boyhood Club in a loss against Irish in 2017 at Twickenham Stadium and has not only since won a Premiership title, but also toured with the 2021 British and Irish Lions.

London Irish marked a return to the top flight of English rugby with an opening day, 39-29 win over Harlequins at the national stadium.

Topsy Ojo and Tommy Bell, the latter of whom contributed 24 points to the Irish cause on the day, took Irish into the lead with two early scores before Joe Marchant’s own effort. 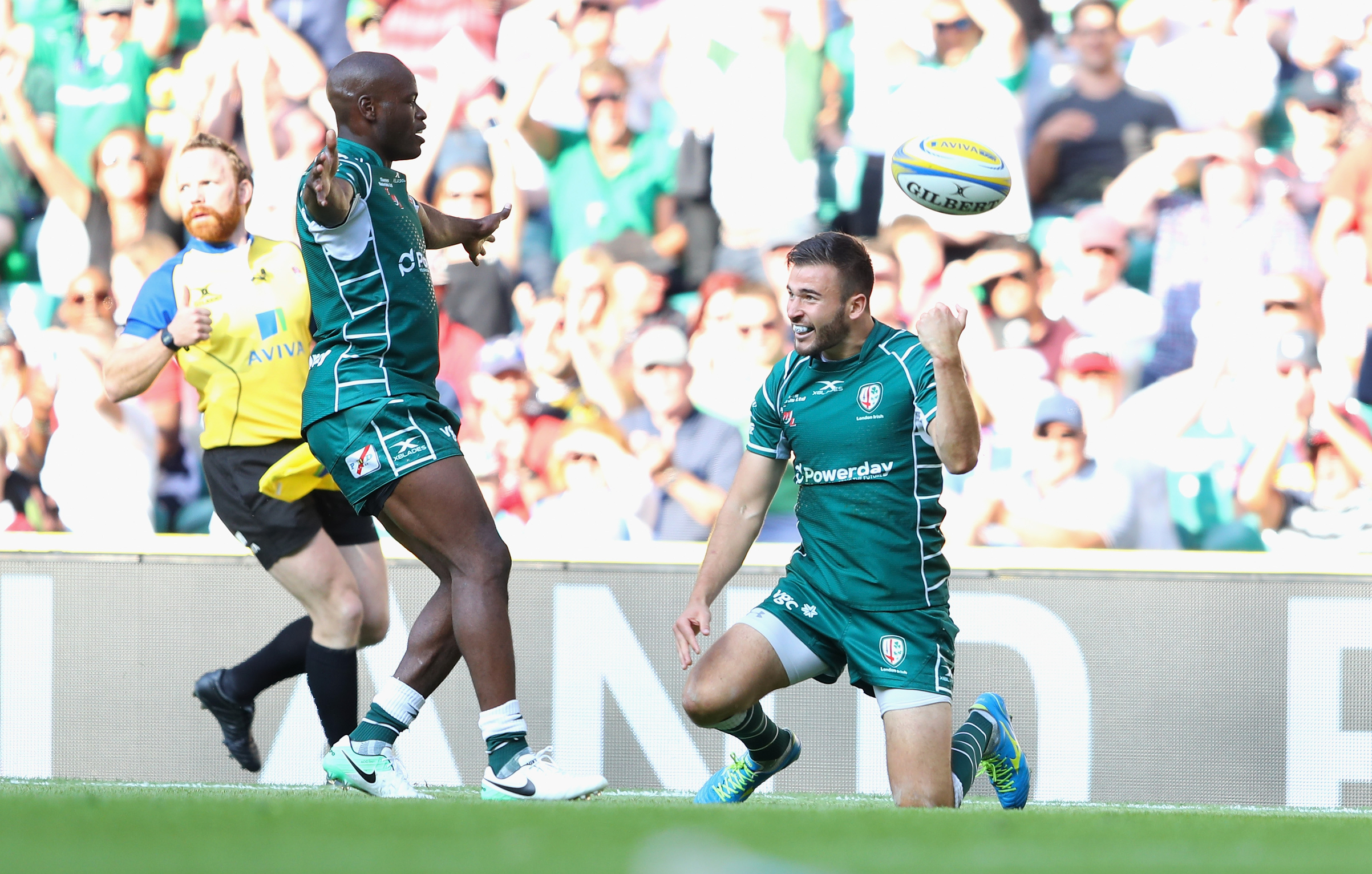 Back-row forward Ofisa Treviranus went over for the home side on the day, but former Exile Marland Yarde accompanied with Quins veteran Danny Care each bagged their first tries of the campaign.

Quins were next to cross the whitewash via winger Charlie Walker to make Irish sweat, but Irish made their extra man count after Mike Brown’s booking through Brendan McKibbin late on.

"Every time Marcus Smith goes away with England he seems to come back a better player, and that's fantastic for us - he set a terrific example again,” Matson declared.

"He measures the tempo and keeps control, and he keeps the scoreboard ticking over.

“To have 100 Premiership appearances under his belt at just 23 years of age is just ridiculous, he's a great young player and he's going to break lots of records.”

Despite it not being “classic Quins”, the former All Blacks international also underlined the gravity of the win that sent Quins into fifth place in the Gallagher Premiership.

"This is a great result - Sale has been a notoriously tough place for us to come over the years but we dug deep.

“We squeezed them at crucial points and though it wasn't classic Quins rugby, we stopped a lot of Sale's momentum at crucial times."