Gloucester Rugby enter the fray as the first Friday Night Lights opponent of the season at the Gtech Community Stadium for Declan Kidney’s London Irish in Round 7 of Gallagher Premiership.

Whilst a tough trip to Sale bore no points in Round 6, the Exiles are unbeaten in their last seven fixtures in all competitions at Gtech, a run that goes back to April this year.

Gloucester themselves are in a rich vein of form after winning their last away trip to Bath Rugby and suffering just one defeat this season to Saracens in Round 3, but still have not won successive league fixtures on the road since January.

Employing a tough, physical style, the Cherry and Whites had the most kicks (37), tackles (163) and turnovers won (17) in Round 6 against Bristol Bears, with centre Chris Harris accounting for 15 tackles (joint fifth-highest of any player that round).

London Irish's attacking style has been omnipresent this year; averaging the second-highest tries scored per game (4.8), the highest average ruck speed in the red zone (2.36 seconds) and the best red zone efficiency in the Premiership with 4.03 points per visit.

George Skivington’s side were aided against Bristol by a brace of tries from Val Rapava-Ruskin and the boot of Adam Hastings, the seventh-most accurate marksman in the Premiership (slotting 16/19 of his attempts) who added 11 to his haul of 41 this year (seventh highest in the Premiership).

The Clubs have an even split of results in their last five Premiership matchups with two wins each and a draw, Gloucester coming out on top in their most recent meeting at Kingsholm in February.

A three-time Premiership trophy-lifter as well as two-time Heineken Cup champion with Wasps, George Skivington made his first move as a professional to Leicester Tigers in 2010, where he won the LV Cup in his final season.

Four campaigns with the Exiles following a 2012 switch saw Skivington move upstairs to Forwards Coach role, not his first venture into the dugout after taking up a coaching role with Ealing Trailfinders in his last two years on the field as an Exile. 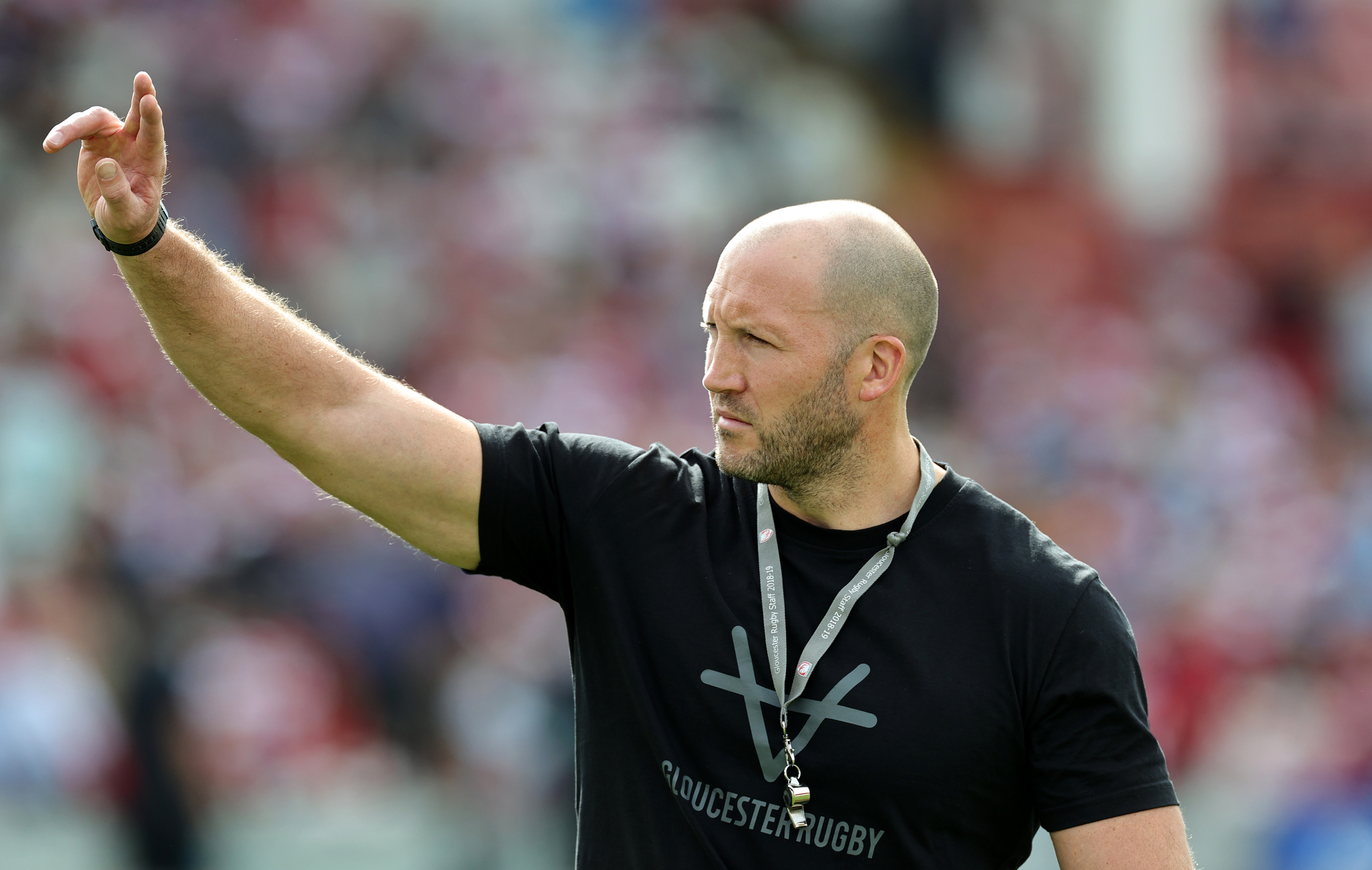 Skivington’s geographical coaching remit expanded to the South Sea as he aided in Samoa’s 2015 campaign, including the Pacific Nations Cup and Rugby World Cup.

During his stay in Kingsholm, the 39-year-old guided Gloucester to a Premiership Rugby Cup semi-final and Challenge Cup quarter-final, just missing out on a first play-off berth since 2019 last season also.

One to watch- Val Rapava-Ruskin 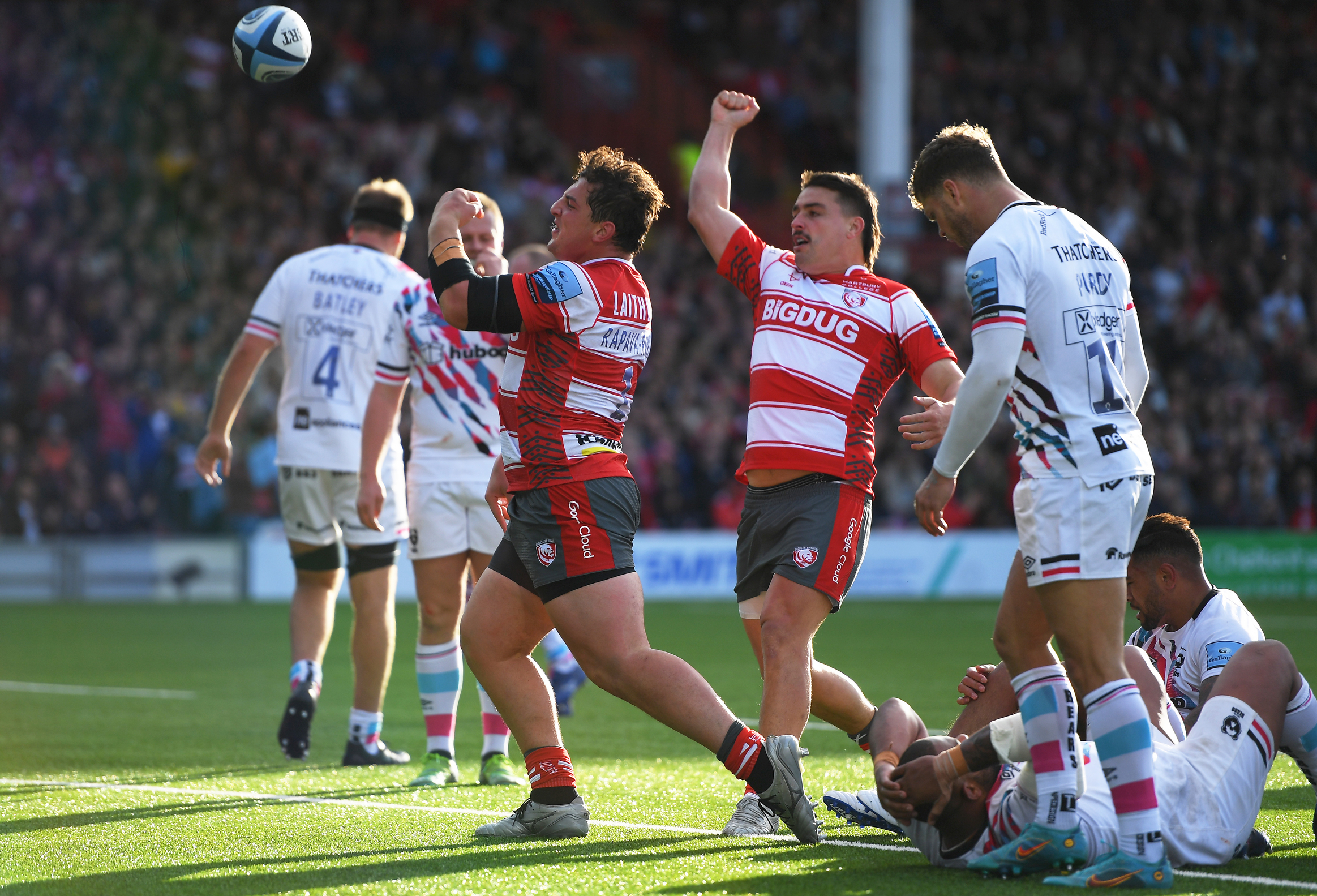 The joint seventh-highest try scorer in the league, Val Rapava-Ruskin has hit a purple patch of points-scoring form early on this term with two braces already in the Gallagher Premiership.

The only other prop to have bagged a deuce of tries this season is Bristol Bears’ Ellis Genge, and in Round 6, Rapava-Ruskin made more metres in contact than any other forward (30) and seven line breaks, the joint-sixth highest league wide.

His scrummaging and defensive acumen are also credible facets of his game, boasting 10 turnovers and a 94% tackle success rate last season in the Premiership.

In what is now his sixth season in Cherry and White, the front-row forward joined from Worcester Warriors after three seasons at Sixways, where he scored an incredible five tries on his Club debut against Doncaster Knights.

The 30-year-old was born in the Georgian capital Tbilisi before moving to England, with his travelling not stopping there as he plied his trade with Western Province, RC Toulonnais and Saracens’ respective youth set-ups.

After being initially included in the preliminary 2019 Rugby World Cup training squad, Rapava-Ruskin was recalled into the international fold this week in hope of gaining his first cap in the Autumn Nations Series, alongside Exiles Henry Arundell and Will Joseph. 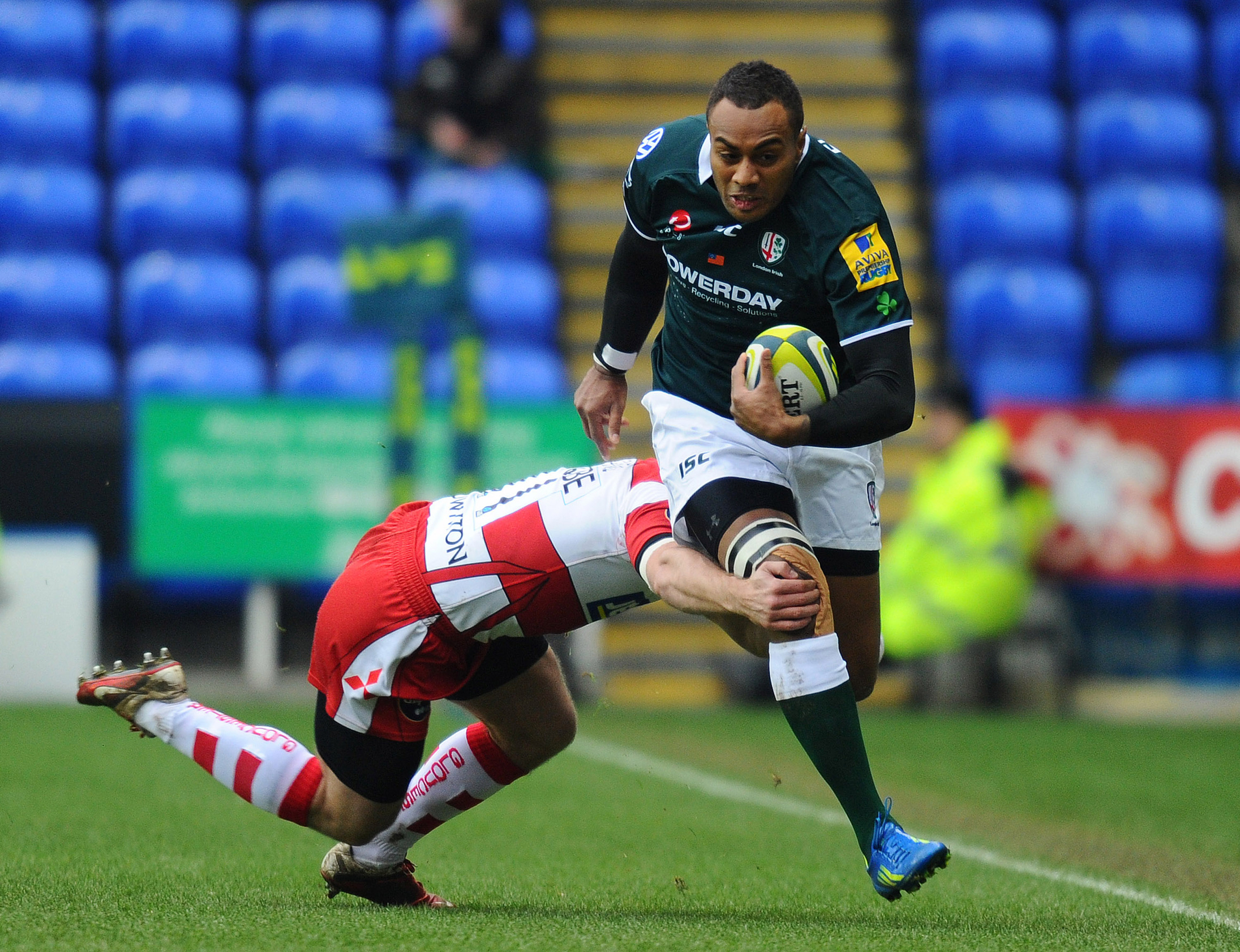 London Irish romped home to conclude the 2011/12 Aviva Premiership season against Gloucester Rugby, scoring six tries in a 52-18 win over the Cherry and Whites at the Madejski Stadium.

Tom Homer’s four penalties lifted Irish to a 12-3 advantage, although that was soon reduced by Tom Voyce’s converted first score.

Irish made their impressionable start count on the scoreboard with further scores arriving via Darren Allinson and three-quarter backs Jonathan Joseph and Sailosi Tagicakibau before the first half was up.

Irish pulled away with the help of a Marland Yarde brace before outside back partner Delon Armitage rounded off the victory, as the five points on the day leapfrogged Irish over their opponents to seventh in the final rungs in the top tier.

Gloucester Rugby Head Coach George Skivington admired the fight in his side to come away with a 31-28 victory over West Country competitors, Bristol Bears in Round 6 of the Gallagher Premiership.

“I am sure for a neutral it was a great game, not so much the coaches,” confessed Skivington.

“Bristol at home two years ago, it was heading for a draw and we gave away a penalty in pretty much exactly the same spot and lost.

"We are in more of these games than we were previously."

The frantic occasion crescendoed at a winning Adam Hastings place kick, and pointing to the work-ons and positives, the former London Irish man took the good with the bad ahead of a visit to Brentford this week.

“I thought our scrum was outstanding, but our lineout and maul probably didn’t fire to the level we are used to firing at.

"We will take that as a blip and work hard on that.

“The old adage of a win’s a win is so true - the doggedness, I am always proud of this team from that point of view.”