Gloucester Rugby welcome Declan Kidney’s London Irish side to Kingsholm Stadium this Saturday (31st) in Round 14 of the Gallagher Premiership.

The Exiles are riding high after securing successive league wins for the first time since February, conquering a previously unbeaten Saracens side 29-20 in Brentford and are in search of a first trio of consecutive wins since early 2020.

A win over Saracens also had significance in the player leaderboards; Ollie Hassell-Collins now the top try scorer (9) and Paddy Jackson the top points scorer (115) in the 2022/23 Gallagher Premiership, with Gloucester's Santiago Socino (6) and Adam Hastings (59) trailing them, respectively.

The most recent outing for Saturday’s hosts saw them visit the East Midlands, losing out 28-13 to Leicester Tigers with their only victory in their last five Premiership games coming against Northampton Saints on 3rdDecember.

Despite the efforts of Jonny May and former Exile Albert Tuisue, scores from Guy Porter and Anthony Watson (2) secured the win for Tigers to leave Gloucester in fifth.

Nevertheless, Gloucester has maintained the reputation of Kingsholm as a fortress having lost there just once in the Premiership since May 2022, and are unbeaten in their last four outings against London Irish.

Irish top the try-scoring charts in 2022/23 with 43 scores (Gloucester trail in third with 39), meanwhile the Cherry and Whites lead the league in turnovers won (87) and kicks (348), with Irish last in the latter category with 245.

With the least number of metres made (3,045) and defenders beaten (152) in the Premiership, Gloucester’s stylistic inclination leans towards the set-piece and tactical kicking.

Scrum-half Stephen Varney and Ben White led the way with kicks in Round 13, the Gloucester scrum-half booting a round-high 17 whilst White made the most metres from his kicks with 538. 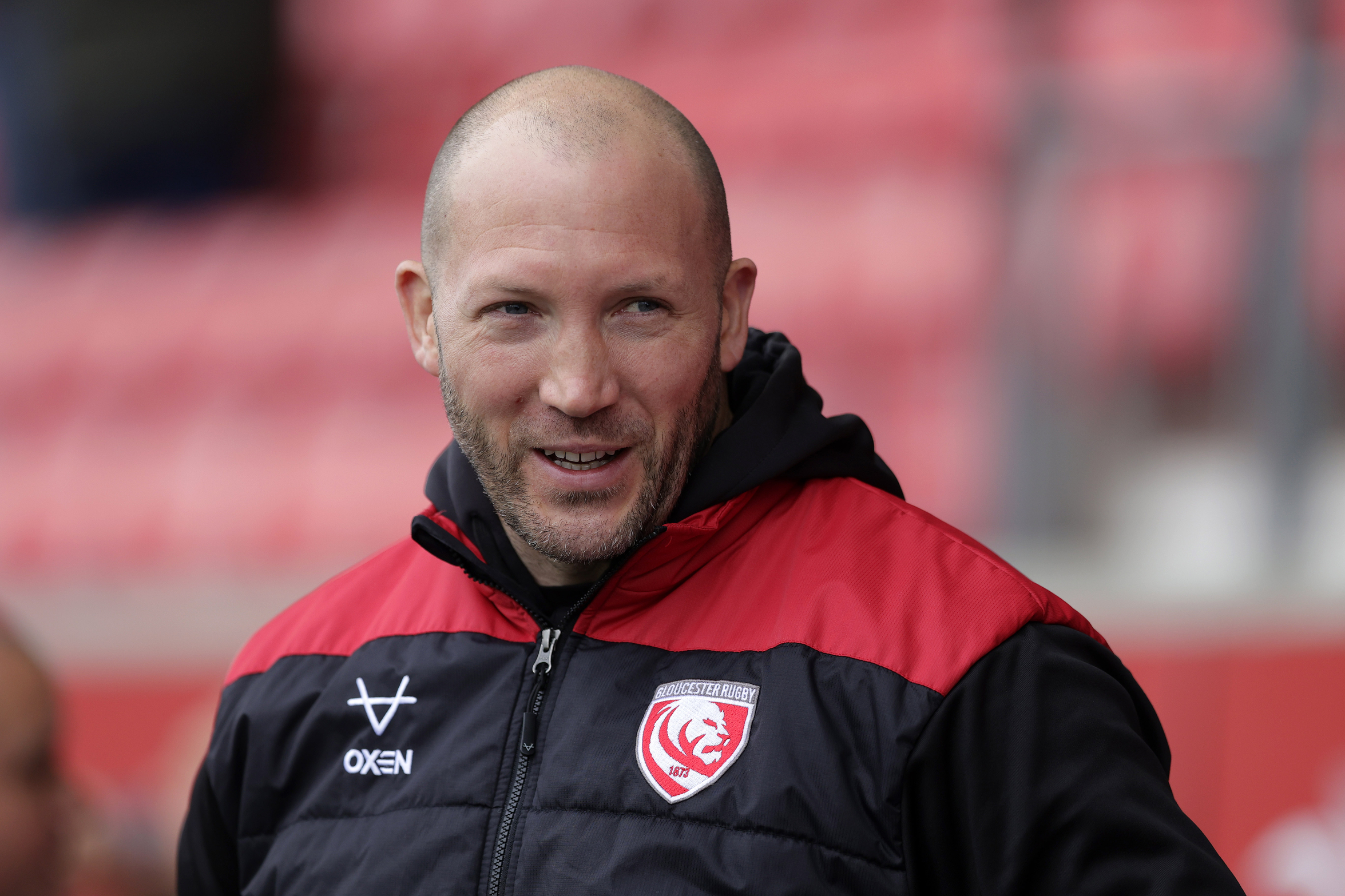 George Skivington is leading the Kingsholm Stadium outfit in his third season in charge at Gloucester Rugby, having been appointed Head Coach in July 2020.

The former Exile has reached consecutive European knock-out berths with the Cherry and Whites, having narrowly missed out on a Premiership play-off spot last term by two points.

As a player, the former lock forward was a multiple Premiership and Heineken Cup victor with Wasps, also winning the LV Cup with Leicester Tigers before a 2012 move to Reading.

His time with London Irish spanned across his days on and off the field, being awarded the Club captaincy with the Exiles before becoming Forwards Coach.

Skivington tested his coaching capabilities within various set-ups in the game, aiding in Samoa’s 2015 Rugby World Cup campaign as well as Ealing Trailfinders’ promotion from National League 1 in 2015.

One to watch- Ruan Ackermann:

A Gloucester Rugby centurion, Ruan Ackermann joined the set-up in the West Country in 2017 under father and then coach, Johan, and has impressed ever since.

A back-row powerhouse, Ackermann has made more carries (159), gain line carries (79), contact metres (208) and dominant carry contacts (59) than any other Premiership player this term.

His total of 105 tackles (10 behind league-leader Tom Pearson) situates him in the top 10 players of the division, additionally sitting joint-eighth in the turnovers won rankings alongside Pearson with nine each. 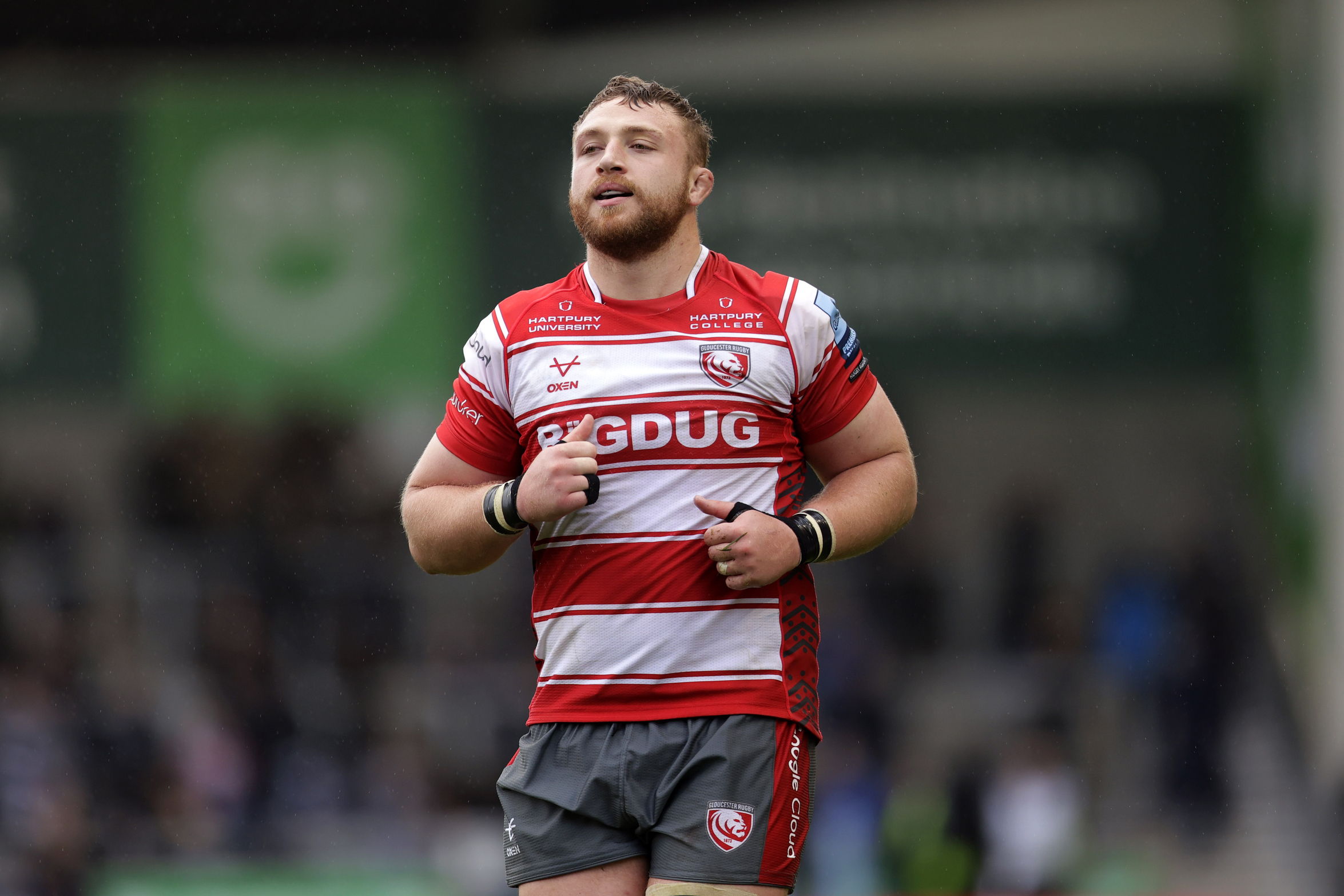 Despite the loss in Round 13 to Leicester Tigers, the 27-year-old led the league with 21 carries, nine of those breaching the gain line in a typically dominant ball-in-hand showing.

Many have tipped the South African-born loose forward for international honours, his Head Coach George Skivington being no exception, having previously represented Barbarians and his home country’s ‘A’ side.

After not scoring in his first seven outings against the Exiles, Ackermann has made a habit of touching down against Irish with three tries in his last two appearances. 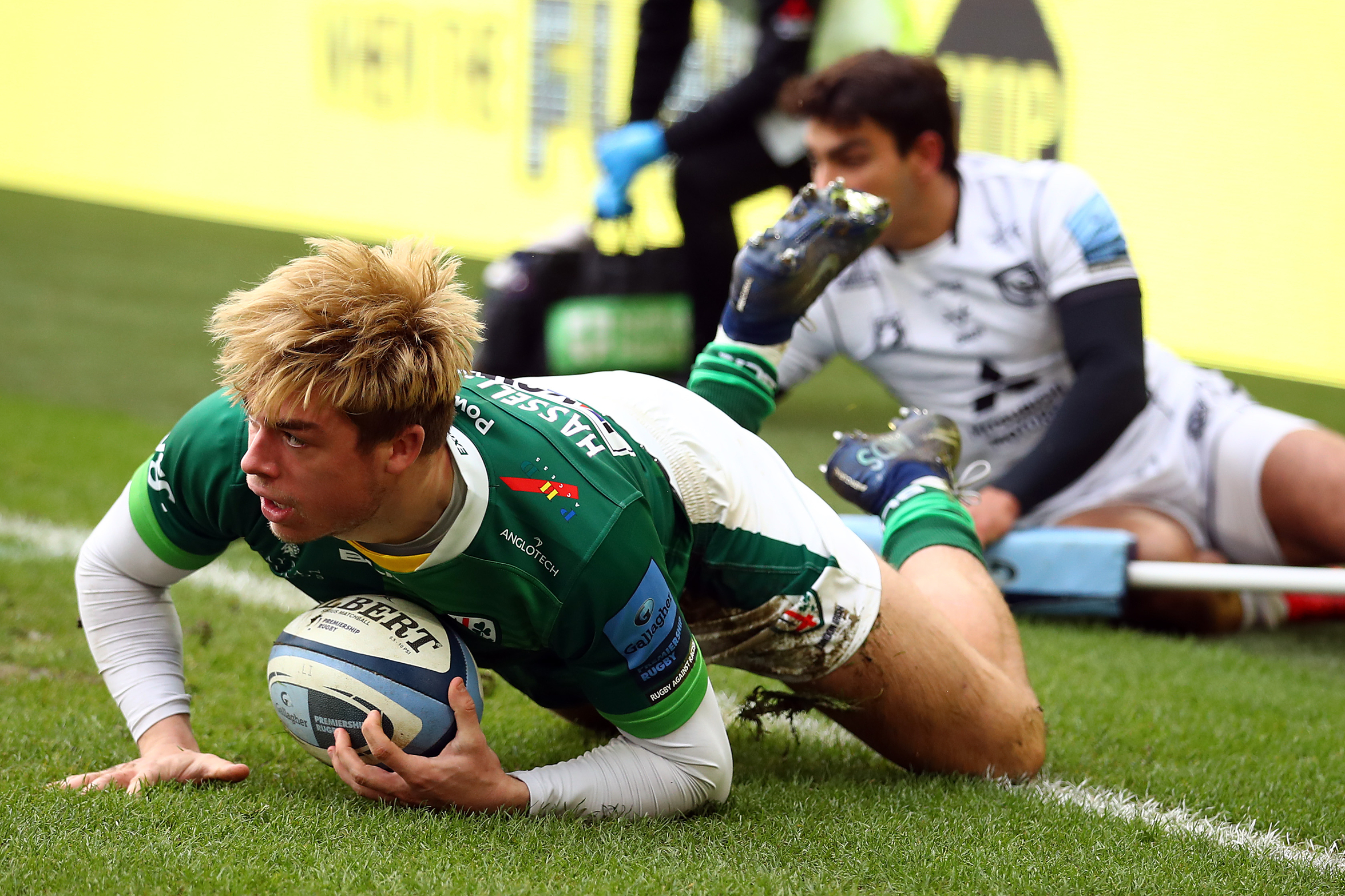 London Irish secured consecutive bonus point wins in the 2021/22 Gallagher Premiership with a win over Gloucester Rugby, who relinquished a 14-12 lead at the break.

Henry Trinder and Alex Craig touched down for Gloucester in the opening forty but it was Blair Cowan who opened the Exiles’ account early on from an Adam Coleman charge down.

Youngster Ollie Hassell-Collins too bagged a try in the first half, Cowan then building on the momentum after a smart interchange Albert Tuisue before Agustín Creevy secured the all-important try bonus point.

Mark Atkinson proved elusive through the home side’s rearguard to set up a tense finish, Tom Parton’s converted try was capitalised upon with a crucial Paddy Jackson penalty as Billy Twelvetress late score salvaged points for the travelling side.

Ahead of the visit of his former Club London Irish, Gloucester Rugby Head Coach George Skivington evaluated the test posed by the Exiles in Round 14 of the Gallagher Premiership.

“Irish have been playing well, I think they’ve lost something like seven games by one score and they showed real character to be the first team this season to beat Sarries,” he said.

“They’re a really good attacking team; they like to be expansive, and they also have a strong set piece.

“So, a lot of challenges, but we have lots of work to focus on ourselves.

“It will be nice to cap off 2022 with a performance we can be proud of on New Year’s Eve.”

Commenting on the previous outing for his men, the 40-year-old elaborated on the disappointment following a defeat to reigning champions, Leicester Tigers.

“We ended up losing some key guys early on for the game plan we wanted to play.

“In the first half we did well to create some high-pressure situations, but in the second half we probably didn’t play very smart, and I’ll take accountability for that.

“I think with what happened in the second half, with players out of position I probably should have stripped it back and not played so expansive.

“We’ve had good reviews and a lot of honest chats, and we’ve looked at the game, but we were disappointed because we were excited for that fixture.”