London Irish make their return to the Gallagher Premiership in Round 10 of the 2022/23 season, preparing for a trip to Devonshire for a match-up with Rob Baxter’s Exeter Chiefs.

Irish haven’t played since a difficult 26-24 loss to Harlequins at the Stoop, missing out on a Premiership gameweek against Wasps but take on a keen Exeter side with a point to prove.

Chiefs are winless in their last three league meetings, a run that included a first home reverse since March against Saracens, and haven’t lost four in a row in the Premiership since 2015.

Their most recent loss arrived at the cinch Stadium at Franklin’s Gardens, Northampton Saints moving into the Premiership play-off spots as a late George Furbank misfire from the tee awarded Chiefs a losing bonus in a 26-19 defeat.

In that Round 9 loss, Chiefs performed commendably as a team with the most carries (140), metres made (436) and defenders beaten (27) in the round.

Yet, Chiefs average the least number of tackles (95.1) and turnovers won (4) per 80 of any Premiership side, where conversely, Irish have the highest rate of tackle completion in the league (89%).

Last year, the Exiles achieved a first Premiership double over Exeter Chiefs since the latter’s promotion season in 2010/11, adding to a record of two wins in their last three visits to Exeter Chiefs and three wins in the last five contests between the Clubs. 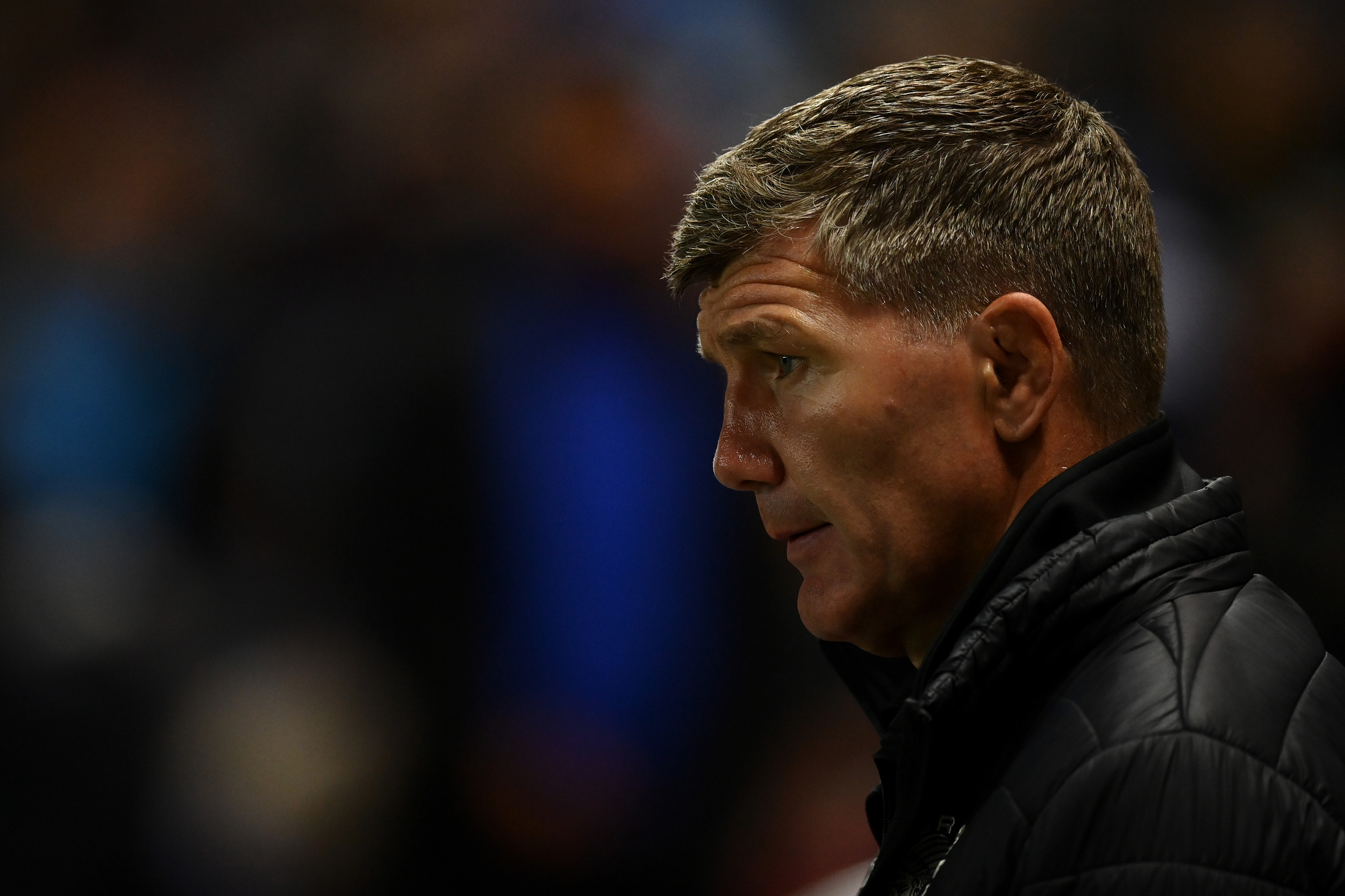 Tavistock native Baxter, a staple of Exeter Chiefs, began his rugby career as a colt for the Club and served as a captain of the team for a decade.

When starting his coaching career, the 51-year-old began as the Director of Rugby of nearby University of Exeter before a move to Chiefs, initially involved with the United side before a switch to Forwards Coach.

2009 saw Baxter being graduated to the Head Coach position, and has since steered his Club to an unheralded period of success that includes a promotion from the Championship, two league titles, two domestic cups as well as a first Champions Cup trophy lift.

Talking recently, Baxter spoke highly of new Academy recruits from Wasps Alfie Bell, Greg Fisilau and Immanuel Feyi-Waboso, stating he is finding the next group whose “sole focus is winning”.

One to watch- Olly Woodburn:

The one-time Exeter Chiefs Player of the Season has made a sizeable impression in his eighth campaign at Sandy Park already.

Woodburn has made the third most metres in the 2022/23 Premiership with 484, his 20 defenders beaten are the sixth-most league wide with eight line breaks the 10th most.

On top of his three tries this term, four try assists situate the experienced winger joint-fifth in the division and in the top 10 with Henry Arundell and teammate Harvey Skinner. 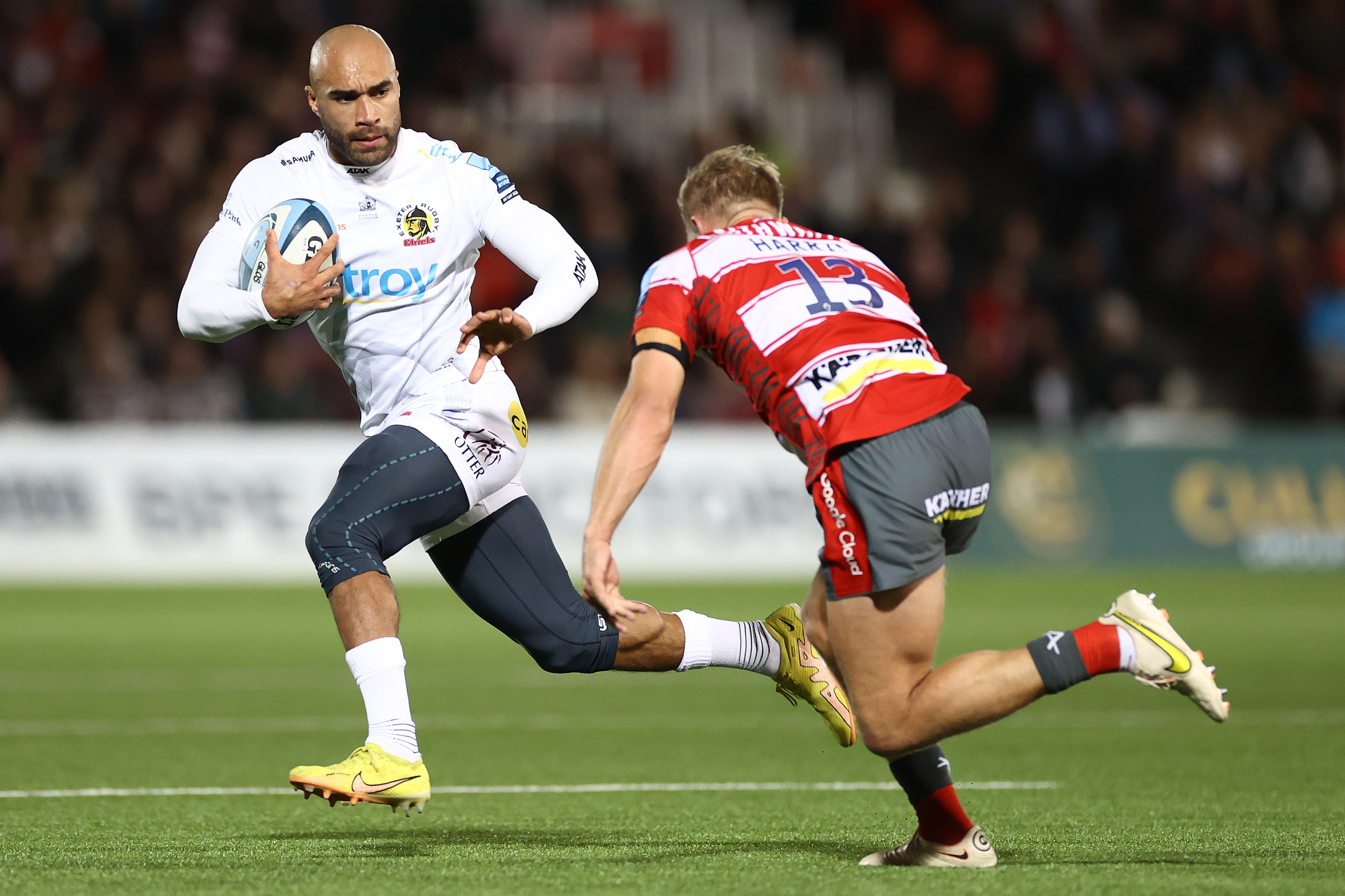 Against Irish last season, Woodburn touched down in a 18-14 defeat for his Chiefs in what was his ninth appearance against the Exiles, the first coming all the way back in 2011 when he then represented Bath.

A Bath Academy graduate, the 31-year-old joined Exeter ahead of the 2015/16 season after four years with the Recreation Ground side and has registered 51 scores in 144 Chiefs appearances since.

On top of an impressive try-scoring record, Woodburn is a two-time Premiership champion, as well as a Champions Cup and Anglo-Welsh Cup victor under Director of Rugby Rob Baxter. 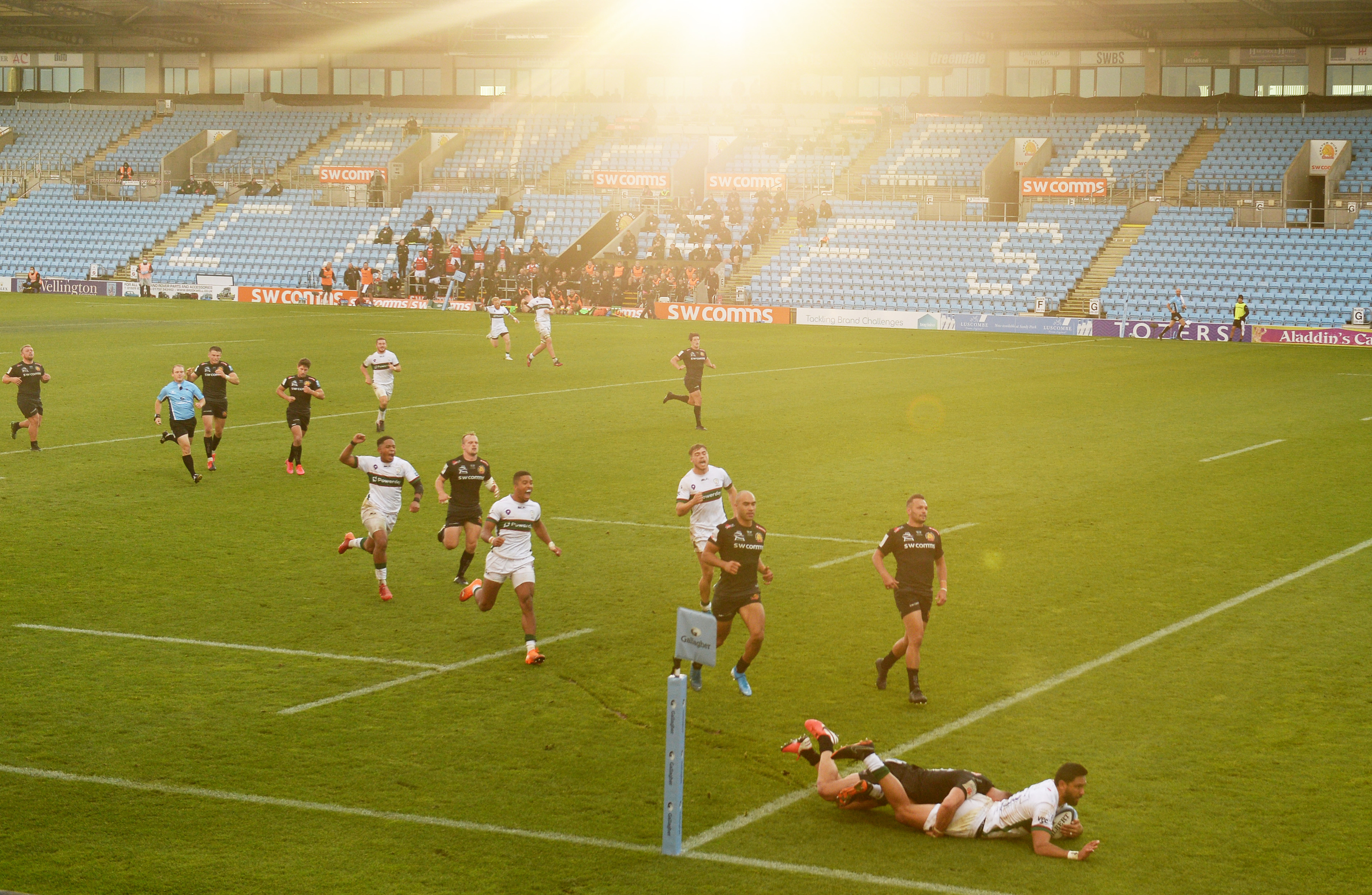 A frenetic affair at Sandy Park ended with London Irish picking up their first win over Exeter Chiefs in five years back in 2020 to finish 22-19.

A Paddy Jackson penalty to open the second quarter would prove vital on the day, slotting the only place kick that afternoon before the ensuing points-scoring would begin.

Throughout the game, the lead changed hands seven times with Will Witty opening the try-scoring exploits on the day, not long before Ollie Devoto’s five-pointer was sandwiched by scores from Irish’s Matt Cornish and Curtis Rona.

Tom Hendrickson’s converted score would hand Exeter back the advantage, but Agustín Creevy’s maul effort took Irish back in front as the Exiles held on for the win against the then league-leading side.

Exeter Chiefs Head Coach Ali Hepher analysed the performance of his Chiefs side following on from a Round 9 reverse to Northampton Saints in the East Midlands.

"To get a bonus point from the position we were in was obviously pleasing at that stage,” Hepher declared.

"We got ourselves in it, we were in the fight, and we got a little bit naïve to give them the shot back into it, whether it was the penalty or our maul defence at the end.”

With 15 penalties conceded by Chiefs against Saints, ill-discipline may have proved the West Country side’s undoing but Hepher took the positives from his side’s attitude.

"I'm pleased with the attitude of the players.

“We were right in the fight, and if we maintain that we'll iron our all these little errors around the field and we'll get better."