A crunch Gallagher Premiership clash awaits for London Irish in Round 15 of the competition, with Pat Lam’s Bristol Bears arriving in Brentford this Sunday (8th).

Following on from a famous win at the Gtech against Saracens, Gloucester Rugby edged out Declan Kidney’s Exiles with a late penalty kick from Santiago Carreras to close out 2022.

Including the reverse to the Cherry and Whites at Kingsholm, Irish have attained losing bonus points in their last five defeats and additionally registered the third-most tackles in Round 14 with 138.

They return to their home in west London this weekend having lost just once in Premiership games since April, nevertheless, Bears are unbeaten at the Gtech and have tasted defeat only once to Irish since 2009, coming in a 32-49 defeat at Ashton Gate in 2022.

Sitting at the foot of the league standings with Irish in ninth, the West Country outfit approach the game having won their last three matches, including away to Harlequins.

A strong defensive effort at the Stoop (fifth-highest tackle count of the round, 134) saw Bears close out a scoreless second half from their team to win 15-12, despite having the least amount of visits to 22 (3) and carries (71) of the round.

Having played out a bye week, Bears return to the west side of the capital in search of a first pair of successive away Premiership wins since May 2021.

Throughout the season, the Ashton Gate outfit average the least number of kicks per game with 22.8, Irish being just ahead on 23.6, and also record the second-most metres per game with 425.6.

He spent a short time involved with Samoa as a coach before a move to the west of Ireland, competing in three Rugby World Cup campaigns for the Pacific nation alongside a cap for his country of birth, New Zealand.

In a short turnaround since linking up with Bears in 2017, Lam led the Club to a successful promotion charge from the Championship to the helm of the Premiership in three seasons. 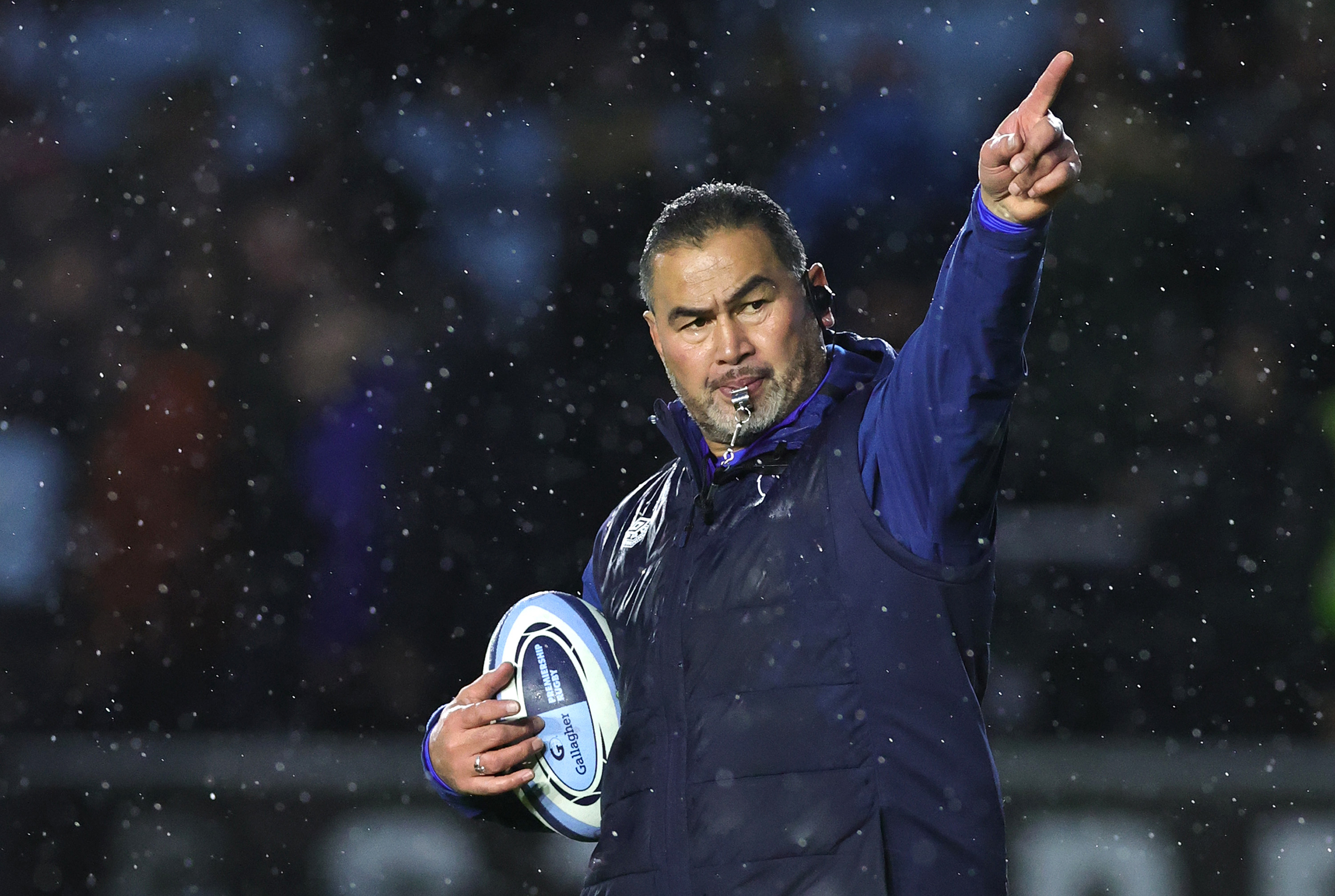 Upon return to the Premiership Bristol finished in the highest table positioning of any promoted team in 12 years, then winning the side a first major trophy since 1983, the 2019/20 EPCR Challenge Cup, in what is an extensive résumé.

Time on the field for the 54-year-old is almost as impressive, playing for Crusaders to then go on and win the first Premiership title with Newcastle Falcons as well as captaining Northampton Saints to their first Heineken Cup in 2000.

Upon conclusion of his playing days, Lam started his venture into the technical area with the Scottish national team in their 2003 Rugby World Cup campaign to then move back to Auckland and Blues.

One to watch- Fitz Harding:

23-year-old Fitz Harding became part of the set-up at Bears as of July 2020, signing on to their Academy set-up after sharing the field with Exile Josh Basham at Durham University.

In his time in the north of England, he aided in a BUCS Super Rugby title lift for Durham and was then shortlisted for a Player of the Season gong in the tournament.

Having studied at Wellington College, Harding went onto Durham to study history and made his name in the university scene before being picked up by Bears. 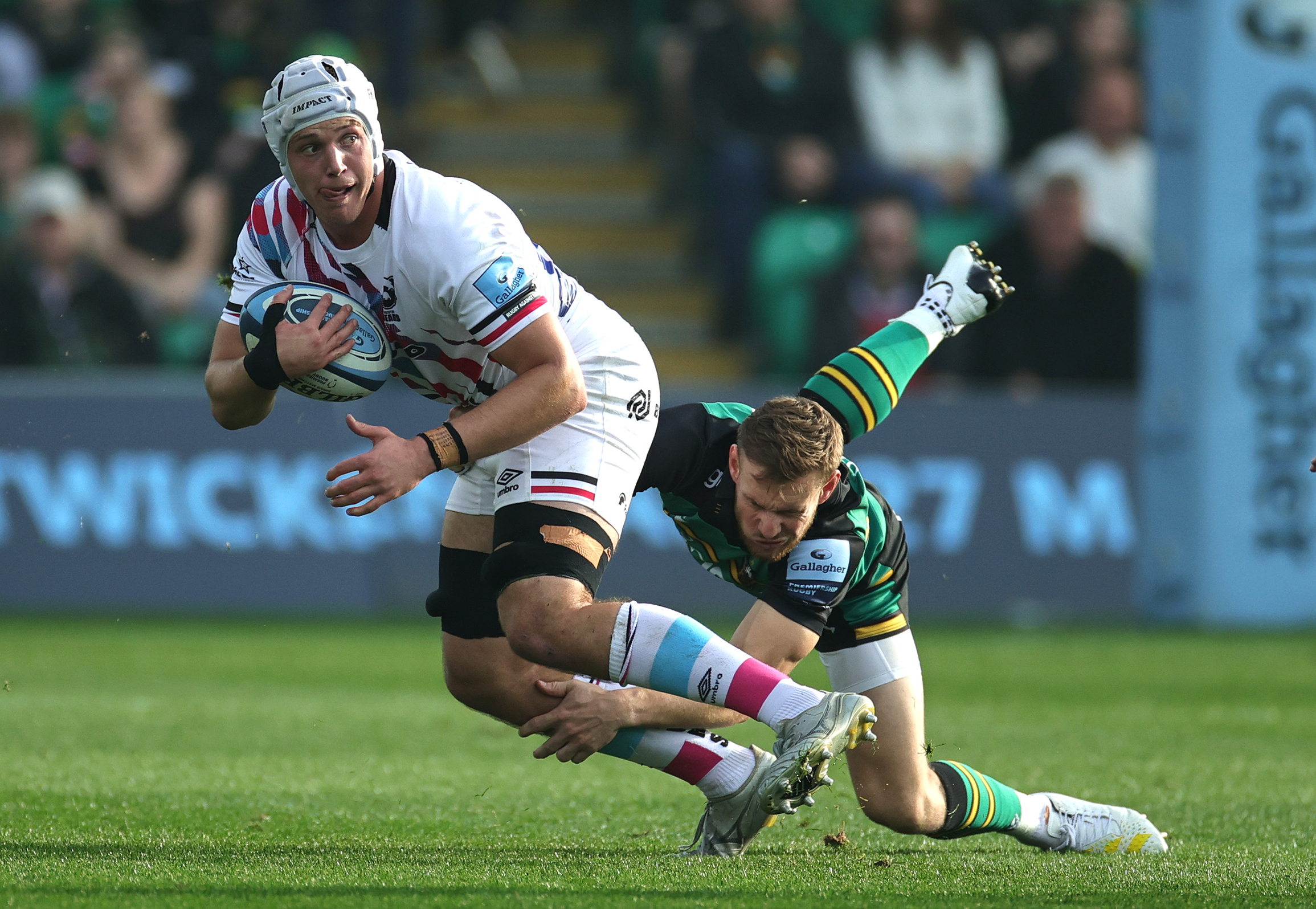 A breakout season after penning his deal with Bristol saw the back-row forward make his Club debut in a substitute appearance against the Exiles three months later in the Premiership.

Harding possesses deft handling and bustling runs that will look to pose a threat to a London Irish side he has faced three times so far, having been sidelined in the return fixture at Ashton Gate back in September.

Last term, 22 first team appearances saw him fully integrated into the Bears fold as a senior squad player, and has since added to that figure with seven further games and a try against Perpignan in the EPCR Challenge Cup. 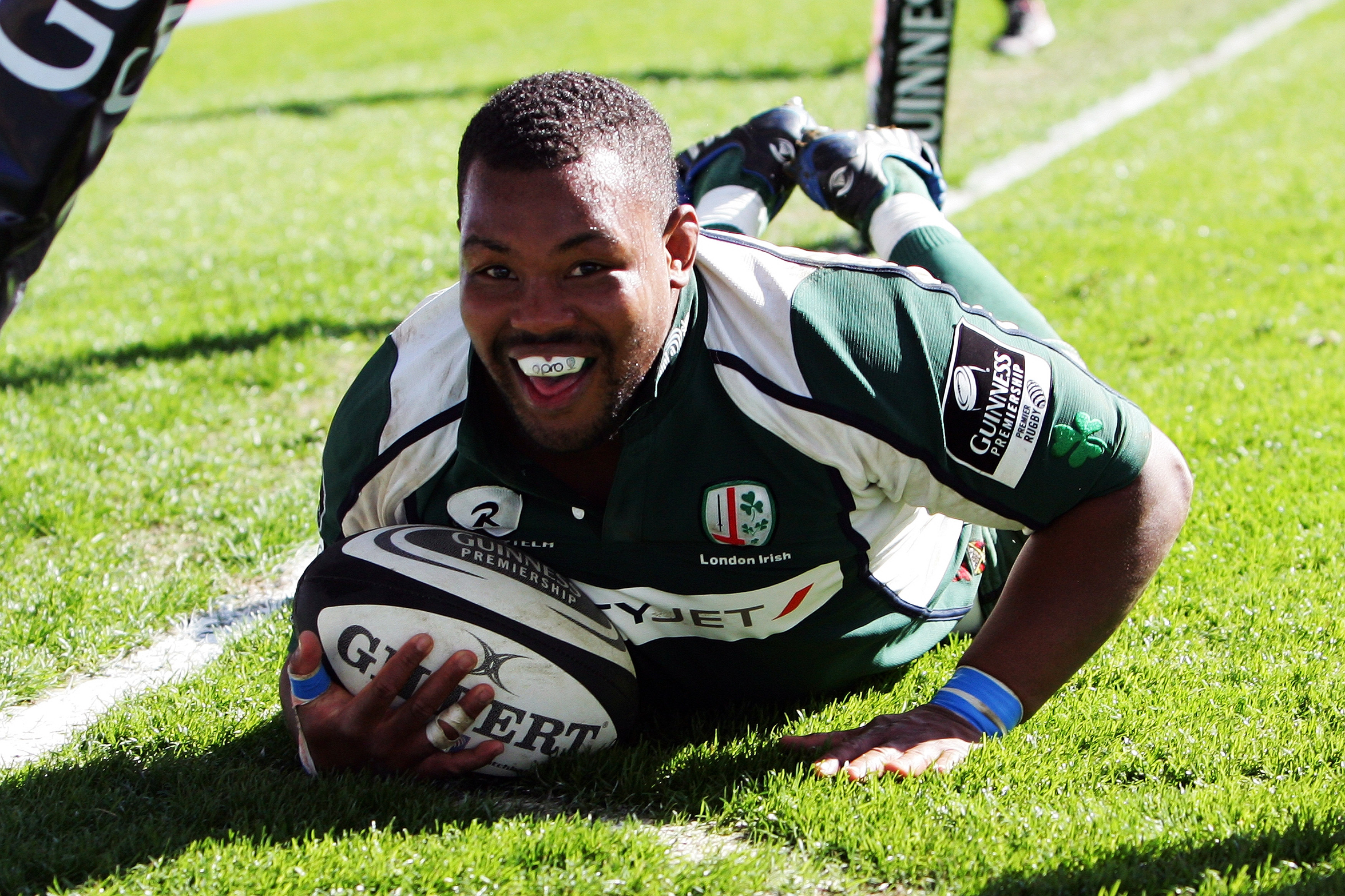 London Irish strengthened their play-off credentials in a deciding result against Bristol at the Madejski Stadium in the 2008/09 season, whilst the away side were condemned to the second tier.

Scott Linklater pushed his way through traffic for a first try, leapfrogging Tom Homer’s opening penalty, but Irish were to fight back through forward power represented in Nick Kennedy sauntering through and then Steffon Armitage.

Having taken a nine-point lead into the break, Kennedy resumed his scoring tendencies to extend the Irish cushion but David Lemi’s intuition saw him race away for a score after telegraphing a pass.

It wasn’t to be for Bristol as Paul Hodgson burrowing over closely followed Adam Thompstone’s brace settled the game, a late Luke Eves score proving only as a consolation.

Bristol Bears Director of Rugby Pat Lam has confirmed that England front-row duo Ellis Genge and Kyle Sinckler, as well as Joe Joyce, are available for selection against London Irish this weekend.

“He [Ellis Genge] is excited,” Lam commented on Genge’s return, who has not played for his Club in over a month.

“He was tied up with England earlier this week with Kyle but both of them are back, trained well yesterday and are in the frame for this week.”

Lam also took time to offer his praise for short-term injury cover and former Exile Elliot Stooke, who departed for Montpellier Hérault this week, and underlined the impact of returning players from the sidelines.

“Elliott Stooke was on a short-term thing, he’s now left which we purposely timed for Joe Joyce so he comes back in.

“Elliott was great, he came in and did a job for us; really helped us when we were struggling in the second row but it’s good to have Joycey back.

“The timing of the guys’ returning; you see the difference with Steven Luatua, who came back after a long break, also Semi Radradra - rugby players don’t like being out for a long time, they don’t like watching rugby.

“Injuries are character-building but it also allows excitement to come back into their game, so I expect the same from Ellis and Kyle.

“Both of them haven’t played for a while so we should see a lot of enthusiasm and excitement.”