Declan Kidney’s London Irish are back at home in Brentford for the fourth round of the Gallagher Premiership this Saturday, with the visit of Bath Rugby.

In what is the first match at the Gtech Community Stadium with supporters between the Clubs, Irish enters the fray on Saturday boasting a strong home record - having lost just two of their last nine home fixtures in the Premiership.

The west Londoners, unbeaten in two outings at the Gtech in domestic competition, recovered from a closely fought battle in Bristol with an even closer reversal of fortunes against Northampton Saints in the Premiership Rugby Cup.

Bath Rugby is winless in their Premiership campaign this term, picking up losing and try bonus points in defeats against Bristol Bears and Wasps respectively.

Van Graan’s side have not tasted victory since a win against Saturday’s opponents in Irish’s final league run-out of the 2021/22 season at the Rec, additionally last winning away from home against Newcastle Falcons in February.

In the men in Blue, Black and White’s last outing against Wasps, they recorded the third-most turnovers won in Round 3 with 8 (behind Irish’s leading 10), with the fifth-most carries (124) and defenders beaten (19).

One of Bath’s new recruits, the experienced Quinn Roux, made his debut last weekend and his second-row contemporaries Dave Attwood and Josh McNally caught the eye who were in the top 10 players for lineout won (own throw), with Attwood’s three lineout steals in 2022/23 joint-second highest with Rob Simmons.

South African-born Johann van Graan became part of the Bath Rugby set-up over the past offseason, joining after half a decade with Munster Rugby.

Speaking after his arrival at the Recreation Ground, van Graan told of his ambition with Bath: “I’ve got a vision of where I believe we can go to, but you need buy-in from everybody.

“We want to dream big, we know that we’ve got such a long way ahead of ourselves and we’ve got a lot of work to do, but you’ve got to start somewhere." 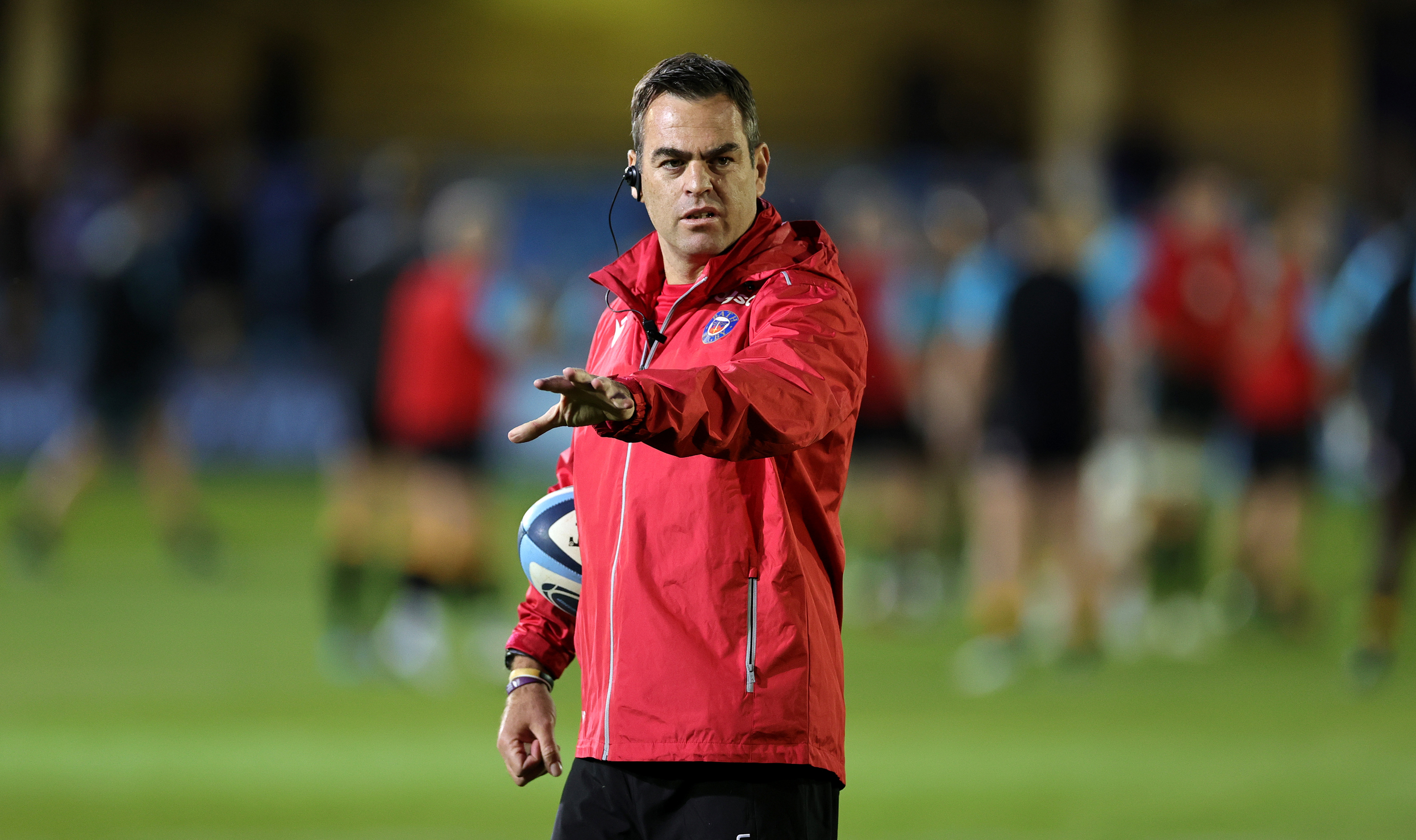 In his time with the province, the 42-year-old guided Munster to two Heineken Champions Cup semi-finals, three league semi-finals and one Pro14 final.

Van Graan’s experience in rugby expands to the international scene, where he led his native country as Forwards Coach in the 2015 Rugby World Cup after time spent with Bulls.

He won three Super 14 titles with the Pretoria-based side, then moving into a position with the national team before linking up with long-time collaborator and current Bath Defence Coach JP Ferreira in Limerick.

One to watch- Will Muir:

Will Muir’s 122 metres from six carries against Wasps was the fifth-most of any player in the third round of the Gallagher Premiership.

The winger was also joint-top in line breaks (4) last weekend, with his seasonal total of five situating him sixth overall in the division as Henry Arundell tops the charts with seven. 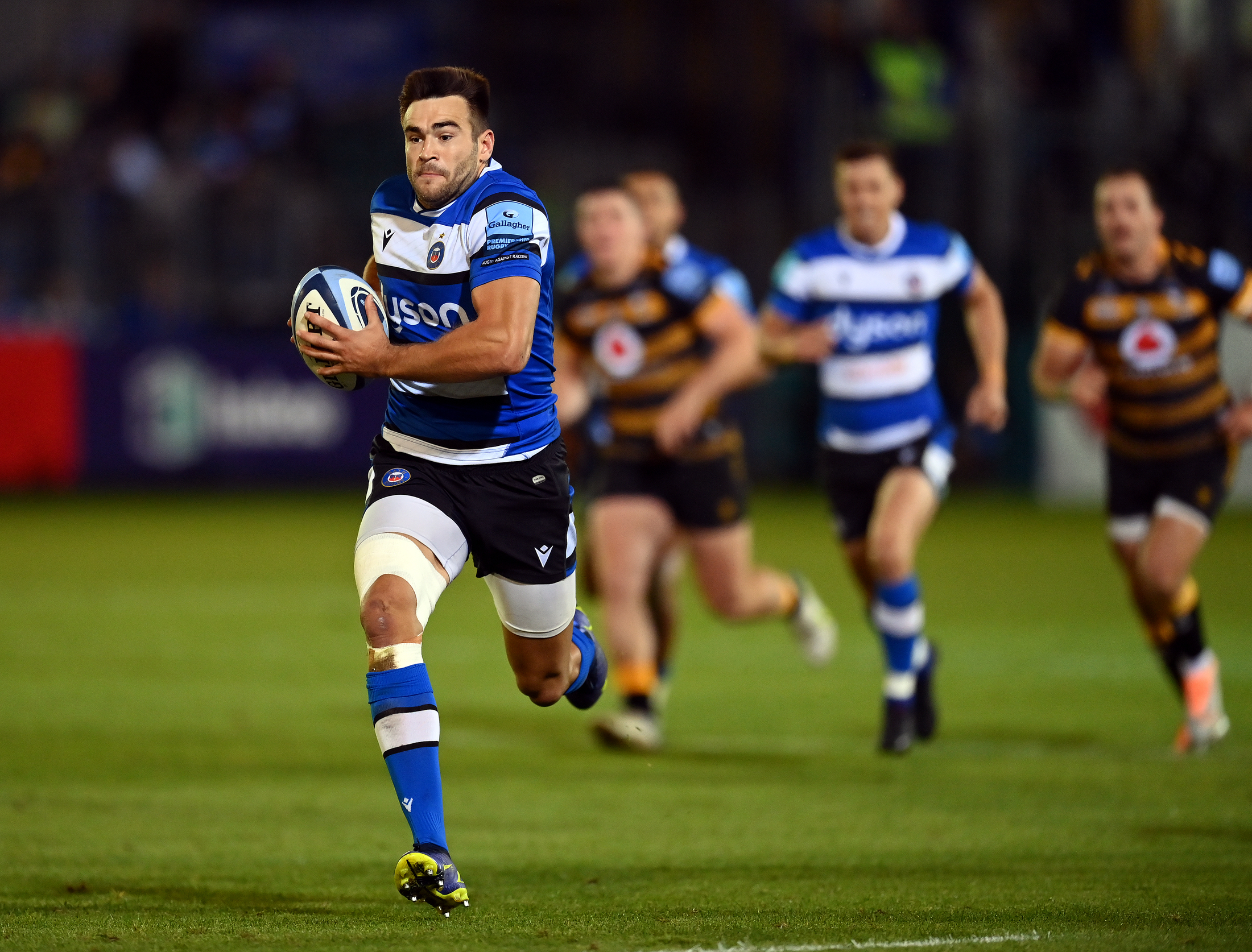 Muir has scored 17 tries in 34 appearances in Blue, Black and White in the past two seasons, his best haul of 10 tries last year seeing him bag one of three braces across the season in a win against Harlequins.

His background in the game saw him earn his breakthrough via BUCS Super Rugby whilst representing Northumbria University, then being picked up by England Sevens.

The 26-year-old won the BUCS tournament and after graduating, made his first appearance for the Rose in the 2018 Rugby World Cup Sevens tournament, going on to be crowned 2019 England Sevens Player of the Year before joining Bath a year later. 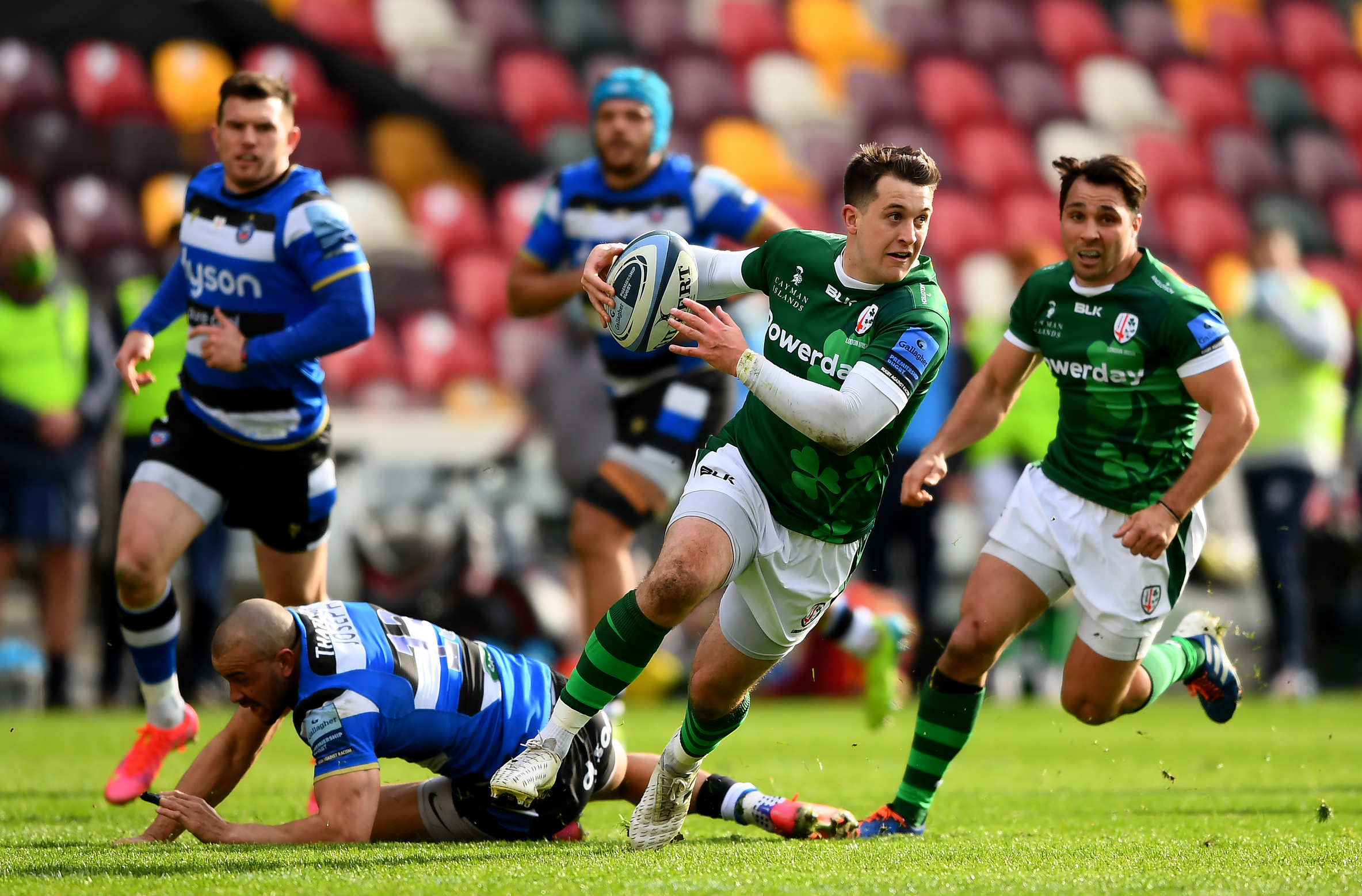 London Irish staved off late resistance from Bath Rugby in a brutal clash at the Gtech Community Stadium, the Exiles finishing off the attacking affair with a 36-33 win.

Will Muir touched down for his first of two career tries against Irish, but Ben Loader and Matt Rogerson hit back in the first half with the captain dotting down after a piercing Tom Parton break.

Former Exile Anthony Watson exacted revenge against his old side to put Bath into the lead again, but a collapse in regards to personnel for Stuart Hooper’s side saw Tom Dunn and Charlie Ewels dismissed in quick succession to sandwich a Parton try.

Irish capitalised through another Loader try and Curtis Rona score, but Bath gave as good as they got however, through another former Reading resident Josh McNally and then Jack Walker in the entertaining meeting.

New Bath Rugby signing GJ van Velze’s projected a defiant attitude in preparation for a trip to the capital to face London Irish in Round 4 of the Gallagher Premiership, stating “there is a lot of work still to be done”.

“We all know the hard work we put in in the summer and the first thing we have to do is acknowledge the start hasn’t been great,” van Velze commented.

“We will not be defined by these results and that would have been the same if we’d won all three games.

“There is still a lot of work to be done, I do believe the ship is turning and the second 40 minutes against Wasps is a clear indication of that.

“We will grow, and we will evolve as the season goes on.”

The former South Africa under-20s, Northampton Saints and Worcester Warriors mainstay commented on the proposition of a visit to the Exiles this weekend.

“They have talent all across the park and they like to throw the ball around.

“It’s a case of us getting time in the saddle there and enjoying the process.”