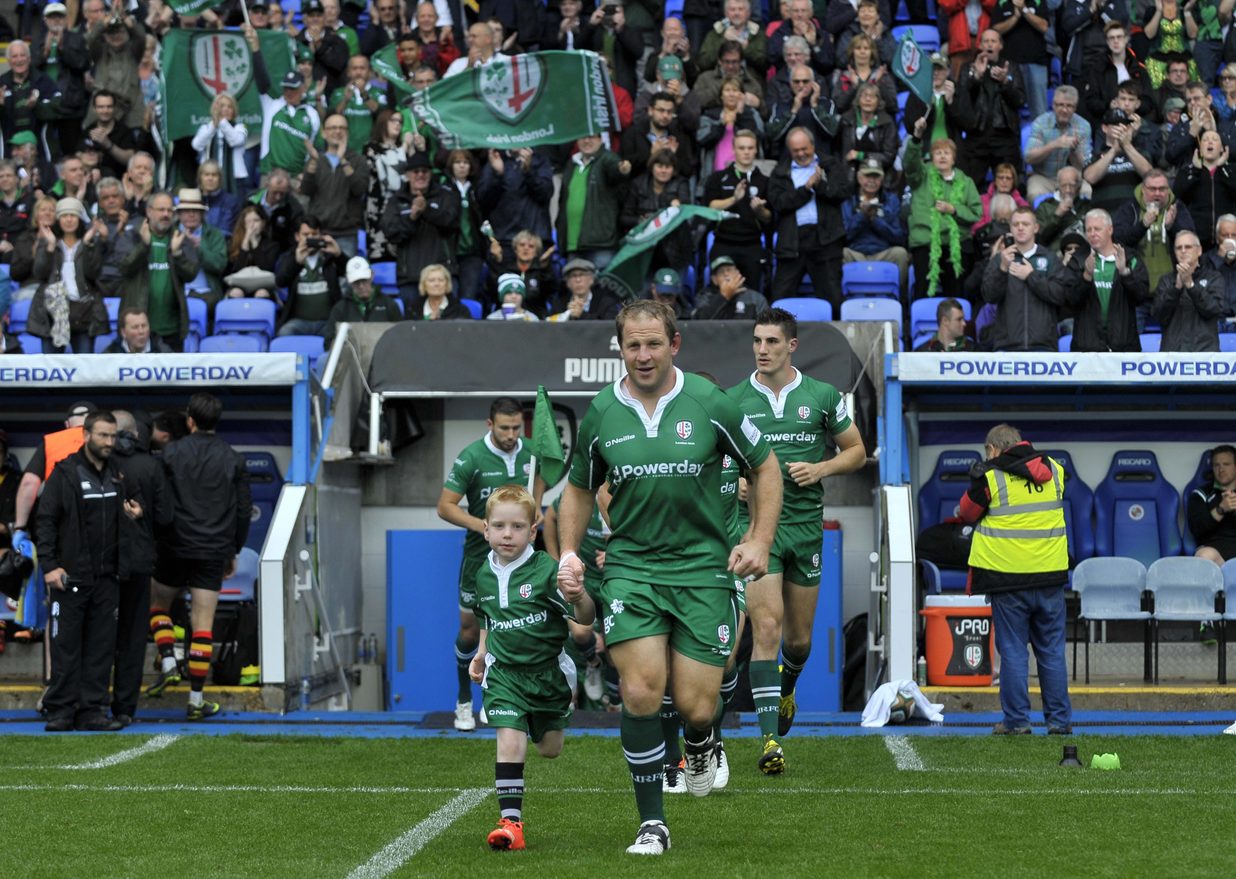 Following the popularity of the mascot competition at our last home game we will bringing it back for this weekend’s game. This Saturday 8th October (kick-off 3pm) London Irish take on local rivals London Welsh in Round six of the Greene King IPA Championship where one lucky child will be picked to be mascot for the game.

The winner of the mascot competition will head down to the players tunnel and lead the boys in green out in front of all the fans, have a photo on the pitch with the team captain and Digger and receive the new 2016/17 jersey!

And don’t worry if you don’t win as four lucky Junior Exiles will also win the chance to take part in the Guard of Honour where you will cheer the boys onto the pitch.

For the chance to win all you need to do is head to Digger's Pound (North Stand) where at 2.15pm, a London Irish player along with club mascot Digger will pick the lucky winners.

Mascots should be Under 15.