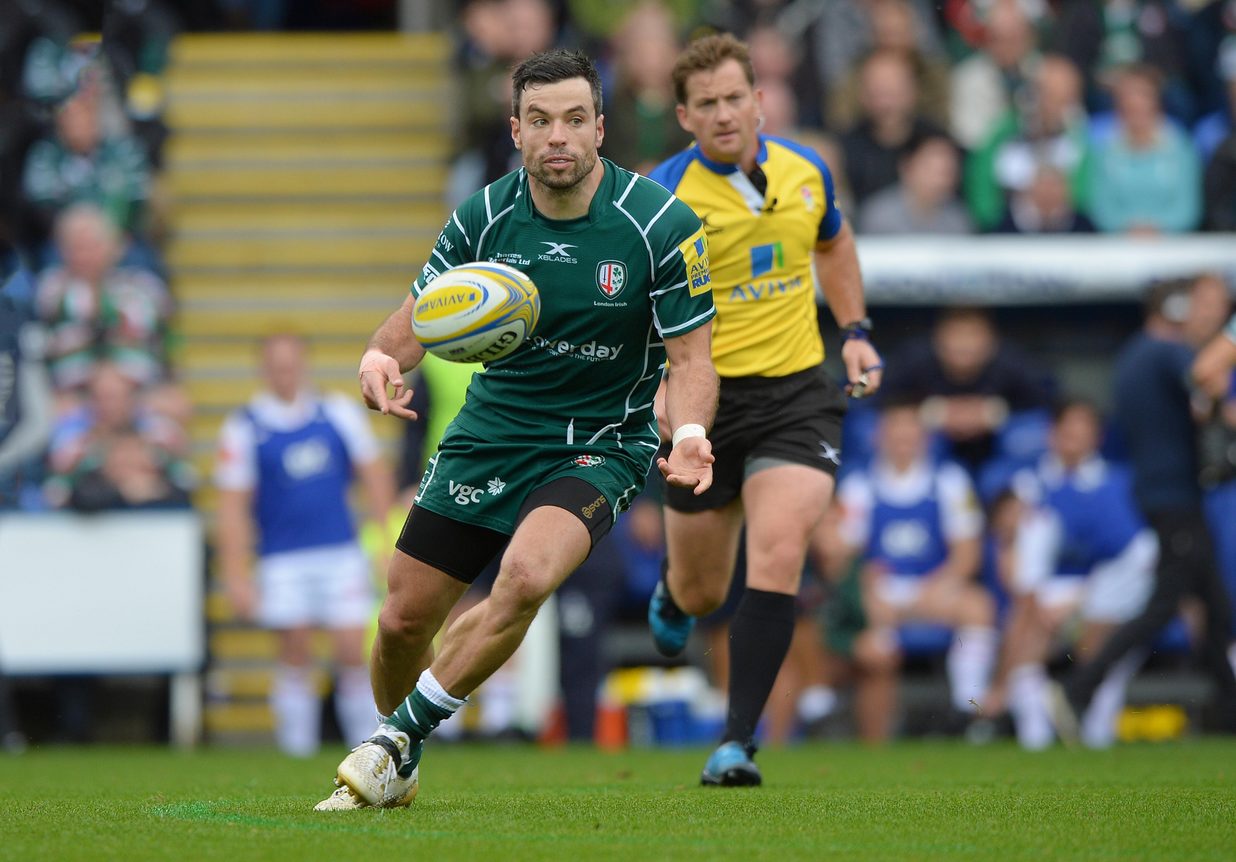 James Marshall is relishing the prospect of going head to head with fellow countryman Jimmy Gopperth this Sunday (kick-off 3pm).

Veteran playmaker Gopperth, 34, has been a mainstay of Wasps’ backline since making the switch from Leinster in 2015 and is expected to feature at the weekend.

The versatile back, who was a try scorer in last season’s Aviva Premiership Final, is a player that London Irish need to guard against according to Marshall.

“I’m a big Hurricanes fan and I remember watching him play for them as I was growing up,” said Marshall.

“He was very much in control of a backline that I used to look up to at the time, so to go up against him this weekend is pretty exciting.”

Marshall has taken a similar path to Gopperth in making his way to the Aviva Premiership. Like Gopperth, Marshall launched his professional career in the Mitre Cup before making the move to Europe in 2010 when Aironi came calling for his services.

Now into his second campaign with the Exiles, Marshall is keen to see his side progress under the stewardship of director of rugby Nick Kennedy.

“The results aren’t too far away for us and as soon as something clicks I think we’ll get a roll on and build some momentum,” said Marshall.

“At the moment we’re learning a lot of lessons and hopefully we can keep improving our game week to week. Nick Kennedy has been great in ensuring that there is a positive environment at the training ground and his influence has kept spirits high in the changing room.”

You can read the full interview in this Sunday’s official match day programme, The Exile, as London Irish take on Wasps in the Aviva Premiership at the Madejski Stadium (kick-off 3pm).