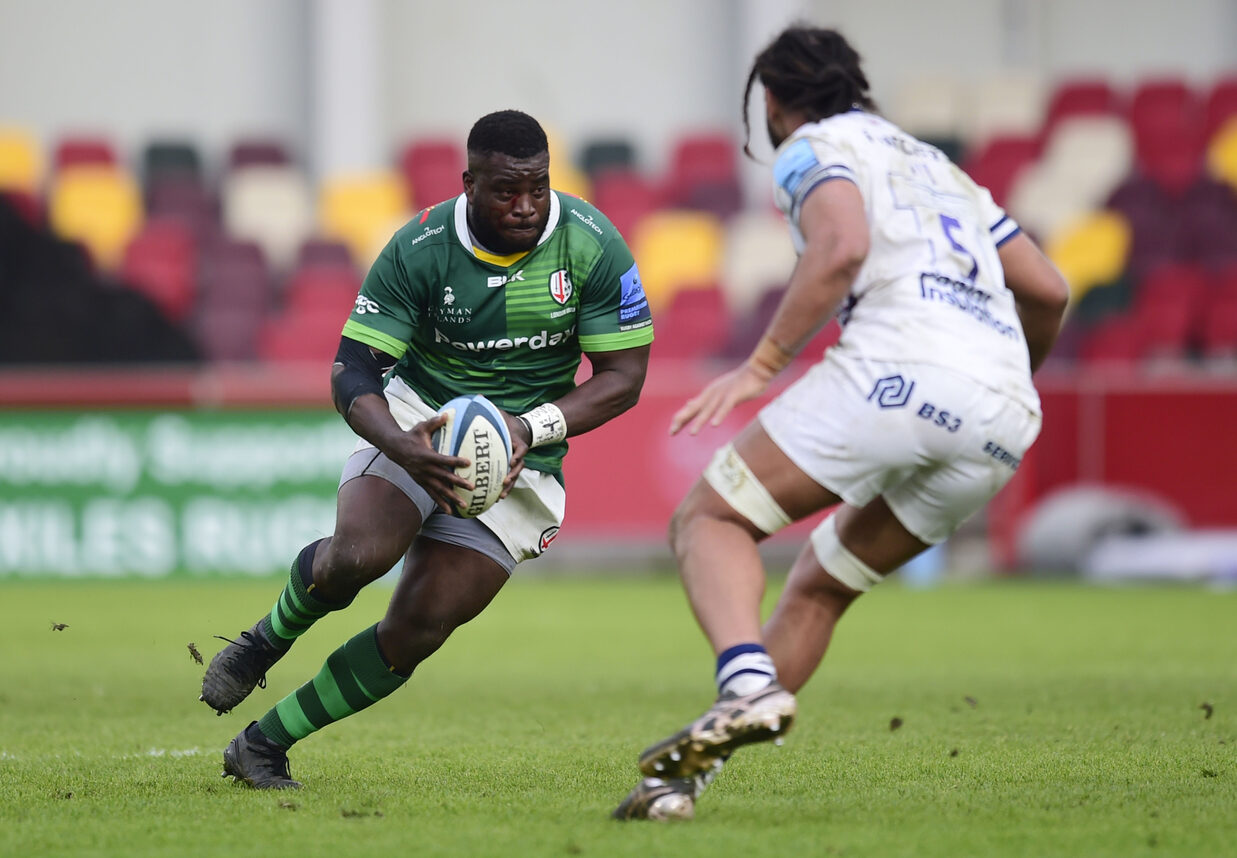 Lovejoy Chawatama is relishing Friday night’s trip to Leicester Tigers in Round 12 of the Gallagher Premiership.

The Exiles head to the Mattioli Woods Welford Road stadium buoyed by Saturday’s away victory at Wasps, a result that followed hot-on-the-heels of Irish’s incredible second half comeback to share the spoils with table-topping Bristol Bears at the Brentford Community Stadium a fortnight ago.

Ahead of Friday’s trip to the Midlands, Chawatama said: “With Leicester, you know what they’re about.

“When they’re at their best, it’s all about their set piece, their scrum and their maul.

“We have to go up there, match them physically – and see where it takes us.

“But it’s also about us and what we can do. We’ll be heading there in a confident mood and looking to get another positive result.”

Saturday’s 16-10 victory over Wasps was fully deserved, with Ollie Hassell-Collins’ second half try and nine points from the boot of Paddy Jackson making it an afternoon to remember for Declan Kidney’s side at the Ricoh Arena.

Yet despite that result, Chawatama believes there is still room for improvements to be made.

“We know the areas we can improve on” he said.

“We got into the red zone a lot of times without coming away with the points, so that ruthlessness to convert our chances is certainly something we took away from the game.

“You can see the direction which this team is heading in, but there’s still a lot of work-on’s for us.

“Wasps are a good team, so to come away with the victory last weekend was very pleasing.”

This Irish side never know when they’re beaten, as late comeback draws against both Harlequins and Bristol have already shown this season – and Chawatama puts that down to the togetherness within the squad.

“The character within this group is fantastic” he said.

“I see it every day in training – the togetherness, the team spirit.

“We all give 100% in every session, every game – that’s the minimum every time every player pulls on the London Irish jersey.

“We’re working so hard and we’re getting our rewards at the moment.”