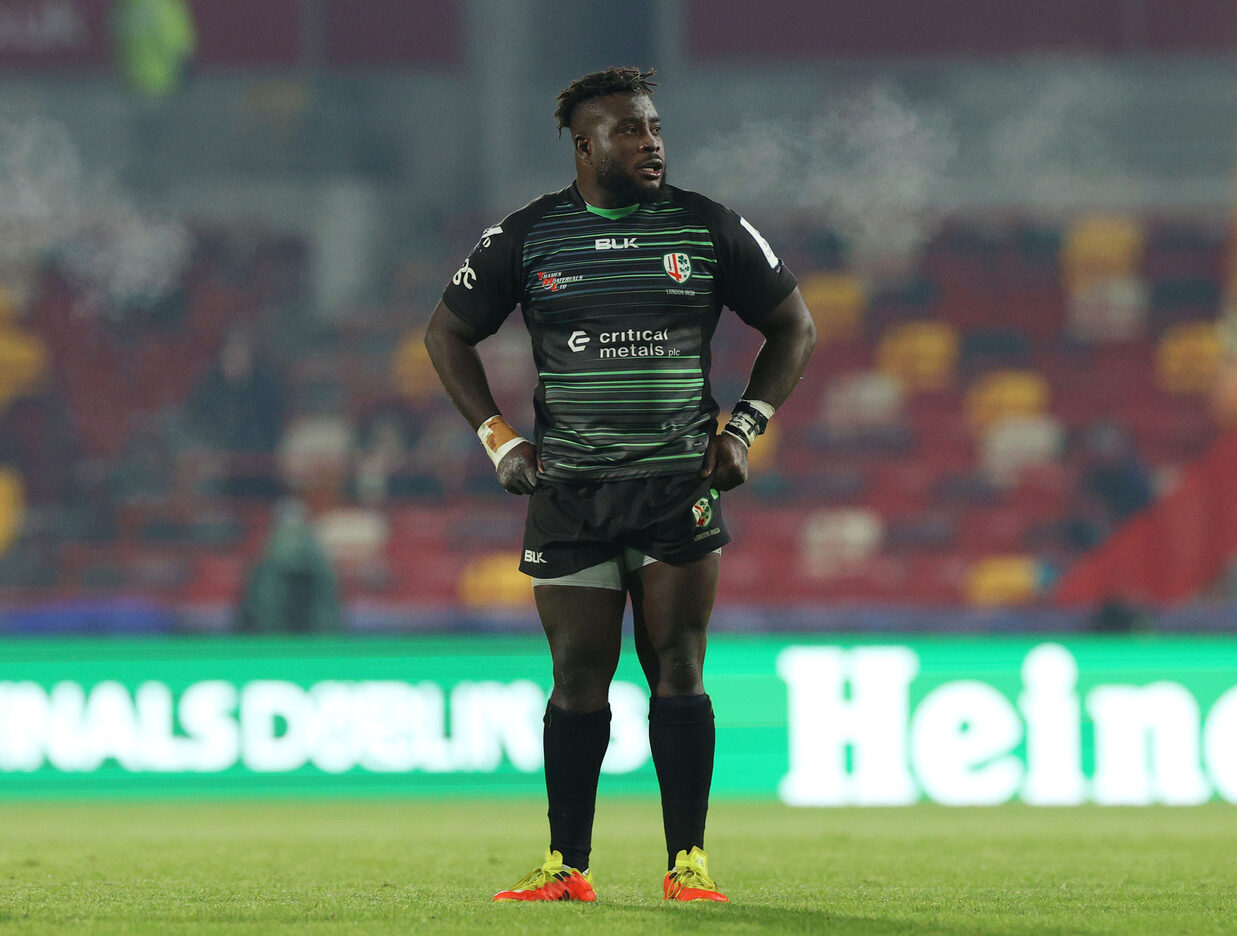 London Irish prop forward Lovejoy Chawatama is savouring the prospect of another match to front up in this weekend, when DHL Stormers come to the capital in the Heineken Champions Cup.

The Exiles have battled in physical match-ups in recent weeks, picking up wins over Saracens and Bristol Bears on the domestic front with attention now solely switched to Europe.

Reviewing his expectations of the current United Rugby Championship title-holders, Chawatama is aiming for his side to match the threat on both sides of the ball that Stormers possessed in their first meeting.

“We might be more used to the different conditions here in London, our training ground can be open to the elements sometimes but that prepares us well for tough tests.

“Stormers have a very good set-piece, we knew that coming into the game, but at the same time they like to run the ball,” he analysed.

“I think we have shown improvements in both areas of that game so far this season, so we are going to go and attack the set-piece and move the ball around like we can.

“Unfortunately, we didn’t come away with that losing bonus but after defending a lot in that first half, we slowly moved into the game and showed what we can do with more ball in hand.

“With the speed and power we have in our back line, we probably should have converted more chances and we realised that after reviewing the game.

“Hopefully, we can get that right in front of our home fans this weekend, we pride ourselves on doing that.”

The power at the put-in of Irish’s opponents over the course of the last month has seen Chawatama and his prop counterparts experience some of the best in show in England and beyond.

Always unfazed by the task ahead, he welcomes another bruising prospect in Round 3 of the competition.

“We’re scrummaging against Test-level props, I enjoyed my first time going up against Steven Kitshoff and Frans Malherbe.

“We had a really good contest that game, it’s something you dream about doing as a young player going up against that sort of talent yourself.

“Last week, we were up against England’s props and we’re going again this week!

“It’s the sort of test you want as a player, and we’ll keep fighting to get better.” 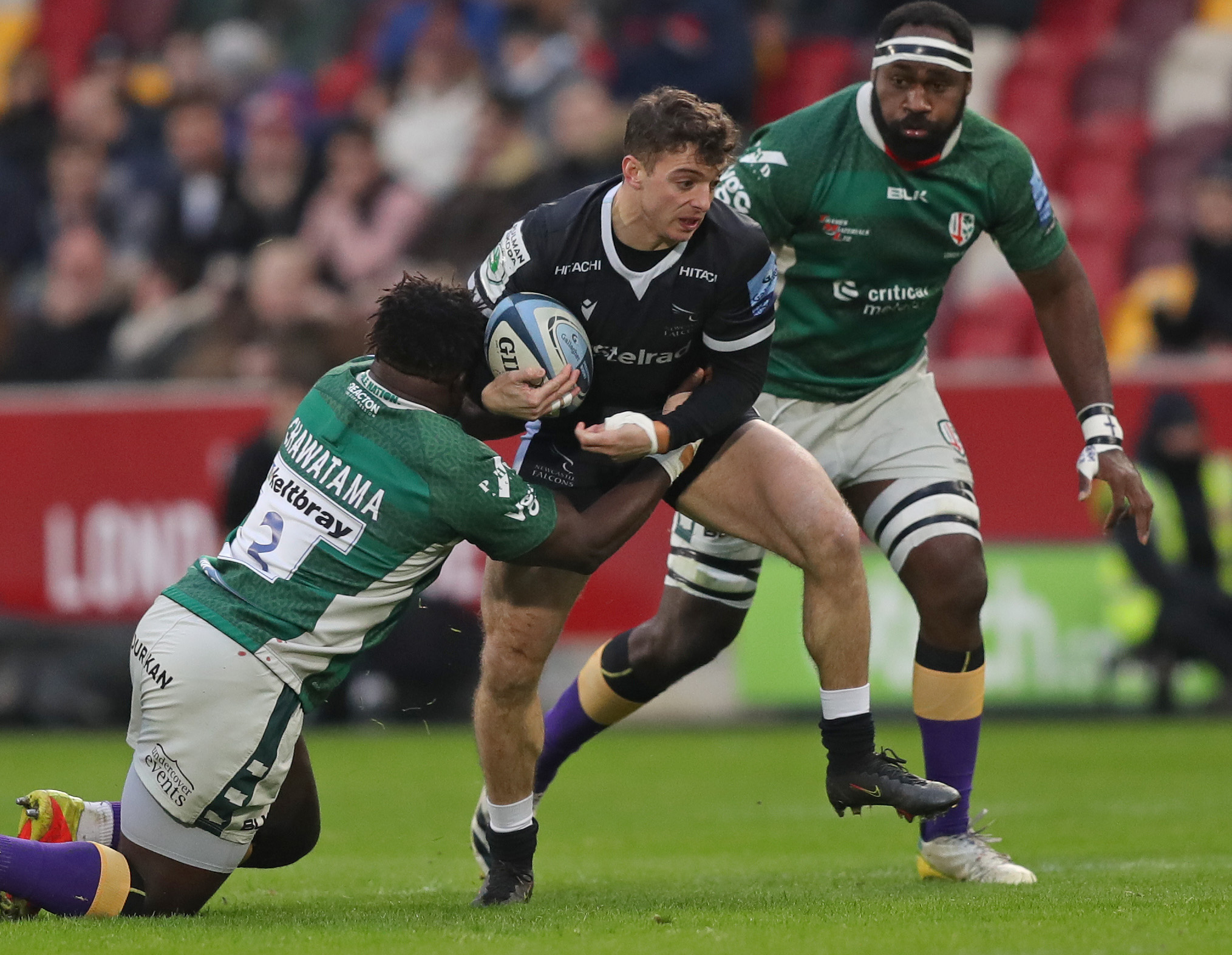 Such determination will be required of Irish this Sunday, with a potential victory throwing them back into the mix of a top eight finish in the pool stages of the Champions Cup.

“Of course, we still feel we’re in the competition - at London Irish, we’re never done until the final whistle has blown!

“We keep going until the 80th minute and beyond, we’re still in with a shout in this competition because we know our capabilities in scoring tries, as well as knowing we could have got more out of the games we have played.

“Our defence has improved a lot this year, we’re one of only four teams in the Premiership with a positive points difference so we feel we are always growing, and are coming along nicely.”

Having reached the halfway stage of the 2022/23 campaign, the six-year Irish veteran has experienced peaks and troughs within his time at the Club.

Chawatama continued to praise the mindset instilled at the Club as the team go through what has been another rollercoaster campaign in the three competitions.

“It was a really fantastic win against Bristol, and those kinds of results have been coming all season.

“Despite losing by a few points in earlier games, we never got our heads down and we’ve learned that if we stick in games that, results will turn.

“We will keep working hard and sticking to the processes we have here at London Irish, we always look to our leaders in the group and the positivity they generate.

“The rough and tumble we have gone through so far, as well work we put in during pre-season where the efforts were concentrated on resilience, endurance and mentality in tough situations, will serve us well in these European games and then the closing part of the season.”