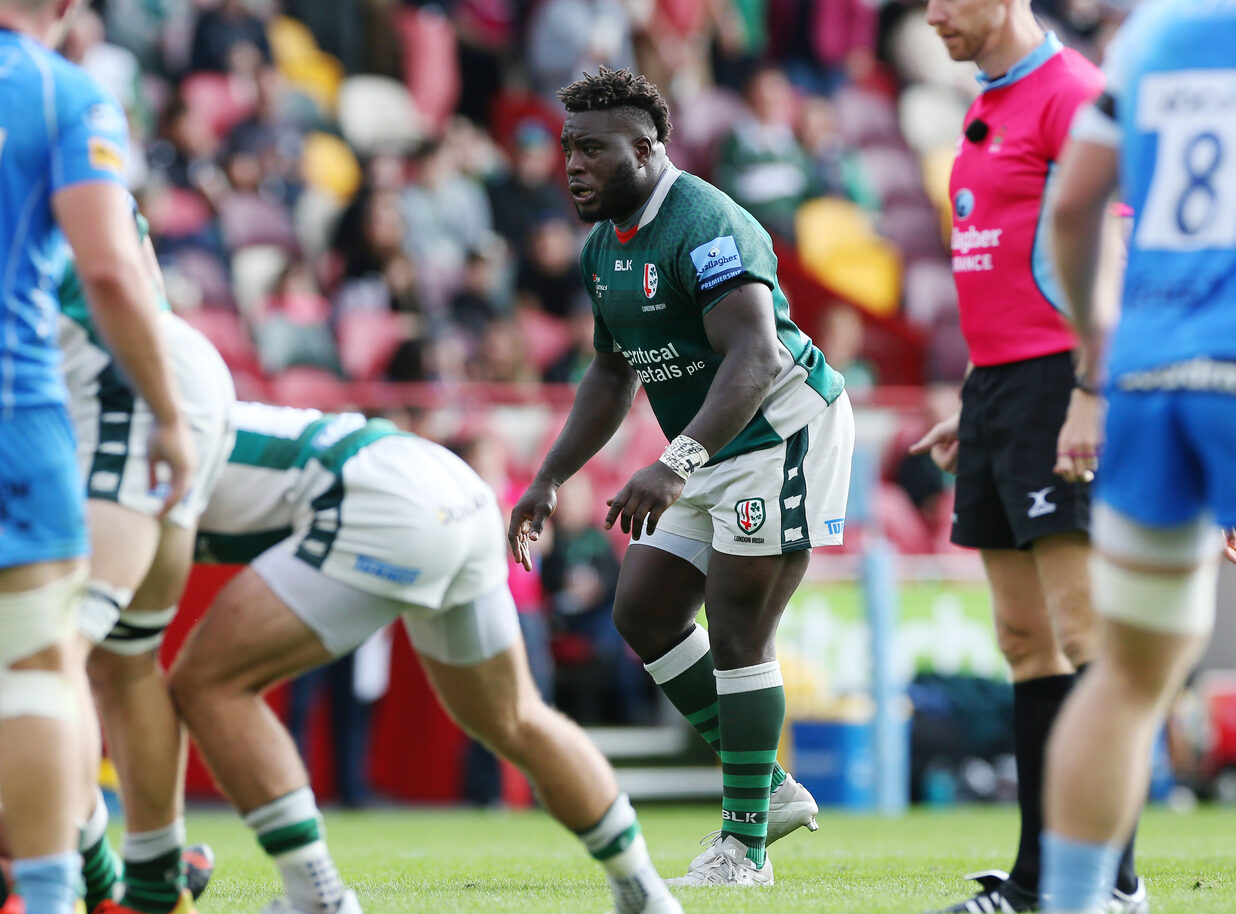 The 30-year-old has been involved in every one of Irish’s league games this year, preparing to make his fourth start of the 2022/23 season against Sale Sharks in Round 6 of the Gallagher Premiership.

Chawatama’s involvement last season was capped at two substitute appearances in the EPCR Challenge Cup due to injury, but now has contributed to Irish’s strong start at the set-piece, losing just one put-in in the last three league outings.

Coming off the back of a bye week for Irish, the tighthead prop tells of the routine for the players in their allocated time off.

“Having played two pre-season games, four league games and two cup games as well as nine weeks of training, it’s nice to get a little break because we have been working hard,” he said.

“Our Strength & Conditioning department crunch all the numbers and know what we needed to do to cover ourselves so we don’t get injured when we come back.

“It’s all individualised, you know how much metres in your running you need to do and as professional athletes, we all like to be in the gym and do anything soft tissue wise to make sure we can load in when we’re back.

“This bye week has given us the opportunity to reset ourselves and go again.”

Chawatama is also of the belief that the timing of the brief interval, despite Irish winning back-to-back games in cup and league competitions, has arrived at a good juncture for the Club.

“I think it has come at a perfect time, if you look at the run-in now we have a game pretty much every week until the new year.

“It’s an important passage in the season, play-off spots can be won and lost in patches like this so we have to be fully aware of taking it game-by-game.

“These are exciting times, London Irish is in a good place and everyone looks forward to these challenges like Friday.

“There is a lot of competition throughout the team in each and every position, everyone is pushing each other in training which makes it tough of course, but it’s great.” 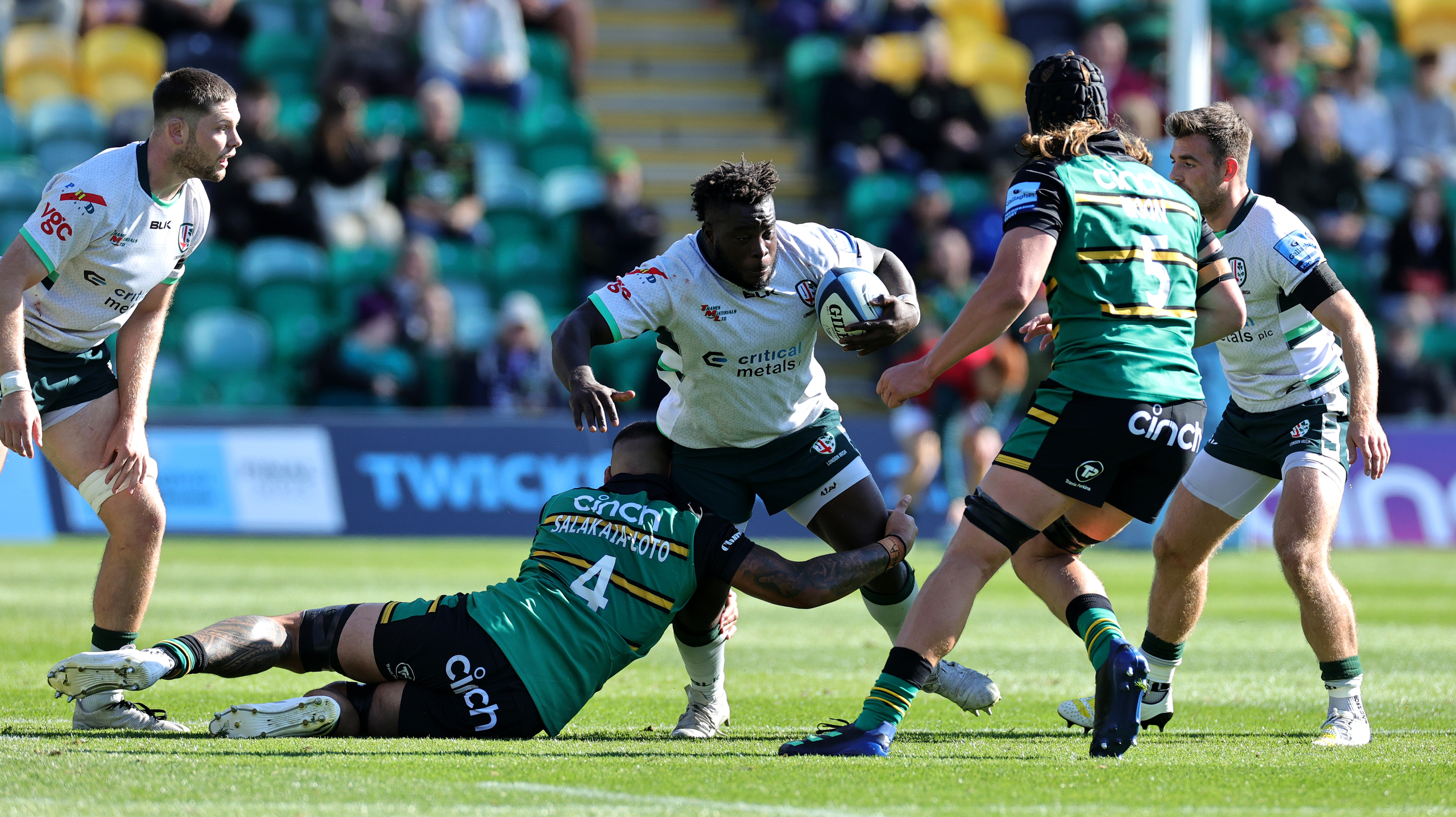 In his absence from the rugby field, idle hands were something Chawatama did not possess.

In his private and working life, including commentary stints with PRTV, off-field work had taken over to dovetail with some big life developments in the last 12 months.

Now, nonetheless, he is enjoying his increased involvement this term under Declan Kidney’s leadership at the Gtech Community Stadium and beyond.

“I love doing the commentary stuff and would like to continue doing it when I can, but it’s awesome to be back on the field.

“I have kept busy, I had a newborn child and between the commentary and some work experience I received, I wasn’t found wanting for work!

“I was very lucky, and that’s important for players when you’re injured that you can concentrate on other things to not dwell on the injury.

“I enjoyed the last year rehabbing in the gym, but there’s no substitute to being involved with the whole squad.

“After the first few games you feel a bit sore, but you get used to that rhythm and routine and you understand that you play hard, recover hard and go again.

“The Club have looked after me in my time off and worked me hard in terms of skill, fitness, and things I know I could improve on as a player, and I’m loving being out there every week to repay the faith the Club have in me.” 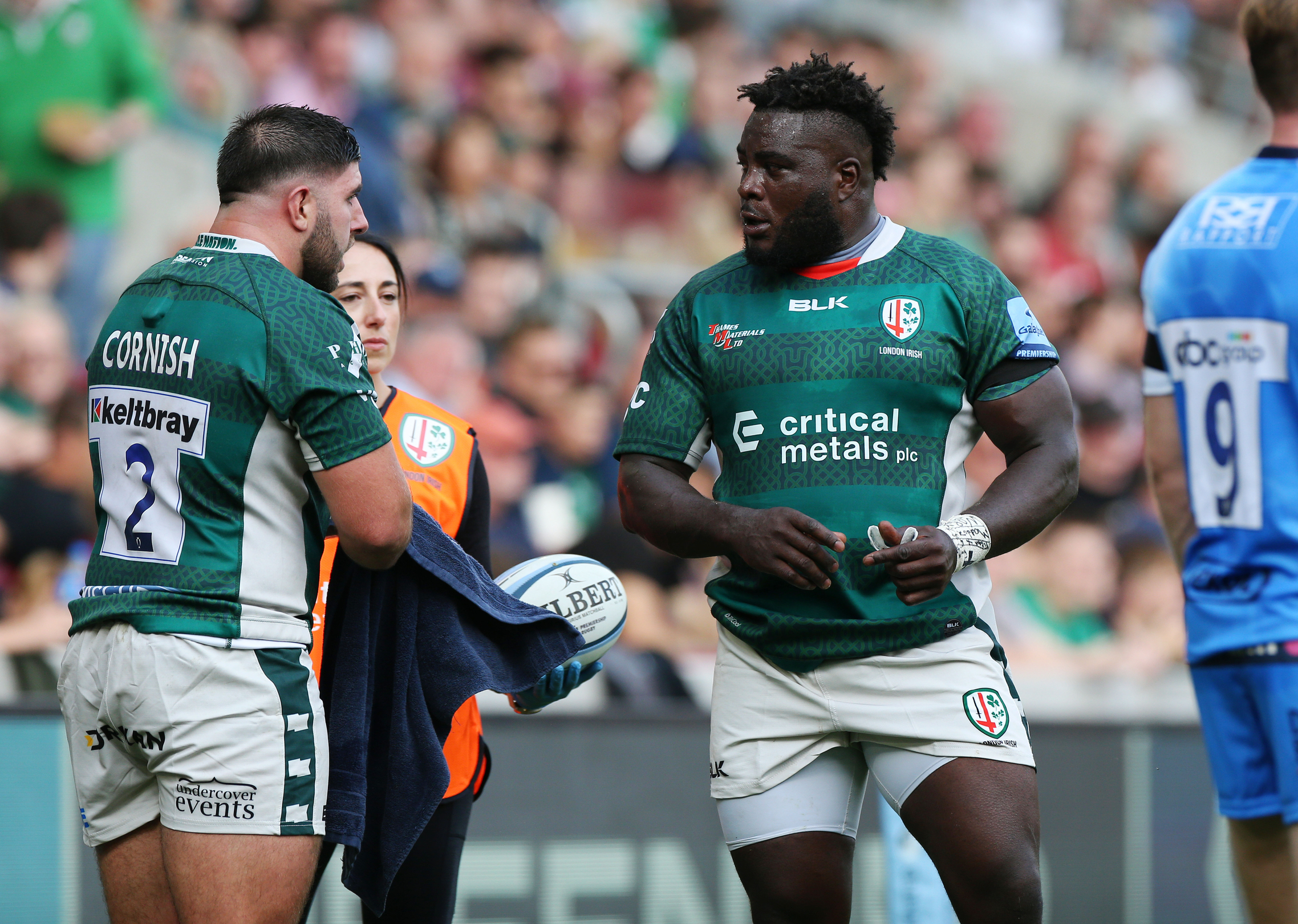 Last time out in the Premiership for the Exiles was a frenetic affair in Brentford, racing ahead to a 35-5 half-time lead against Bath Rugby and holding on to a 47-38 final score.

With Irish’s free-flowing attacking style never in doubt, Chawatama also recognises what he and the team can improve upon in order to ascend up the Gallagher Premiership.

“We know we can score, but it’s about making it tougher for teams to do the same against us,” he profiled.

“The coaches and ourselves did accept that we won the Bath game, but we were so disappointed in how we conceded those points in the second half.

“We can’t be doing that in games if we are to challenge up the table, we have to score and be able to keep teams out.

“It’s something we have been working on improving upon in pre-season, knowing we can score points with our electric back three, it’s making sure us as forwards give them that platform and I’m sure we’ll do our best against Sale on Friday night.”

The prospect of Alex Sanderson’s side in Round 6 has caused a “big buzz” in the Hazelwood camp, with the squad entering the fray with a degree of confidence and awareness in equal measure.

“There’s a big buzz around the Club at the moment, we know it’s typically a tough game on a Friday night but if you’re going to beat Sale away, you have to work hard as a team – you can’t avoid that.

“We back ourselves; we have a very good team, and we always believe we have a good chance of winning any game when we take to the field.

“We got two draws against them last season and arguably could have beaten them in Brentford, and we will go there this weekend with confidence.

“We know working hard as a team that we can get results, it’s making sure through 1 to 23 that we are switched in and ready to go.”