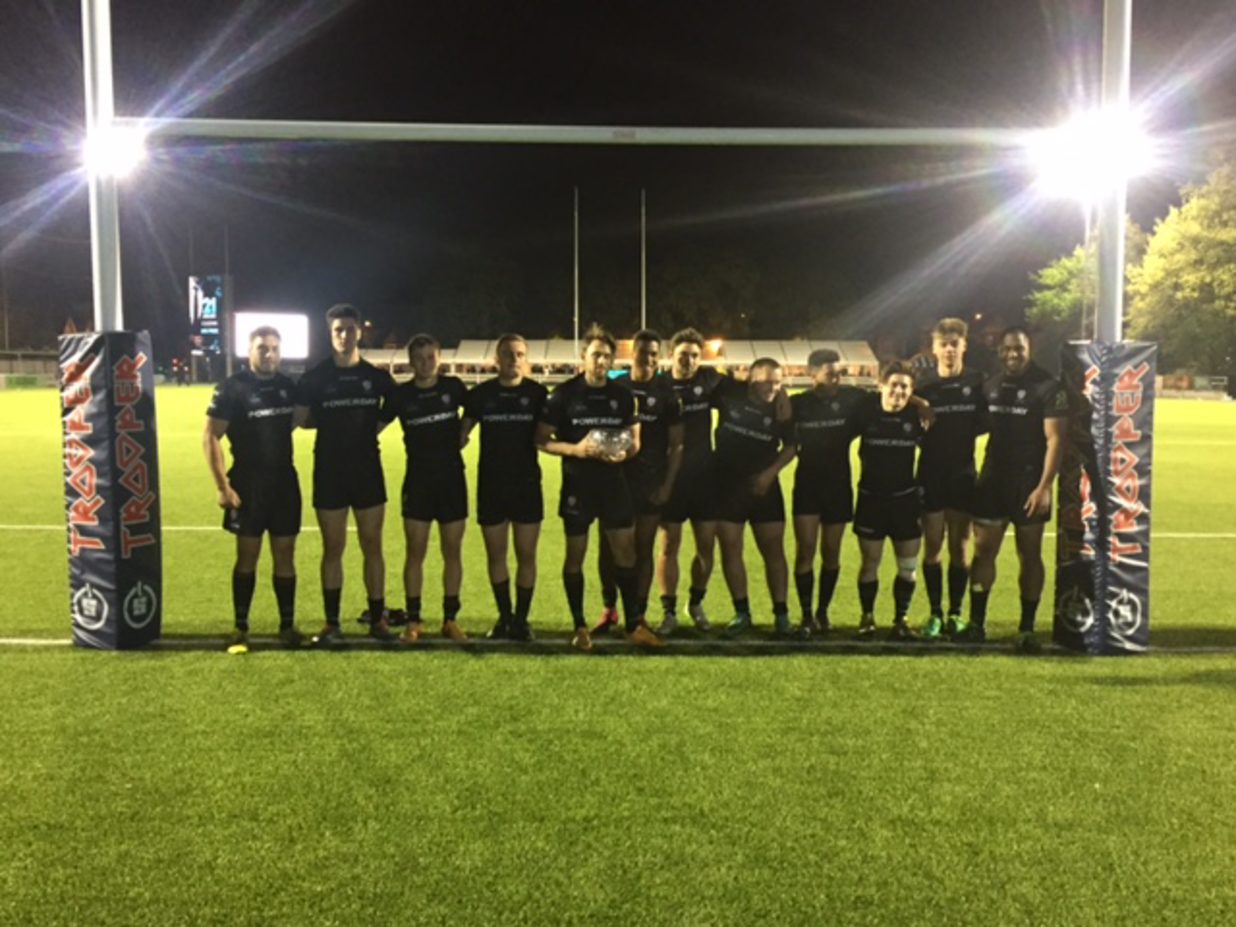 London Irish claimed the Rosslyn Park Floodlit 7s Bowl last night with victory over The Army in their final match of the evening.

Kicking off the tournament in Pool A, the Exiles were quick to take apart Richmond in the opening game of the evening to seal a 47-0 win. The fine form continued into the second pool game against the Rambling Jesters as the Exiles went toe-to-toe with the invitational rugby 7s specialists. Despite a terrific performance, the young London Irish side were defeated in the closing stages of the game to lose 17-19.

Qualifying for the Bowl final, London Irish, a squad with a heavy contingency of Academy players, four of which from the victorious under-18 side, squared up with The Army to contend the Bowl under the lights of Rosslyn Park. After the defeat to the Rambling Jesters, the Exiles were quick to bounce back, defeating the experienced side 40-5 in a display of some fantastic rugby.

London Irish Academy Coach, Paul Hodgson praised the efforts of the team, saying: “It was great to be able to mix the more established first team players with a group of senior Academy and Academy players. There were some outstanding individual performances, but as a squad they worked really well together. It is fantastic to finish off the season with another piece of silverware to go with the U18s Premiership win.”

Here is the London Irish Squad: