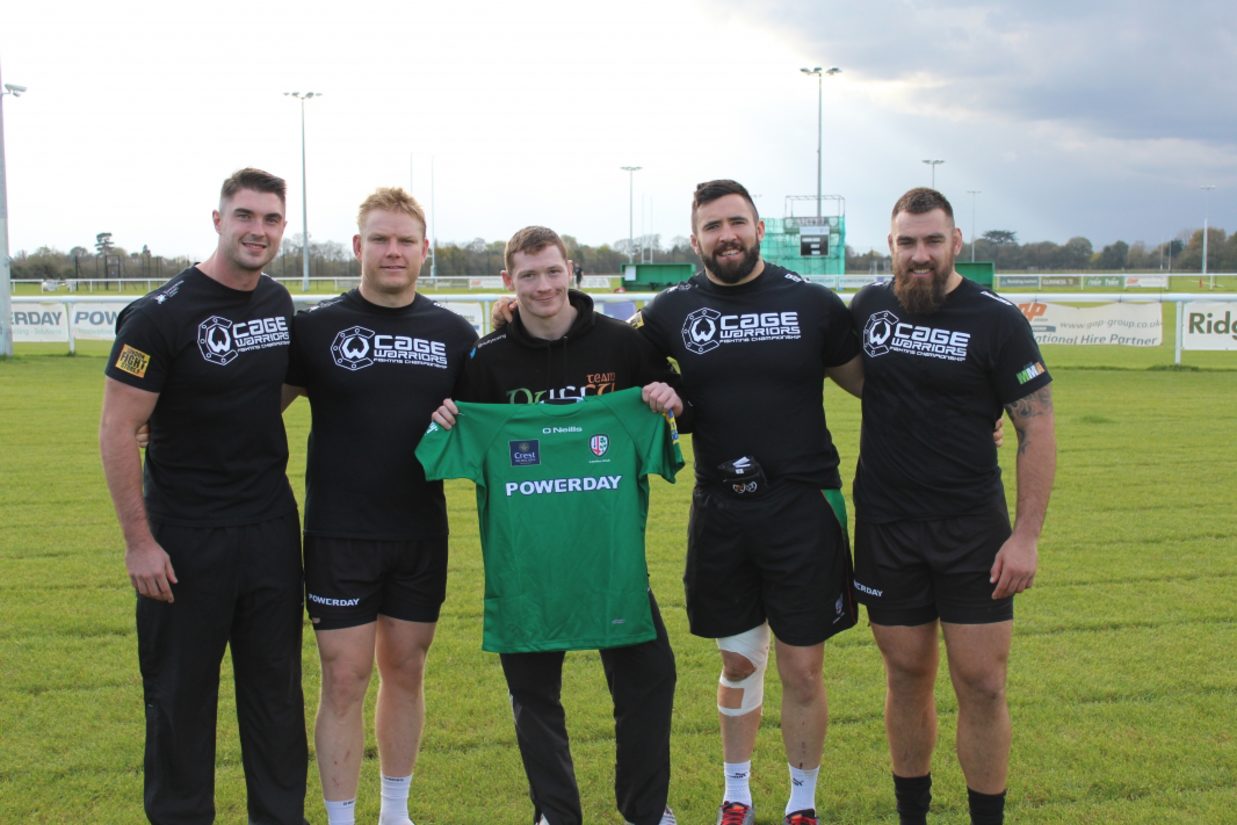 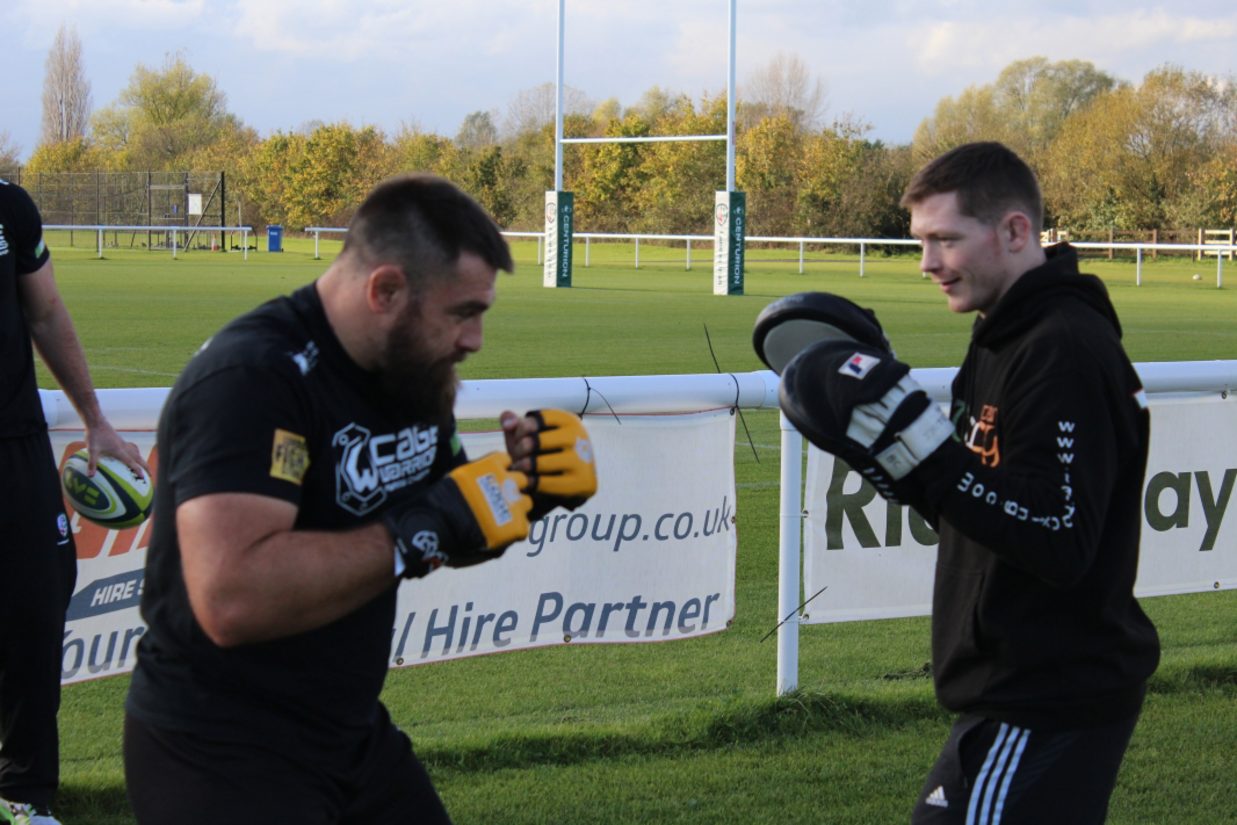 Duffy, a Donegal native based in London, fights at the Olympic Park on Saturday, November 15, and London Irish supporters can take advantage of an exclusive 20% off ticket deal to watch him live in action for as little as £20.

An Irish exile himself, having been born in Donegal but based currently in London, Duffy is also getting ready for a crucial clash of his own.

The 26-year-old will be one of the star attractions when Cage Warriors Fighting Championship, Europe's top MMA organisation, stages its biggest event to date at the Copper Box Arena in London's Olympic Park on Saturday, November 15.

As Duffy puts the finishing touches to his training camp for his co-main event bout against Frenchman Julien Boussuge at Cage Warriors 74, he took time out to mix it up with some of the London Irish players during Tuesday's session at Hazelwood.

It was a brief venture into the heavyweight division for the lightweight fighter, who went through some striking drills with an intrigued group of London Irish players that included Jamie Hagan, Eamonn Sheridan, Matt Parr and Grandslam-winning Ireland international Tom Court.

"It was great to come down and get an insight into what it's like on a typical day for the London Irish lads," said Duffy. "The training complex at Hazelwood is second-to-none and there's clearly a great camaraderie and team spirit between the players.

"It's always interesting to get a feel for how other professional athletes prepare to compete, especially in this case as I'd love to have been a professional rugby player if I hadn't gotten into MMA.

"I used to play as a centre in school and was the team captain as well. I'm also a big Ireland and London Irish supporter, and I'm looking forward to getting out to the Madejski Stadium for the big game against Bath on November 22.

"I know a large group of the players are coming to support me in the Olympic Park the week before as well, so hopefully we'll both be celebrating big wins over the next few weeks."

MMA has exploded in popularity recently, particularly in Ireland, thanks predominantly to the remarkable success of Dublin’s Conor McGregor, who is currently regarded as one of the hottest properties in the sport.
Duffy is no stranger to McGregor either. The last time McGregor tasted defeat was in November 2010, when Duffy submitted his fellow Irishman after just 38 seconds of their bout at Cage Warriors 39.

Following an injury lay-off, Duffy embarked on a two-year stint as a professional boxer, during which he remained undefeated in seven bouts. But the Burtonport-man returned to MMA earlier this year, and a win in London next week will move him one step closer to the summit of the sport.

“We really enjoyed having Joe down at Hazelwood,” said London Irish prop Matt Parr, who was more eager than his Exiles team-mates to don a pair of the famous yellow Cage Warriors gloves.

“He’s a top bloke and his skills are really impressive. But there’s no way in the world you’d get me in there. I don’t mind taking a punch but I don’t fancy having my elbow twisted!

“It looks like Joe will go on to achieve a lot in the sport, he’s very talented. We wish him the best of luck in his big fight next week, and I’m looking forward to watching it.”
Cage Warriors Fighting Championship are offering all London Irish supporters an exclusive 20% off ticket deal to see Joe Duffy and the rest of the CWFC stars in action at the Olympic Park on Saturday, November 15.

So to support an Irish exile in action in London for as little as £20, click HERE to purchase your ticket(s) from Ticketmaster, and enter discount codeLONDON20 to avail of the offer. See CageWarriors.com for more event information.

London Irish return to home action with a massive Aviva Premiership game against Bath at the Madejski Stadium on Saturday, November 22. Click HERE to purchase tickets online, or phone 0118 968 1016.