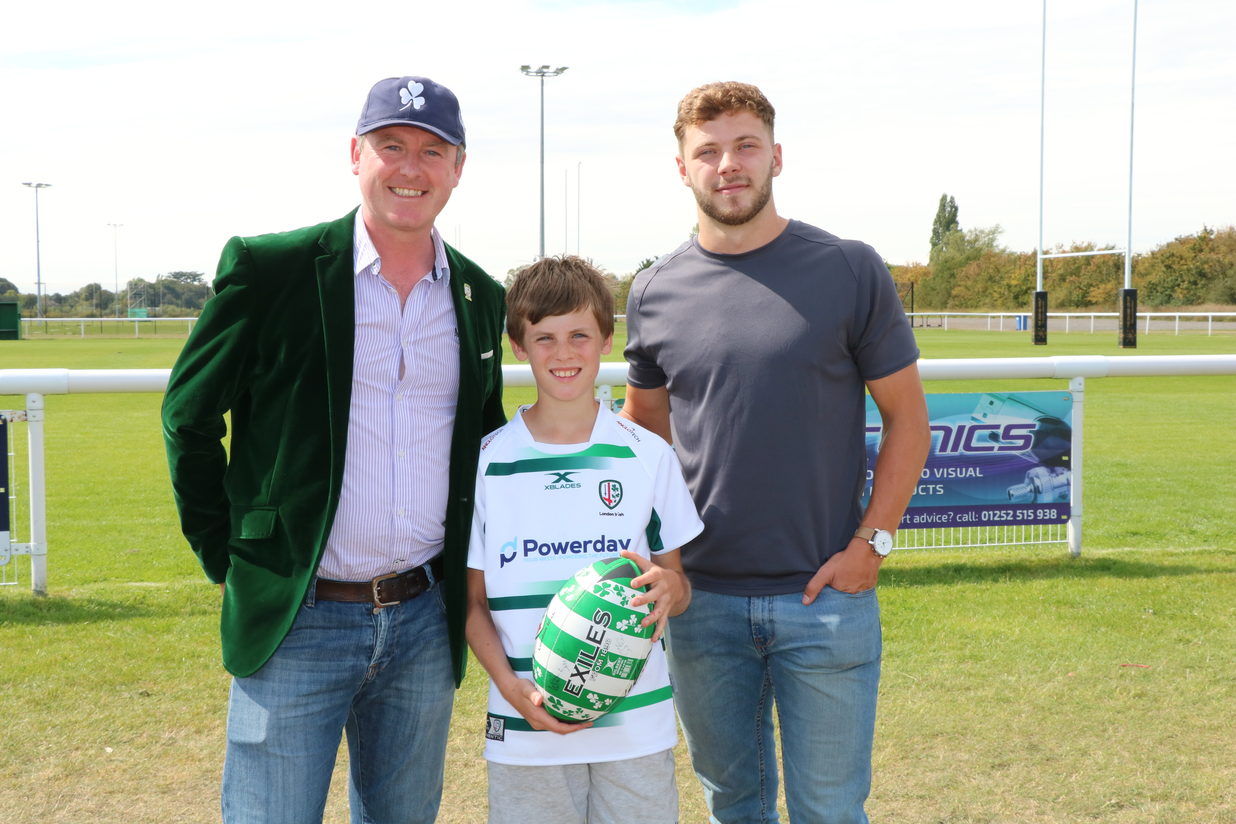 Last Saturday (31 August) saw the club’s Sunbury training ground host its annual London Irish Members Day ahead of the start of the 2019/20 season.

Close to 300 supporters travelled over to a sun-drenched Hazelwood training complex to meet the players and coaches as they gear up for the first match of the campaign, a pre-season fixture against Munster at Irish Independent Park on Friday 13 September.

Supporters in attendance were the first to witness to the club’s kit ahead of official release, with Max Northcote-Green, Lovejoy Chawatama, Dave Porecki and Matt Williams modelling the Exiles home and away strips.

Jacob Atkins, Rory Brand, Paddy Jackson and Ben Meehan gave youngsters tips on their techniques in a kicking coaching clinic before participants they took part in a kicking competition which was won by young London Irish supporter Jimmy Keohane.

Club coaches Les Kiss, Declan Danaher and Brad Davis also shared their thoughts around pre-season preparation in a Q&A session, following which players provided supporters with a tour of the training facility.

The club would like to thank the Members for attending the event, and we look forward to seeing you all at Madejski Stadium on Saturday 28 September for our Premiership Rugby Cup fixture against Harlequins.