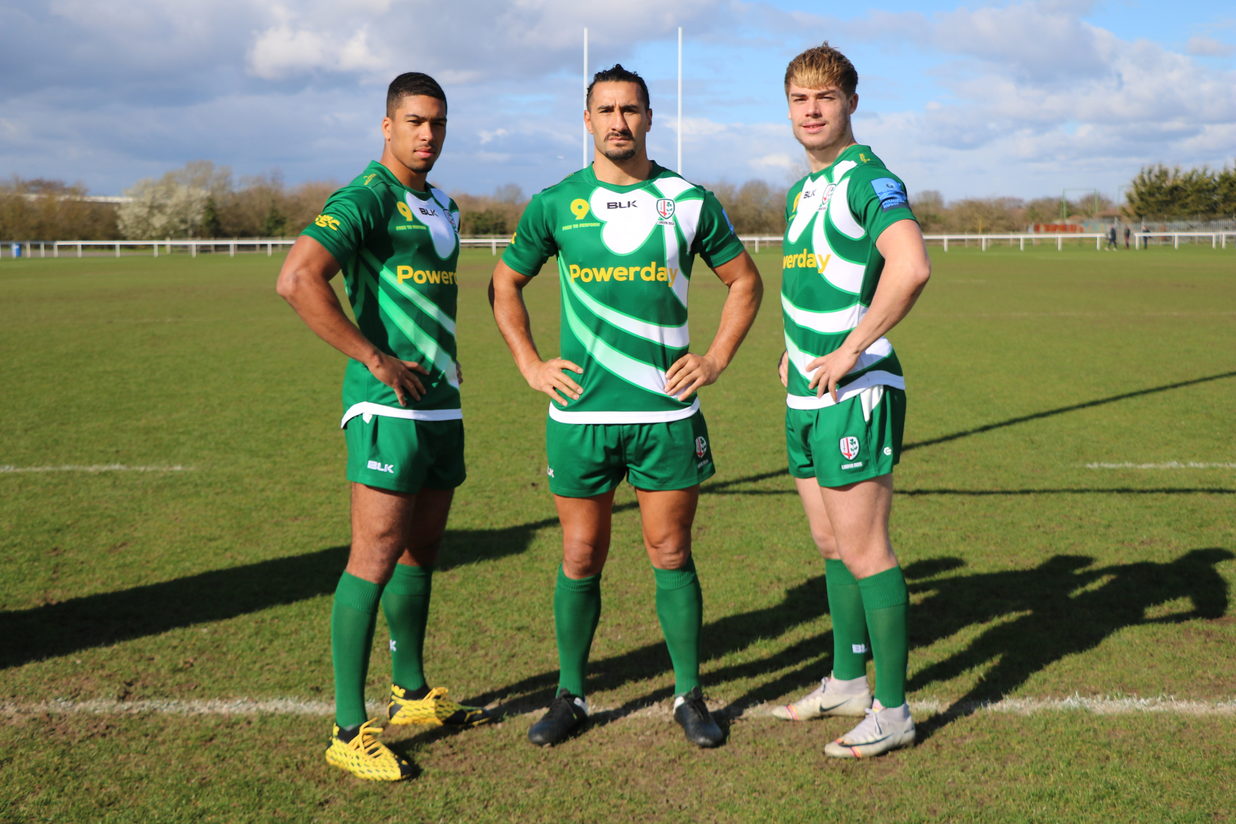 The club and its kit supplier, BLK, offered supporters the chance to design this year’s jersey ahead of the club’s final St Patrick’s Party fixture to be played at the Madejski Stadium.

Having adjudicated on several designs, the club announced Jéan-Luc Pienaar from Stellenbosch, South Africa as the winning entrant for his contemporary twist on the traditional St Patrick’s Party shirt.

In keeping with tradition, the shamrock is incorporated and the colours used in the design reflect the green, white & gold of the Irish flag.

London Irish CEO, Brian Facer, said: “We were delighted with the number of entrants we had for this competition and the high standard of design work received.

“It was great to get the supporters involved in designing the shirt for our final St Patrick’s Party match in Reading, and the squad players are delighted with the outcome.

“Congratulations to Jéan-Luc on his winning design. We will be presenting him with a signed St Patrick’s Party jersey to celebrate his achievement.”

The jersey is available now to pre-order on the club’s online shop and will be available to purchase physically at the game on Saturday 28 March.

London Irish's annual St Patrick's Party fixture has become a standout event in the rugby calendar, attracting supporters from all over Britain and Ireland. Now in its 19th year, this season's occasion will be the last ever St Patrick's Party in its place of origin, the Madejski Stadium, before the club takes residency at the new Brentford Community Stadium in West London for the 2020/21 season.

The Exiles' opponents for the inaugural St Patrick's Party game were Northampton Saints in 2001, when Irish prevailed 13-10. By a quirk of fate, the Saints will be returning for the club's final outing in the Thames Valley, and London Irish will be looking for another victory to mark the occasion.

Off the pitch, there will be non-stop music and entertainment for all ages before and after the game, with guaranteed great craic!

Already confirmed, the MacManus brothers and Fionnghuala Devereux will be performing in the Supporter Village before the game, with fantastic Irish rock band Miracle Cure taking to the stage after the match to keep the party going.

Inflatables, fairground rides and games will provide entertainment for all ages, along with giveaways, competitions, merchandise stalls, Irish coffees, face painting and an array of street food stalls in the Village.

The London Irish Community Choir will return with their annual performance on the pitch in the build up to kick-off, with half-time entertainment to keep supporters entertained in the break.

A family ticket can be purchased for £54. For more information and to book, please click here