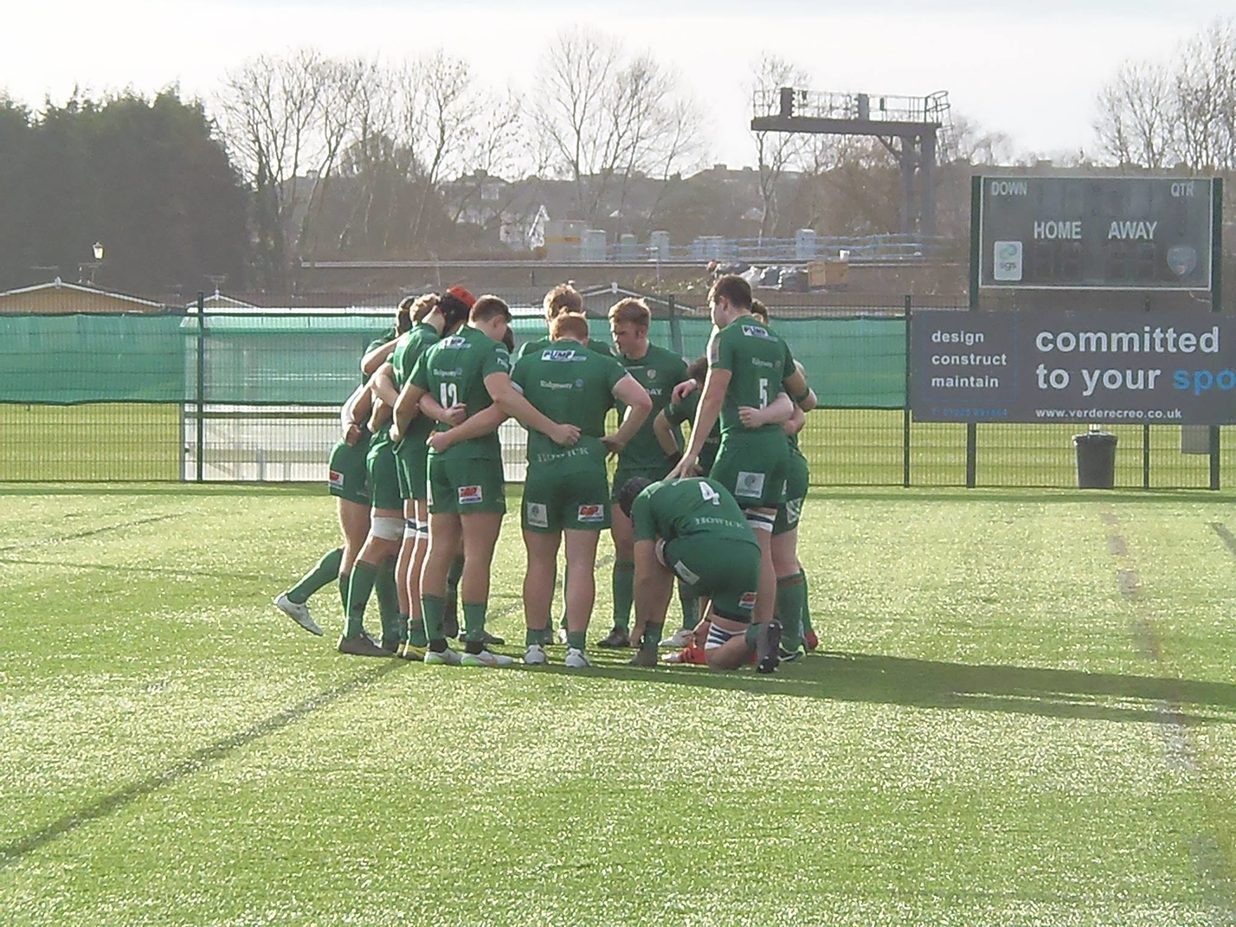 London Irish under 18s made it six consecutive victories in a row on Saturday morning with a hard fought 27-24 victory at home against Saracens under 18s.

The visitors got off to a good start, taking advantage of a breach in the Irish defence to cross for the first try of the game to put them ahead 0-7.

It wasn't long though before Nick Kennedy's side proved why they are currently unbeaten with their opening try of the game.  Matt Williams danced over the Saracens try line to put the first points on the board for Irish. Tom Parton kicked the resulting conversion to put the Exiles side level 7-7.

Saracens kicked the first penalty of the game to take a brief lead but that was quickly cancelled out by the Exiles second try of the game. Irish's second try was score by Tom Parton, as the Irish backs produced some great play in the oppositions 22 allowing him space to dive under the posts. Parton converted to put the home side ahead for the first time as they headed into the second half 14-10 up.

The Irish lead didn't last long as Saracens came back hard in the opening play to reclaim the lead with a converted try but a penalty allowed Irish to level once more at 17-17.

The last 15 minutes of the game saw both sides scoring converted tries. However it was to be Irish's day as they piled on the pressure in the Saracens red zone forcing them to conceded a penalty in the final stages allowing Irish to secure a 27-24 win.

London Irish under 18s now turn their attention to the Academy Final where they will take on Gloucester at Allianz Park on Monday 15th February (kick-off 4.30pm). The Academy will be grateful of your support.