London Irish U18s two from two in the Academy League 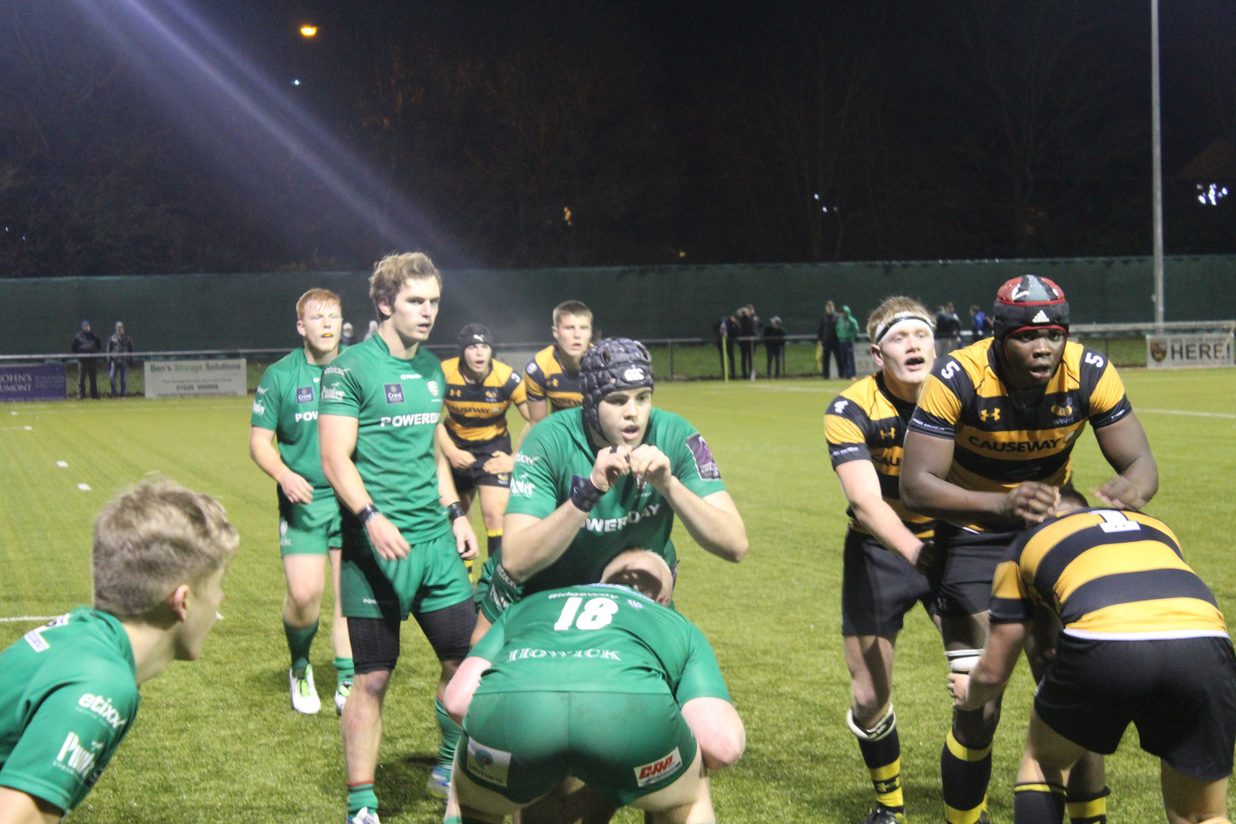 London Irish under 18s claimed their second league win of the season last night with a 15-17 victory away against Wasps at Maidenhead RFC.

The young Exiles raced into an early lead that they didn't relinquish despite having to defend for long periods towards the end of the match.

London Irish Academy Coach, Paul Hodgson, said: "We really defended our try line well in the last 15 minutes when our boys were under the cosh they showed true spirit and character and it was testament to every individual. We got out of the blocks exceptionally well and scored two of the better tries you will see and that was really pleasing."

Irish got off to a brilliant start, crossing for their first try after only four minutes. Fly half Sam Evans fed a great ball to full back Will Attfield who showed great feet to beat his opposite man. Attfield beat two defenders and drew the last defender to leave Connor Hayhow a simple run in.

Four minutes later and Irish had their second score and it was largely down to the great work of Irish winger Joe Cokanasiga. Wasps kicked the ball behind the big winger who regathered before beating two defenders to sprint clear. He was dragged down 15 metres short of the line but had the ability to pop the ball off the deck to the supporting Lewis Sampson who passed to Evans who dived in under the sticks. Evans converted to make it 12-0.

Wasps broke down the Irish defence after 11 minutes with a well worked driving maul to reduce the arrears to 5-12. Cokanasiga was sent to the sin bin shortly before half time and, with a man advantage, the hosts crossed for their second score to make the score 10-12 at the break.

The second half saw Irish extend their lead to 10-17 with a try from captain Matt kouris. Replacement scrum half Dan Grant sniped down the short side and from the resulting ruck Kouris drove over for the score.

The remainding quarter belonged to Wasps. Their back rower Will Glover crossed for a try with 15 minutes remaining to reduce the deficit to 15-17.

Irish defended valiantly for the remainder of the contest to hold on for the win.

Nick kennedy's side will now prepare for the local derby against Harlequins in round three.