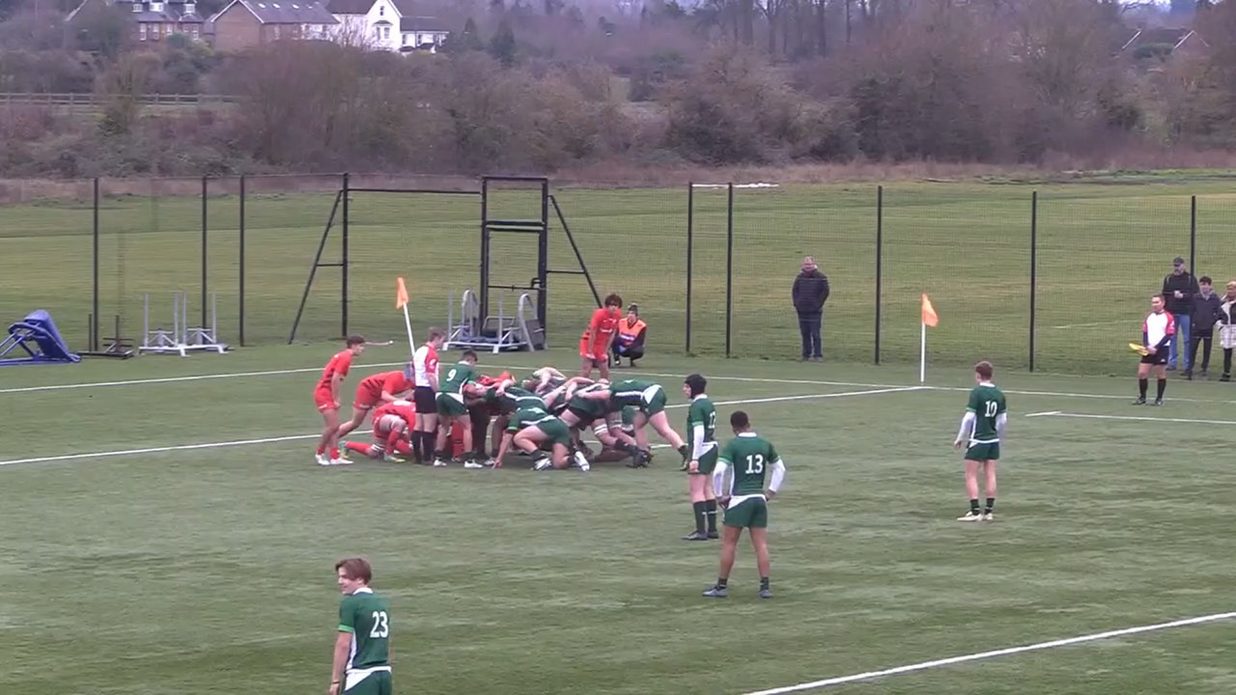 London Irish U18s lost out to Saracens at Hazelwood today, to suffer their first defeat of the season.

The young Exiles crossed for five tries, but it was not enough as they lost out 28-34 to a strong Saracens outfit.

Tries for Davis, Josh Taylor, Will Joseph and a brace for Jesper Hartikainen, in addition to a Monty Bradbury penalty recorded the Exiles points.

Davis went over for a try after only two minutes, a well-executed driving line-out score saw the first five pointer of the match. Saracens hit back three minutes later with a converted try under the posts.

Josh Taylor was the next to cross for another driving maul try which was again quickly cancelled out by the visitors. Saracens led 10-14 at the break.

The second half saw Saracens forwards really assert some ascendancy in the match, regularly getting over the gain line, despite some brave and determined defence from the hosts. Saracens scored two second half tries with their fly half Cahill booting 10 points.

Jesper Hartikainen scored two tries down the flank and Will Joseph ran in a try from 45 metres out, outpacing the full back to score in the corner.

London Irish Academy Manager Patrick O’Grady said: “It was a very physical encounter and we defended well for periods of play. A couple of sloppy mistakes let Saracens through for a couple of tries.

“We showed some excellent attacking intent and endeavour in the second half, but just need to produce that more readily throughout the 80 minutes. The boys now have a bye week ahead of our next match against Bath on 11 January.”