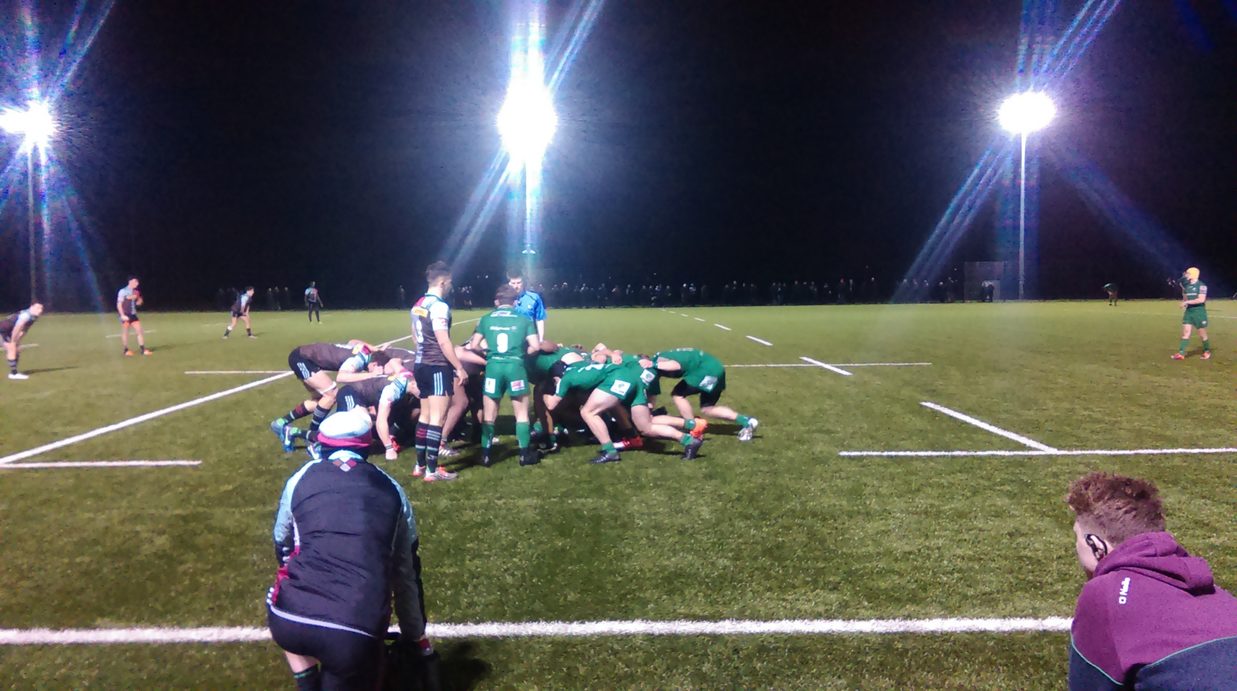 London Irish U18s made it three wins from three games as they cruised to a 31-12 win over Harlequins at Hazelwood on Friday night.

The young Exiles' side earned a bonus point win after tries from Joe Cokanasiga, Austin Hay, Tom Parton and a brace from Rory Brand eased them past local rivals Harlequins.

Irish got off to a quick start for the second week in a row, Cokanasiga finishing off a fast move, which started from a Harlequins scrum, to put the home side ahead within two minutes, Sam Evans failed to convert in blustery conditions.

The perfect start then got even better as Irish stunned Harlequins with another try just seven minutes later. Scrum half Rory Brand caught the visiting defence unaware as he picked up the within a few metres after good pressure from the hosts, again Evans’ was thwarted by the windy conditions.

After going 10-0 up London Irish showed a stunning bit of defensive play as Harlequins looked odds on to respond to the two early tries. Ollie Hassell-Collins showed incredible pace to prevent the certain try as the visitors were heading for the line.

Irish then punished Quins for not taking the opportunity with two more tries before half time. Austin Hay and Rory Brand both crossed and Evans found his mark with both conversions as the Exiles grabbed the bonus point and took a well-earned 24-0 lead into the break.

The second half started as well as the first, in the 56th minute Irish won the ball back quickly after losing it at the lineout for Parton to finish well, Evans put the demons of earlier in the game well behind him with his third conversion to make it 31-0 to London Irish.

Quins did threaten towards the end after Irish were temporarily down to 14 when captain, Matt Kouris, was given a yellow card for a high challenge, unfair maybe as it appeared the Harlequins man slipped as the tackle was made.

London Irish had the win wrapped up but had to endure a nervy end to the game as Harlequins grabbed two tries in the final five minutes, Gabriel Ibitoye and Paul Marshall both crossing for tries. Niall Saunders converted the first but failed the second attempt, whiched ended up being the final kick of the game.

Paul Hodgson was clearly delighted with the result when talking after the game and praised his squad after the impressive victory, saying: “We started the game exceptionally well, I talked about it for the Wasps game that it was a squad effort and once again it was the same display, with people doing the work that’s unseen but we don’t miss it.

“The guys were scoring plenty of tries but there was a lot of hard work to get those tries and that’s what we spoke about after the game, it was very pleasing to see.”