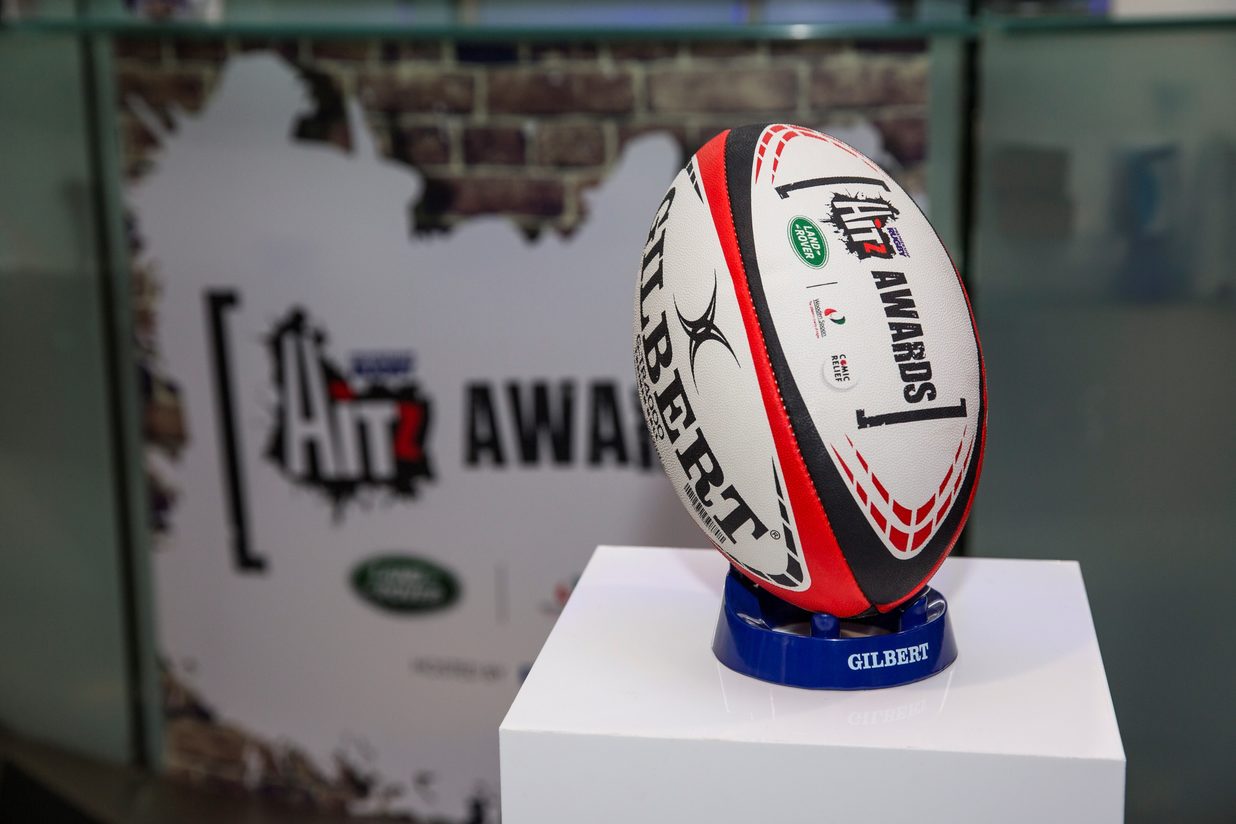 Three inspiring individuals from London Irish will enjoy time in the spotlight next month after being nominated for top prizes at the 2018 HITZ Awards.

And the time and commitment shown by 12 inspiring individuals will be celebrated on Wednesday 17 October after they were shortlisted for the four prizes on offer at this year’s HITZ Awards, taking place at the BT Centre.

Former World Cup winner and Land Rover ambassador Maggie Alphonsi said: “I have seen first-hand the impact the HITZ programme can and has had on young people’s lives.

“I can associate with many of the people involved in the programme; through their background but also the positive influence rugby can have in helping them overcome their personal challenges.

“Rugby is a powerful catalyst for good, offering these young people all manner of skills that can help equip them for life.

“The work Land Rover is doing to support the programme and the youngsters involved should be applauded. With its heritage in the sport; spanning over ten years in the UK, Land Rover’s understanding of rugby and its values make the partnership with HITZ a perfect combination for helping HITZ change young people’s lives.”

George left school and joined the Army which was something he had always wanted to do. However, he quickly realised that it wasn’t for him and left his training. After enrolling in college and then being kicked out George found himself hanging out with the wrong crowd and getting into trouble with the police.

Before joining HITZ, George’s level of rugby was basic and he only played it at school, however his attitude towards rugby has improved substantially thanks to the programme and he is now playing in the 1st XV for Reading Rugby Colts as well as helping set up, captain and coach the London Irish inclusions team.

Ross is the General Manager at the Holiday Inn, Shepperton, and has been able to offer every student on the London Irish HITZ programme the opportunity to gain valuable work experience at his hotel. The participants were able to work in every department, shadowing and being mentored by staff enabling them to learn first-hand from experts in their field.

Meanwhile, Eric has ADHD and was severely bullied at school, which often led to him not attending class. He would get angry and blame himself when this happened, leading to constant arguments with his family and him breaking things in frustration, resulting in him not sitting any of his GCSEs.

But since joining the HITZ programme Eric’s attendance is above 90%, he has more confidence in himself, his attitude has improved in the classroom and at home and is a much nicer person to be around.

This year’s glittering HITZ Awards will take place at the BT Centre on Wednesday 17 October where participants, mentors and rugby stars past and present will gather to celebrate the programme’s achievements. Follow all the action at @HITZRugby