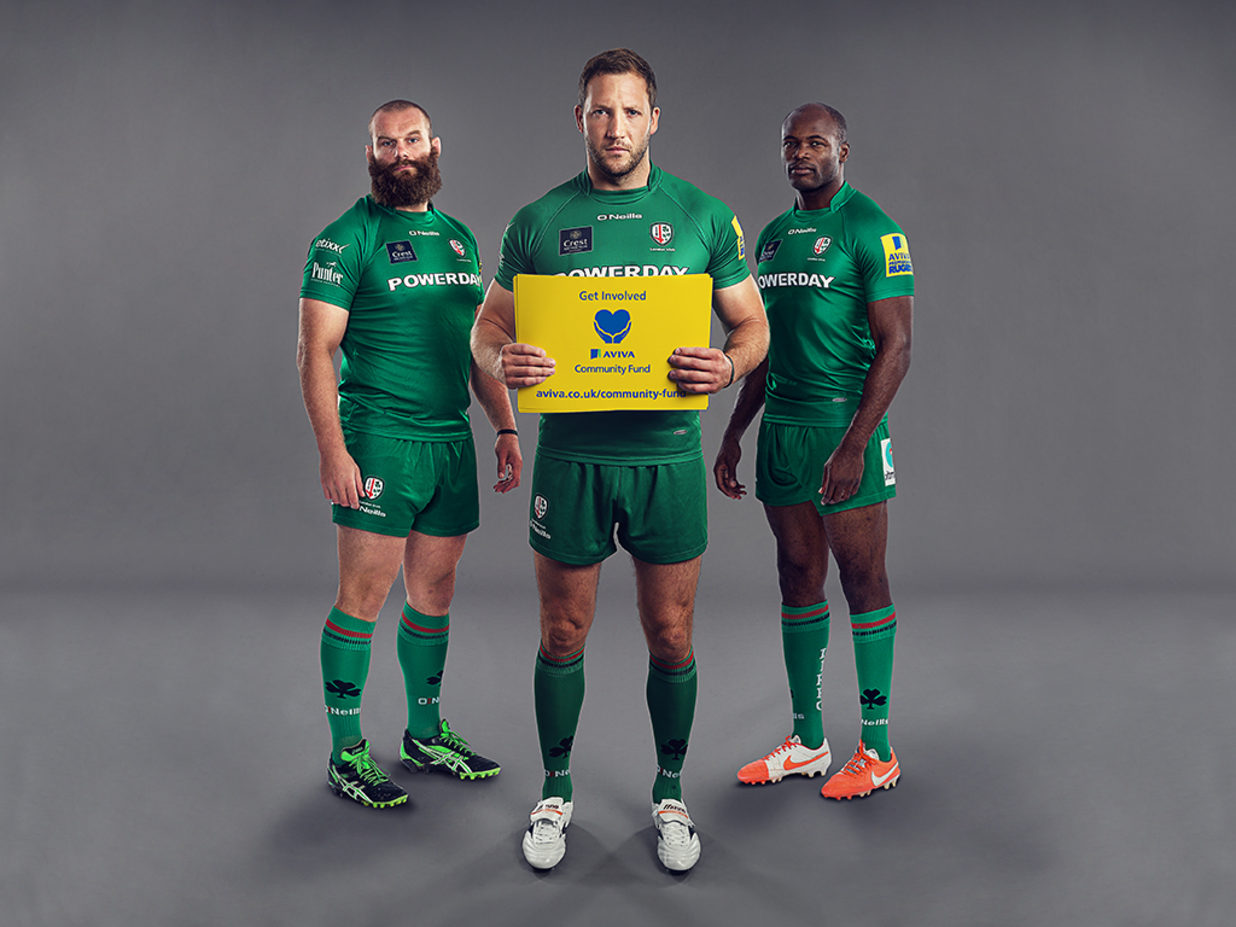 London Irish is one of the Aviva Premiership Rugby clubs showing their support for the new initiative by encouraging fans to enter a cause close to their hearts for the chance to secure up to £25,000 in funding.

London Irish captain George Skivington, representing the club, said: “Local charities and groups are an important part of community life and need all the support and funding they can get to continue doing their good work. The Aviva Community Fund is a great chance to secure extra funding and awareness.

“Some of these inspirational local projects don’t get the recognition or support they deserve, but the Aviva Community Fund offers a way to reward the great work being done by unsung community heroes.”

Mark McCafferty, Chief Executive of Premiership Rugby, said: “Premiership Rugby are delighted to be supporting this exciting new initiative from Aviva, which delivers much needed funds into some great causes across the United Kingdom.

“The Aviva Community Fund will provide real help to real community projects throughout the UK, some of whom will be connected to the clubs within Aviva Premiership Rugby.

“Many of the players and staff at Aviva Premiership Rugby clubs have a personal relationship with a local community project and I hope they will encourage those organisations to apply and then support them when it comes to the big public vote in April and May. It’s a great idea and I look forward to seeing it in action.”

Individuals will need to submit the cause that they are supporting, along with an idea that will make a real difference, via an online entry form. There are four categories for funding:

The entries will be voted on by the public from 1 May and those with the most votes will be put forward as finalists. These finalists will then be considered by a dedicated Aviva Judging Panel, who will select a number of winners to be announced in July.

To get involved and submit a community cause, please visit www.aviva.co.uk/community-fund or join the conversation on Twitter using @AvivaUK and #AvivaCommunityFund.