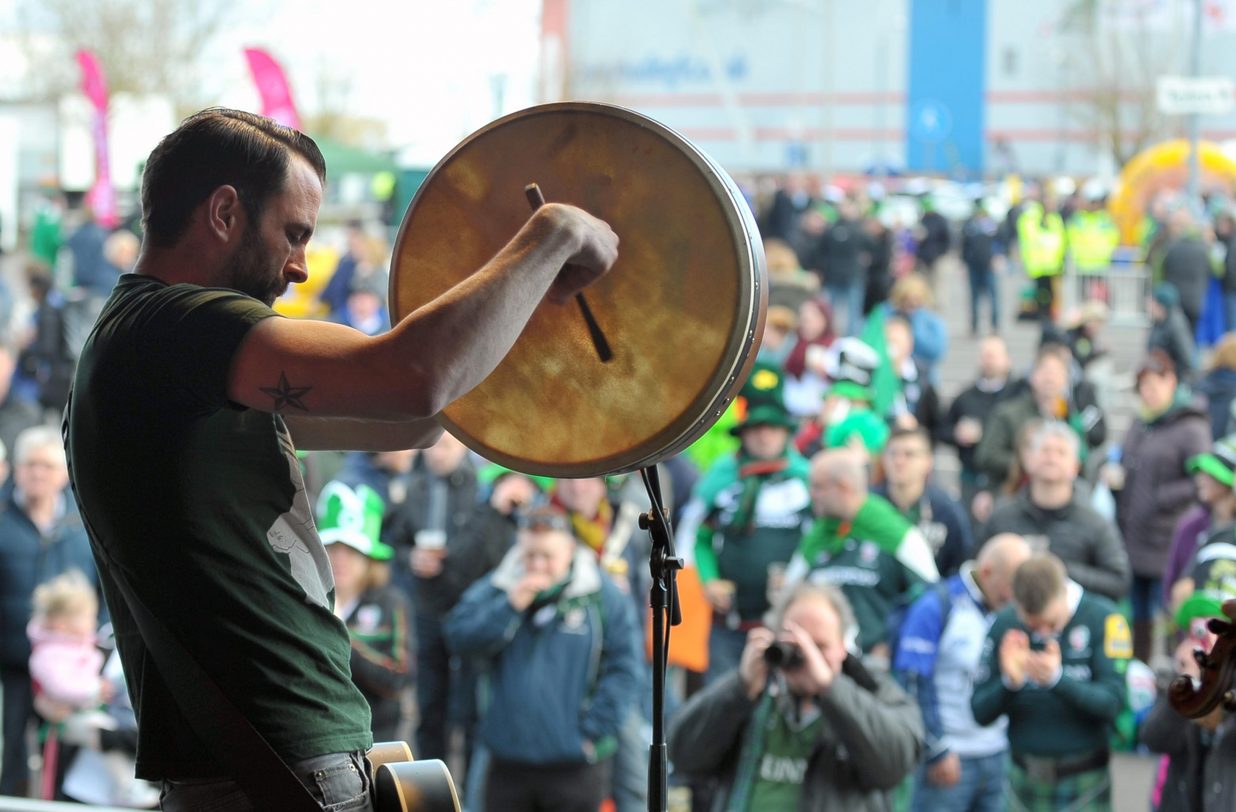 The London Irish St Patrick’s Party will take place on 28th March 2015 when Irish take on Newcastle Falcons in the Aviva Premiership. The Falcons are one of only a handful of teams that are yet to experience this fixture.

Some 20,000 rugby supporters will descend on Reading for one of the biggest rugby fixtures in the annual sporting calendar.

The St Patrick’s Party has always been a favourite amongst supporters of our great Club. The first one to be played at Madejski Stadium was on 17th March 2001 and attracted 12,500 supporters as Irish prevailed 13-10 against Northampton Saints.

It has since gone on to establish itself as a standalone fixture in the rugby diary and is attended by supporters all over Britain and Ireland.

2003 saw the visit of local rivals Harlequins to Madejski Stadium. Irish could do little to thwart the visitors as Quins were victorious 6-16 in front of a crowd in excess of 18,500.

Bath, a club who have twice been involved in this fixture over the years, spoilt the party in 2004 with a one point victory in front of over 20,000 supporters. Paul Sackey crossed for the Irish try but it was Chris Malone, who would become a future London Irish player, who kicked 11 points to add to a try apiece for Duncan Bell and Lee Mears that proved decisive.

Another West Country side, this time the Cherry and Whites from Gloucester edged the on field contest by a point, claiming a 12-13 victory in 2005. Marcel Garvey scoring the match winning try.

Irish suffered a third defeat in a row when a Sale Sharks team including the likes of Charlie Hodgson, Jason Robinson and Sebastian Chabel stormed the Mad Stad and came away with a 21-29 win in front of a crowd just shy of 20,000.

The 18th March 2007 saw the Exiles losing streak to come to an end in front of a then Premiership record crowd of 22, 648 supporters. Brian Smith’s side won 16-13 but the game will long be remembered for Argentine Flanker Juan Leguizamon butchering a try with his showboating dive before the try line.

The now Coventry based Wasps had their revenge the following year when they were victorious 22-16 through an inspired Dave Walder performance. The former Newcastle player landed five penalties and a conversion for a vital 17-point haul.

A young Tom Homer produced a man of the match performance in 2009 to move Irish up to third in the table. An excellent kicking display from Homer and a late penalty try ensured that the home Supporters' St. Patrick's Party celebrations extended well into the weekend.

2010 witnessed the most emphatic St Patrick’s Party performance from the home side as Irish saw off the Sale Sharks 38-0.

Exeter Chiefs, experiencing life in the Premiership for the first time visited Madejski Stadium in 2011. Delon Armitage took only 40 seconds to score the opening try as London Irish boosted their hopes of reaching the Aviva Premiership Rugby play-offs by beating Exeter 39-17.

The Leicester Tigers played in their first St Patrick’s Party fixture in 2012 coming from 32-31 behind with less than two minutes on the clock to secure a 32-41 win to the dissatisfaction of the 21,000 crowd.