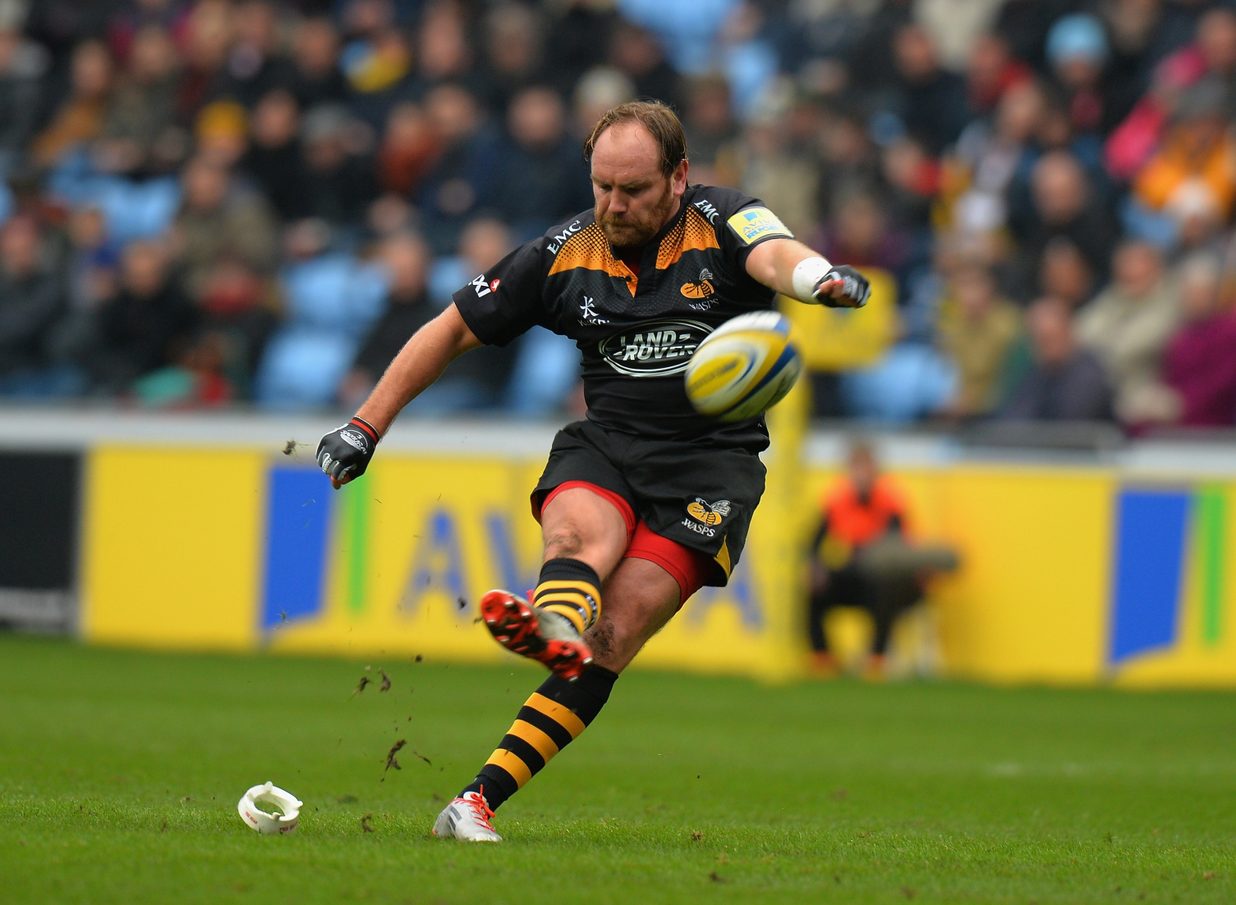 London Irish can today confirm the signing of fly-half Andy Goode from Wasps.

Goode is one of the all-time leading goal kickers in the Premiership, with a remarkable 2,147 Premiership points to his name and the second highest points scorer in the history of the competition.

The fly half made a name for himself at Leicester Tigers where he won five Premiership titles and two Heineken Cups. Following a stint at Saracens he returned to the Tigers where he continued to impress and as a result received a call up to the England team for whom he won 17 caps and amassed 107 points.

Goode signed for Wasps and has been central to their revival in recent seasons, scoring 441 points over two seasons.

Speaking of the signing, London Irish Operations Director Bob Casey said; “Andy is a top class player and one of leading goal kickers in the Premiership with an impressive kicking percentage. He has a wealth of experience to offer and is also a leader. He has proven himself as one of the best fly-halves in the Premiership and we are delighted he has signed for us.”

Andy Goode said of his signing; “I am really looking forward to joining London Irish next season. They are a family Club heading in a really promising direction. The facilities are very impressive and having spoken to the management and coaching staff it is a Club I am really excited to be joining.

“I have had two brilliant years at Wasps and will leave with many fond memories. There is still plenty to play for this season and that will have my full attention until the summer.”â��