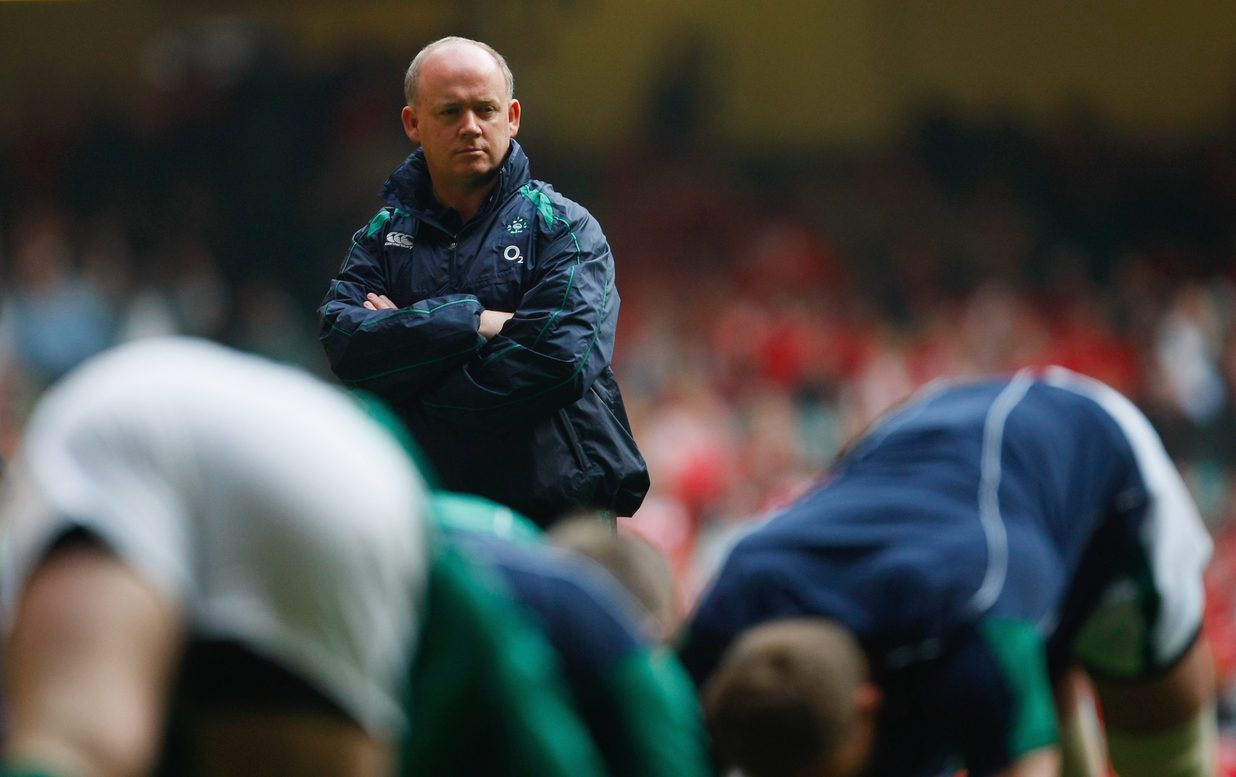 London Irish can today confirm the appointments of Declan Kidney and Les Kiss as the Exiles’ new technical consultant and head coach respectively, an announcement which is a clear demonstration of the club’s longer-term ambitions for success.

The pair join the club with immediate effect, bringing a wealth of experience to supplement the current coaching set-up.

Kidney is one of Irish rugby’s most successful and celebrated coaches and has legendary status in his native Munster, having guided the province to two European Rugby Champions Cup titles and to a further two Champions Cup finals during his time as head coach at Thomond Park.

In 2002 he joined Ireland’s coaching staff and returned to lead the national team in 2008. The Grand Slam he won 2009 was Ireland’s first in 61 years and helped earn Kidney the accolade of World Rugby Coach of the Year, which was followed by a quarter-final spot at the 2011 Rugby World Cup.

Kidney was also successful in his earlier international career, coaching Ireland Under-19s to the Under-19 Rugby World Championship in 1998 and Ireland’s second team to the 2009 Churchill Cup title.

Since 2013 he has held the position of director of sport and physical activity at University College Cork in Ireland, one of Europe’s leading academic institutions.

Kiss is also vastly experienced, his coaching career covering more than 15 years. After helping the New South Wales Waratahs reach two Super Rugby finals, the culmination of a six-year period on the coaching staff at the Sydney Football Stadium, he headed north as Kidney’s defence coach with the Ireland national team, a position he also held with South Africa in 2001/02.

Kiss and Kidney worked together between 2008 and 2013, and the Australian remained with the national team until 2015. In 2014 and 2015 he won back-to-back Six Nations titles working alongside Joe Schmidt. After the 2015 Rugby World Cup, Kiss joined Ulster as director of rugby and guided the Belfast-based outfit to the 2016 Pro 12 semi-finals, before leaving Ravenhill on amicable terms in January 2018.

“We’re as ambitious as every other club in the Aviva Premiership, and in order to achieve the objectives we have set for the club we need to make changes in the coaching structure to give us the best chance for success,” said Mick Crossan, London Irish’s president and majority shareholder.

“The current coaches under Brendan Venter, who has occupied a part-time technical director role with the club since summer 2016, have worked very hard to consolidate our position in the Aviva Premiership following promotion last year, but it is fair to say that things haven’t gone to plan.

“Our young coaching team under Nick Kennedy have worked tirelessly and have built a great team spirit, despite the disappointing run of league results that followed the opening day victory over Harlequins at Twickenham in the London Double Header.

“We feel that the time is now right to bring in someone to replace Brendan and to work with the current coaches to give us a new direction. Declan will bring a winning mentality to London Irish, something he has shown over a number of years by winning the Heineken Cup twice with Munster and the Grand Slam with Ireland, which he achieved working with Les Kiss as his assistant coach in 2009.”

Kidney’s appointment means that Brendan Venter has been released of his contract with immediate effect.

Crossan added: “Brendan will always be a significant figure in our history and we thank him for all of his efforts over the last season-and-a-half.”

London Irish chief executive Brian Facer says that the appointments mark the start of a new era at the club.

“Declan and Les have a great working relationship and huge experience of what it takes to be successful in elite rugby,” he said.

“Declan is a legend of Irish rugby, and Les’ experience in senior coaching positions with the national squads of South Africa and Ireland, together with his roles at New South Wales and Ulster, will be invaluable in helping London Irish re-establish itself as a force in the Aviva Premiership.”

Kidney is relishing the opportunity of coaching London Irish, a club he says has massive potential.

“London Irish is a club with a proud and rich tradition, both in London and in Ireland, and I had no hesitation in agreeing to join the team at Hazelwood,” said Kidney.

“It is a club which has a history of producing quality young players, and there appears to be a group of coaches with plenty of promise, and an off-field management team which is putting everything in place for a bright future.

“I’m under no illusions that this is going to be a challenging job. English club rugby is very competitive, and it is going to take several years for us to cement a place at the top end of the Aviva Premiership, but I believe that with the right structures this becomes a realistic ambition for us.

“I’m particularly excited to be working with Les Kiss again. We had a great relationship with the Ireland national team and I know that he is the right person to join me on this journey.

“We can’t wait to get started.”

Kiss joined Kidney in expressing his excitement about rekindling the coaching partnership.

“Declan is a great person to work with, and I’m looking forward to joining him at London Irish,” he said.

“It is a big job for us, but one we are relishing. There are some good coaches already at Hazelwood, the likes of Nick Kennedy, Declan Danaher, Paul Hodgson and George Skivington, who have all shown their commitment to the club for several years, and we believe that we will be able to help them reach their potential.”