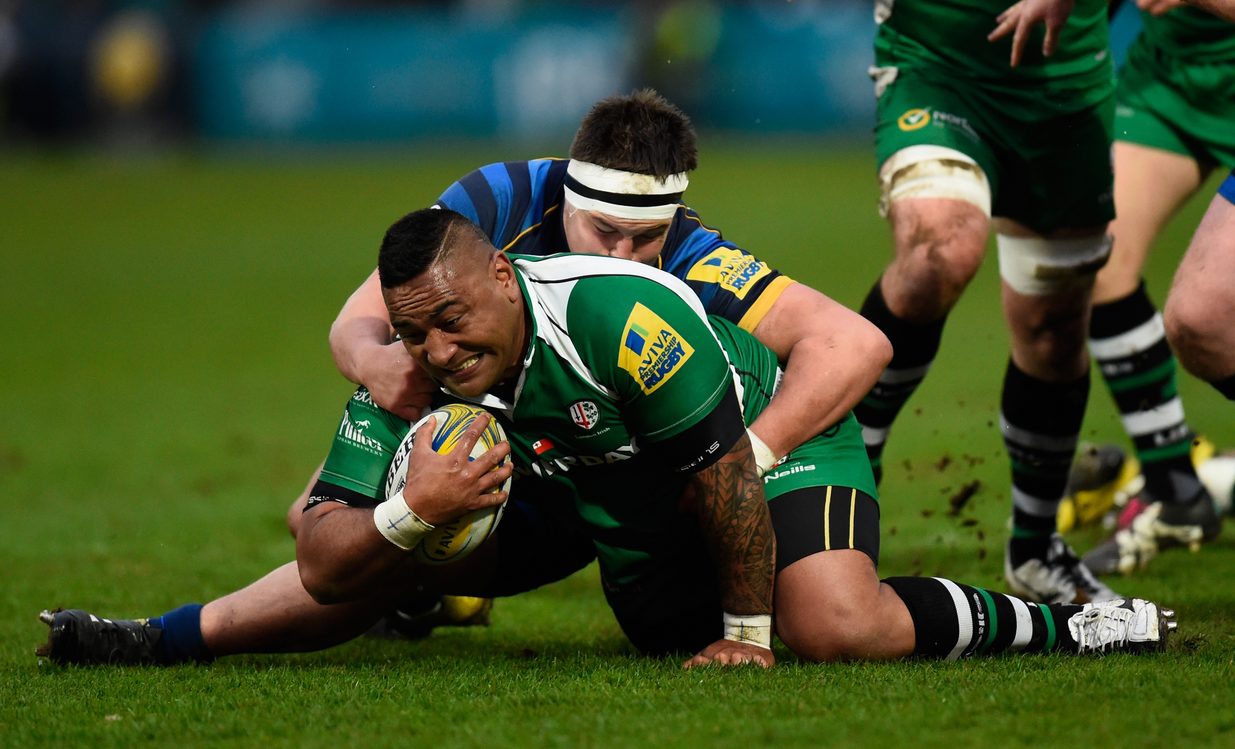 London Irish picked up what could prove to be a vital losing bonus point come what May after a 12-6 defeat at the hands of Worcester Warriors in the Aviva Premiership.

Greig Tonks’ penalty three minutes from time means the gap is now down to four points at the foot of the table, with Dean Richards’ Newcastle Falcons hosting Wasps at Kingston Park tomorrow.

The Exiles were good value for the point, but could be forgiven for feeling aggrieved that they were unable to take home the victory at Sixways.

With all the points coming from the boot of Worcester’s Tom Heathcote and Irish fly-half Tonks, it was safe to say defence was the theme of the afternoon as both sides demonstrated outstanding line speed and aggression in the tackle.

Chances were at a premium with neither side managing to cut their teeth in attack until the latter stages of the contest. It was not until the 27th minute that the electronic scoreboard registered the first points of the game as Heathcote kicked a penalty before the fly-half repeated the trick moments later. An infringement at the scrum followed by an altercation at the breakdown enough for referee Greg Garner to blow his whistle.

Prior to Heathcote’s penalty double, the former Bath man had turned down two earlier kickable penalties, with Dean Ryan’s troops clearly demonstrating their attacking intent from the off. Irish stood firm to deny the home side, who have shown enough in recent weeks to rubberstamp their top-flight status for next season.

The Exiles began the second period in emphatic fashion and created two clear-cut opportunities within the opening stages. First, full-back Sean Maitland sliced through Worcester’s defensive line at will thanks to a sharp turn of pace from the Scot, only for his offload to be knocked-on by an onrushing teammate in support. Within minutes it was Johnny Williams’ turn to give the Worcester backline a fright as the centre ducked his marker on his own line to race the length of the field before being thwarted on the Warriors’ 22.

On 54 minutes Heathcote increased Worcester’s lead to 9-0 with his third penalty of the day, meaning Irish were out of bonus point territory. Not deterred by the margin and with time still very much on their side, the Exiles kept their composure to pull themselves back into the match. A Tonks penalty 10 minutes from time gave the visitors renewed hope.

Heathcote struck home a further penalty on 75 minutes, but the in-form Tonks rescued a point three minutes from time with points of his own, the forward pack playing a crucial part in winning the penalty.

Irish welcome Sale Sharks to the Madejski Stadium next Saturday in Round 19 of the Aviva Premiership.