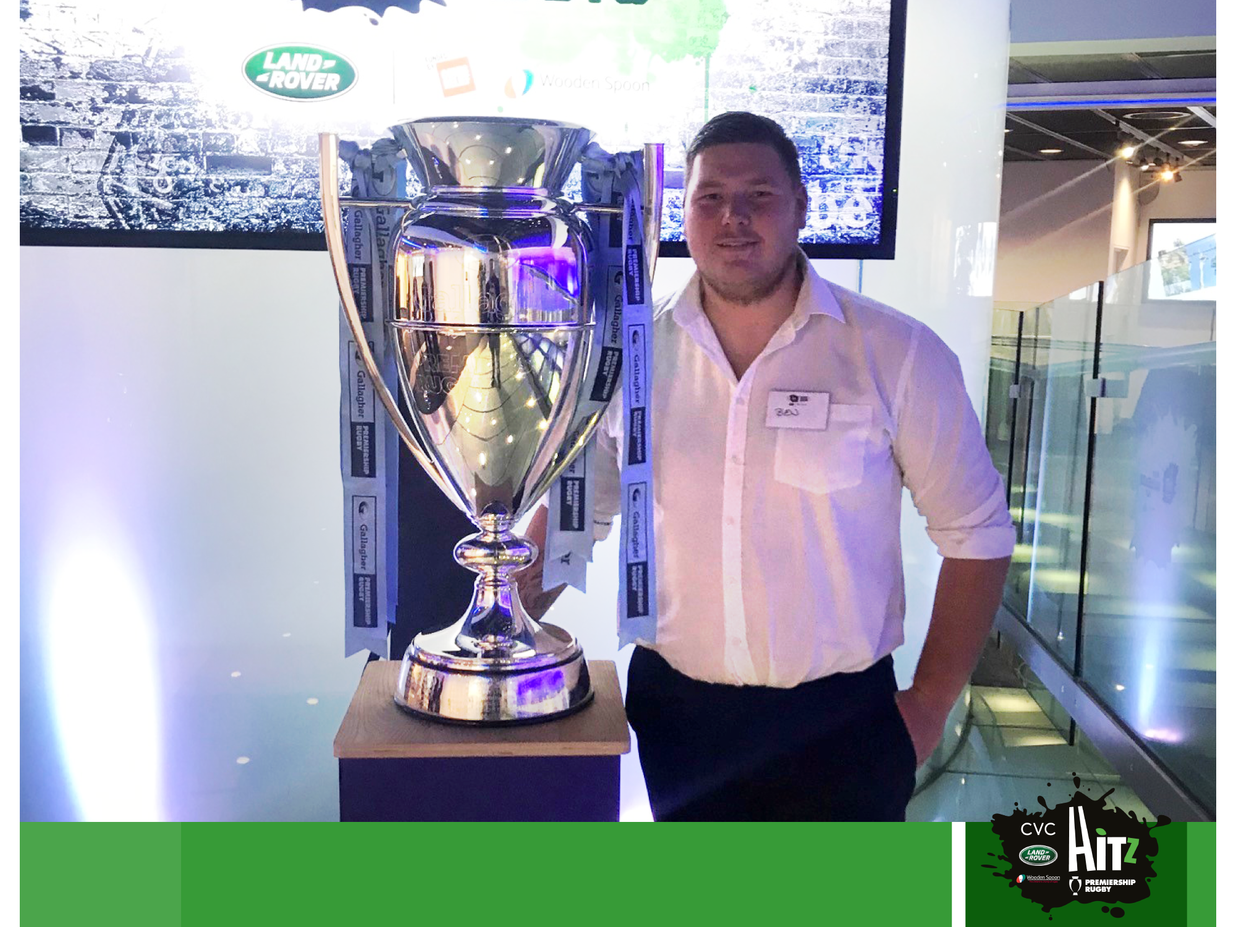 Having gone from being disillusioned with the education system to full-time employment with the London Irish Foundation, Ben Nutt’s life has turned around since he enrolled on the HITZ programme.

HITZ is Premiership Rugby’s flagship education and employability programme, working with more than 2,000 14-23 year-olds across England every year and using rugby’s core values to develop the personal skills, life skills and employability skills of young people not in education, employment or training. (NEET).  It is delivered by all Premiership Rugby clubs and Ben is a great example of the way it can have a hugely positive effect on the lives of young people in England.

Ben - who has ADHD and autism - was withdrawn from college, struggled with low self-esteem, anxiety, obesity and became reclusive, but having progressed through the HITZ programme his life turned around.

He passed his level 2 Maths and English and went onto being named BreakThru Achiever of the Year at Premiership Rugby’s glittering Parliamentary Community Awards in 2017. Ben has since completed further studies and taken up an apprenticeship at London Irish as an Inclusion Officer.

Pegg said: “Ben first joined us about four or five years ago after being at Reading College where he didn’t quite fit the mould. I think the HITZ programme made him feel like an equal for the first time.

“He did two years on the programme and after he finished, we kept in touch. I had the opportunity to employ him as a freelancer, and then he started his apprenticeship in September 2019. He’s just flourished since then.

“He’s now one of our best inclusion coaches, he’s always coming up with new ideas and taking on new roles and over the last few years, he’s grown as a person.

“We did a podcast together at the start of the lockdown and Ben was open and honest about some of his issues. There are still things he has to monitor, but he’s in a much better place now.

“One of the things HITZ did was introduce Ben to rugby - he’s captained our mixed ability team and also gone on to play for Windsor RFC. I think that’s helped him channel some of his emotions, and helped him socially, too.”

Nearly 16,000 have engaged in the HITZ programme since it was created in 2008, and Pegg believes the unique environment delivered nationally by Premiership Rugby’s 13 shareholder clubs is key to its success.  Supported by the CVC Foundation, Land Rover, Wooden Spoon and SCL Education, HITZ is one of Premiership Rugby’s flagship community programmes.

With the Covid-19 pandemic having presented many challenges to the personal, social and physical well-being of HITZ participants, Pegg insists the programme offers a key service across the country.

He added: “People from all walks of life enrol onto the HITZ programme with us, and it puts everyone on a level playing field. It makes education accessible and realistic, and it opens up a wide range of pathways for the future, too.

"The last year or so has been tough, but we’ve had the opportunity to continue working face-to-face which I think has made a big difference. A lot of our learners struggle with mental health issues, and the interaction from a social point of view is invaluable.

“I think it uses the core values of rugby in a great way. They’re embedded into the programme quite organically, so I think people understand how they can relate to a job, to someone’s feelings or whatever it might be.

“For us, HITZ is just the start for a lot of our learners, and we’re keen to show them that our support is always there, whether it be for a reference or a bit of guidance. Ben is a classic example of that."

Wayne Morris, Community & Corporate Social Responsibility Director at Premiership Rugby said: “We were all inspired by Ben’s story when we were lucky enough to meet him at the Parliamentary Community Awards.

“HITZ succeeds for young people like Ben because it uses rugby’s core values of teamwork, respect, enjoyment, discipline and sportsmanship to support young people to make positive changes in their life.

“Starting in a field in the London Borough of Hackney in 2008, HITZ has gone from strength-to-strength and helped participants turn their lives around through gaining qualifications and developing their personal, life and employability skills.”