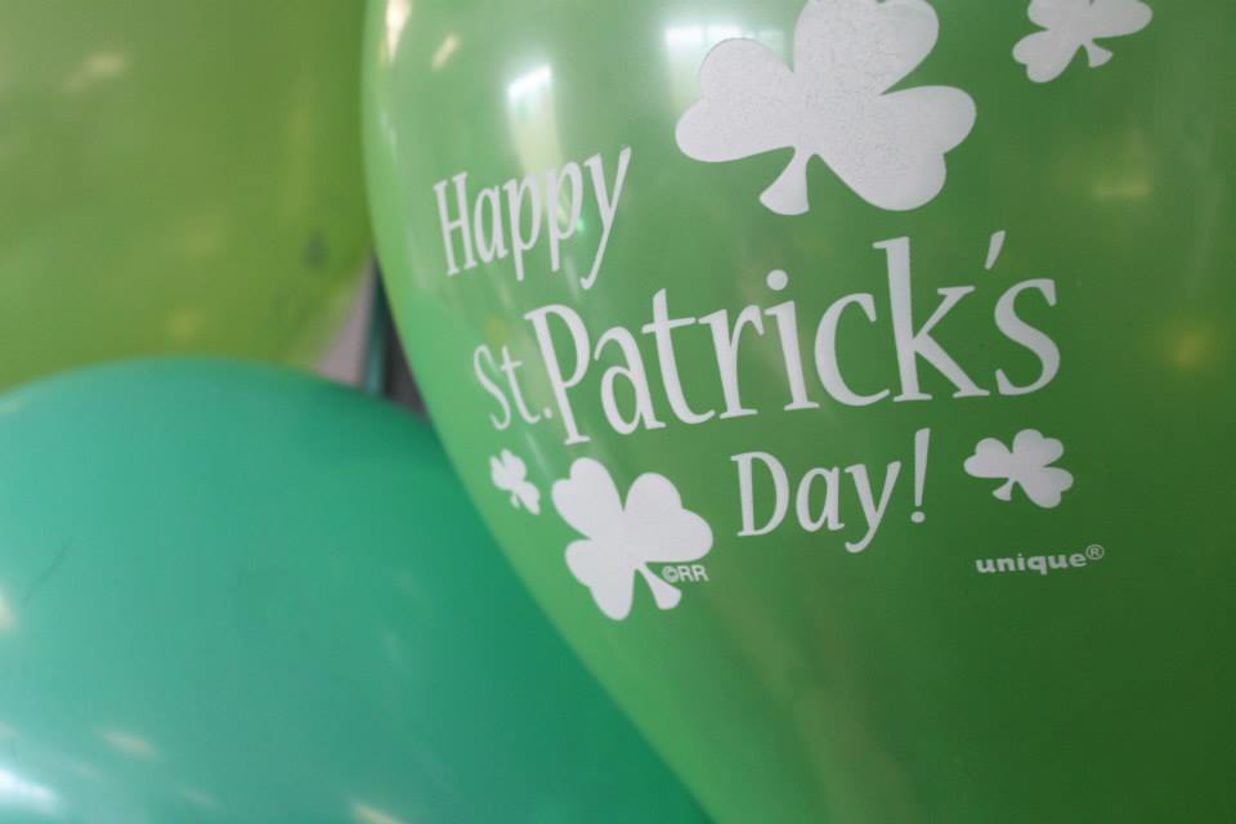 London Irish’s official marketing partner, Tourism Ireland, aimed to encourage friends of Ireland across the world to ‘go green’ this St Patrick’s Day in as many creative ways as possible.

Over the past five years the campaign has led to global landmarks such as the Great Wall of China and the London Eye being ‘turned’ green to celebrate St. Patrick’s Day.

London Irish Rugby Club supported the Global Greening campaign in many ways; including turning the official website green, decorating the elite training facility at Hazelwood and performing a Ceili dance on the First XV training pitch with players and coaches.

St. Patrick’s Day is celebrated by millions around the globe, and every year London Irish throw their annual St. Patrick’s Party game at the Madejski Stadium, this year being held on the 28th March.

Tourism Ireland Great Britain Brand Partnership Manager, David Wood, said; “Our Global Greening campaign has been running for five years now and it is great to have a Club like London Irish support it. This year we wanted to do more than turning monuments green, and so it was great to see London Irish turning their website green as part of the campaign.”

London Irish Operations Director, Bob Casey, said; “We are very proud of our Irish heritage at the Club and we were delighted to take part in Tourism Ireland’s Global Greening campaign. St. Patrick’s Day is always a great occasion, but for us the party hasn’t stopped yet with our St. Patrick’s Party game on 28th March and it is shaping up to be a fantastic day.”

The game attracts thousands of people every year and combines top class Premiership rugby with a festival of music and celebration before and after the game. Tickets are still available but selling fast: http://goo.gl/6FwfSe