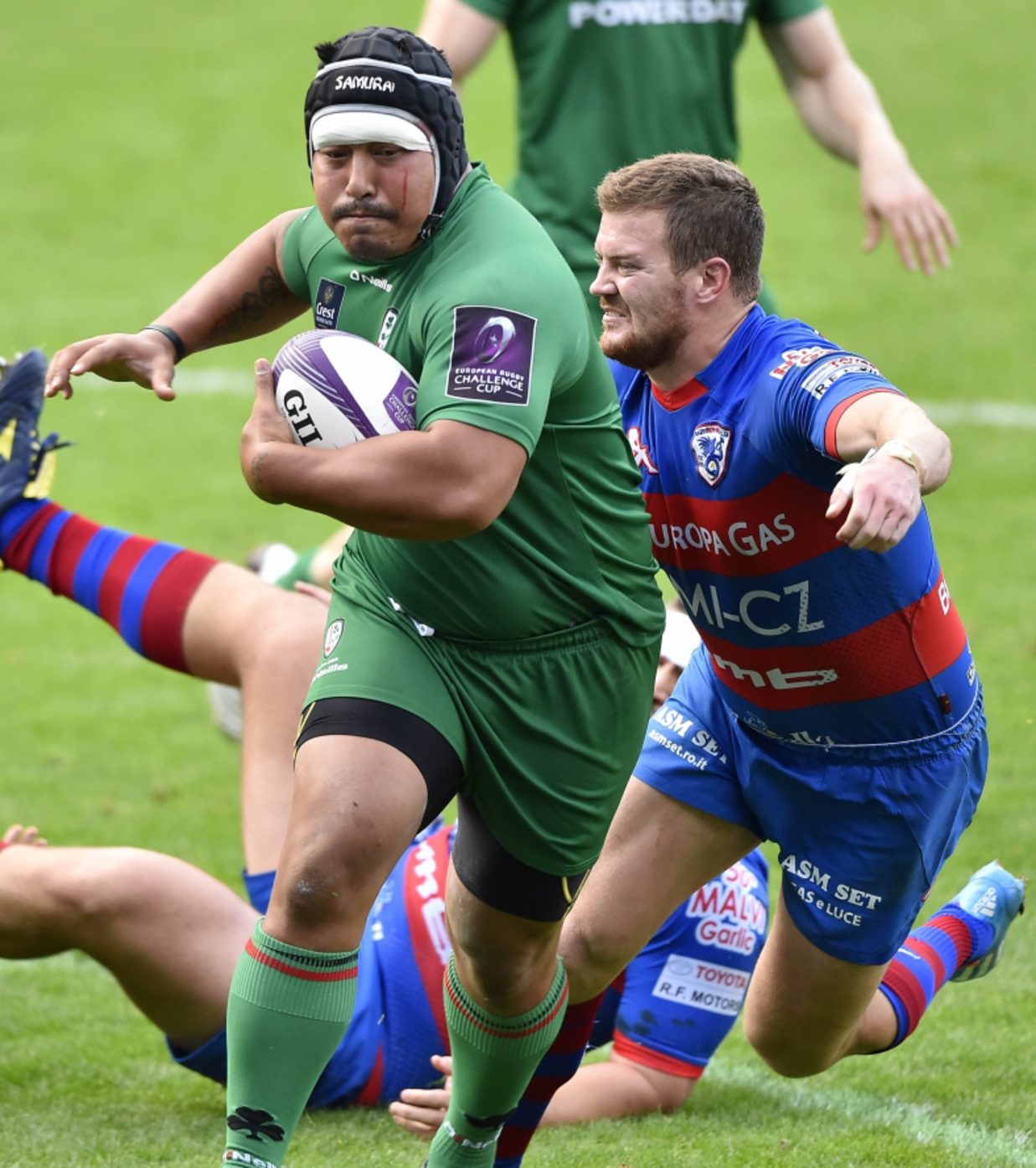 On Saturday 24th January London Irish travelled to Rovigo Delta in North East Italy knowing that a bonus point victory would guarantee them a home quarter final in the European Challenge Cup by securing the top spot in the toughest pool in the competition .

It all started back in October 2014 at the launch of the brand new European Challenge and Champions Cups. London Irish found themselves drawn in Pool One alongside Cardiff Blues with the likes of Sam Warburton, Gethin Jenkins and Alex Cuthburt in their ranks, Top 14 side FC Grenoble and Italian side Rugby Rovigo Delta.

Drawn in the toughest pool in the competition the Exiles knew the challenge ahead would be tough, but they set their sights on the competition determined to make history and went into it with a simple ethos in mind; ‘Dare To Dream’.

Round one saw Irish welcome Rovigo to the Madejski Stadium and the Exiles started their European campaign in an exhilarating fashion by racking up 70 points, with Myles Dorrian the star man converting all ten including one of his own, to thrash Rovigo 70 – 14.

Next up was a trip to Grenoble to face a side unbeaten at home in the Top 14. Irish were to break this record with an outstanding performance that claimed the maiden win for a visiting team in Grenoble this season as the Exiles ran out 25 – 15 winners.

Round three and four saw a back-to-back home and away showdown with Cardiff Blues. First Irish travelled to the BT Cardiff Arms Park where they suffered their first defeat of the campaign, going down 14 – 24.

Revenge came a week later, however, when the Blues travelled to the Madejski and Irish came out on top 34 – 23 to claim victory and put themselves in the driving seat of the pool.

The penultimate round saw Irish welcome Grenoble to the Mad Stad. In an exhilarating game it took Irish until the last play of the game to secure victory. Myles Dorrian again the hero as he latched onto an overthrown lineout to score under the posts to claim a hard fought 43 – 41 victory. Despite this, a 104 – 12 win for Cardiff over Rovigo Delta meant Irish had to secure a bonus point win in Italy the following week to finish top of the pool.

And so we return to the start of this article, and London Irish needing four tries and a win to secure a home quarter final. It was a tense opening 40 minutes, Irish trying to force the result. They took a narrow 10 – 6 lead into the break, thanks to an Ofisa Treviranus try and the boot of Shane Geraghty, knowing they now needed three tries in 40 minutes.

The second half saw Irish run their opposition ragged, scoring four tries, including a further two from Treviranus to secure the home quarter final in a raucous fashion as they kept Rovigo to nil in the second half with a final score of 34 – 6.

Now Irish face Edinburgh, after the Scottish outfit finished top in pool four, on Sunday 5 April at the Madejski Stadium in the Club’s first European quarter final in six years. A win on that day will secure a home semi against either Cardiff Blues once again or fellow Welsh outfit the Dragons, and beyond that a final showdown The Twickenham Stoop.

For Irish, first things first and the quarter final in April, it is important to focus on the task in hand. But all the while remember the ethos running through the Exiles’ European campaign; ‘Dare To Dream’.