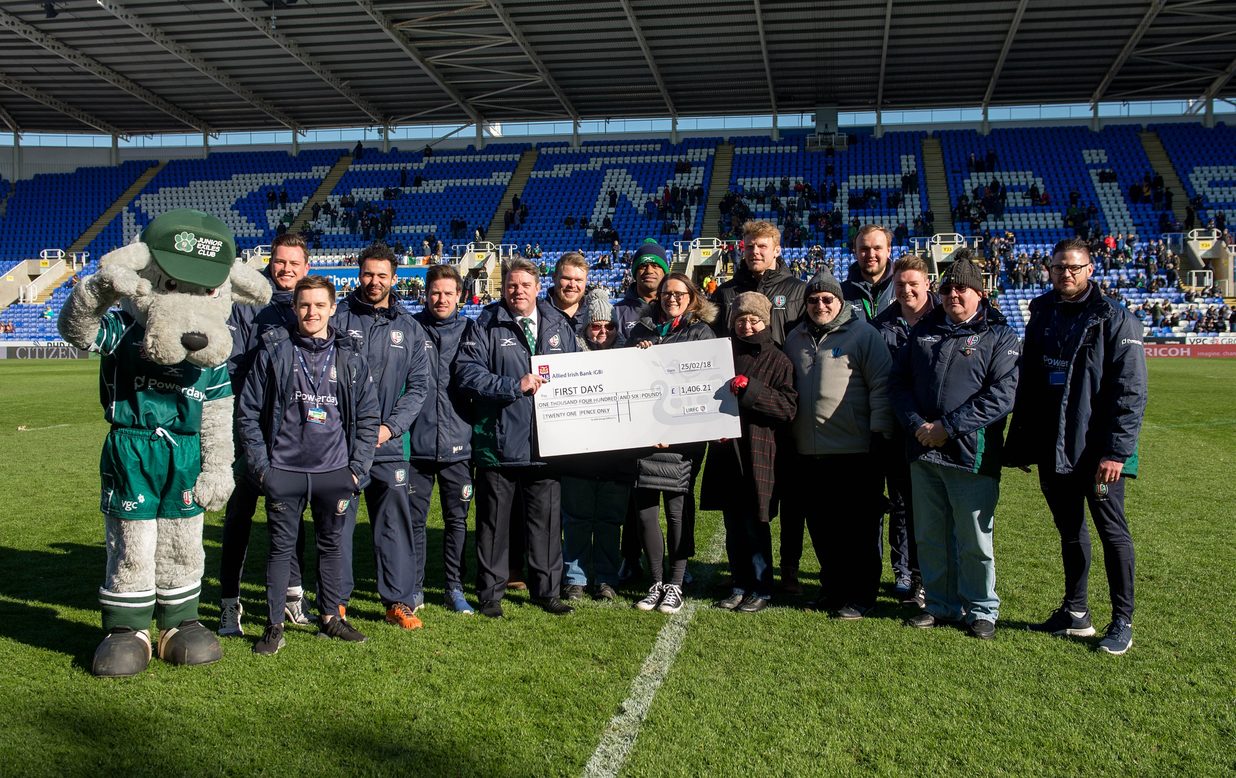 The London Irish community team presented a cheque for more than £1,400 to charity partner First Days at half-time on Sunday.

The Reading based charity, which came on board with Irish in 2016, collects pre-loved baby clothes, toys, equipment and furniture to be distributed to those that need them most.

Before Christmas, businesses in the Reading area were able to purchase tickets for London Irish’s home game against Newcastle Falcons at a discounted rate, with a percentage of each ticket sold being donated to First Days.

The London Irish community team also headed to the Oracle Shopping Centre in Reading over a two-day period to sell tickets to the public. More money was also raised on the day of the game thanks to the generosity of London Irish supporters.

“It’s been an absolute pleasure to raise money for First Days, a charity close to everyone’s hearts at the club,” said Andy Keast, head of community at London Irish.

“I would like to thank the Oracle Shopping Centre for allowing us to raise money on their premises and a big thank you must go to everyone who contributed to this fantastic charity.”

“The relationship that we’ve built with London Irish over the last two years has been fantastic and we’re extremely grateful for their continued support.”