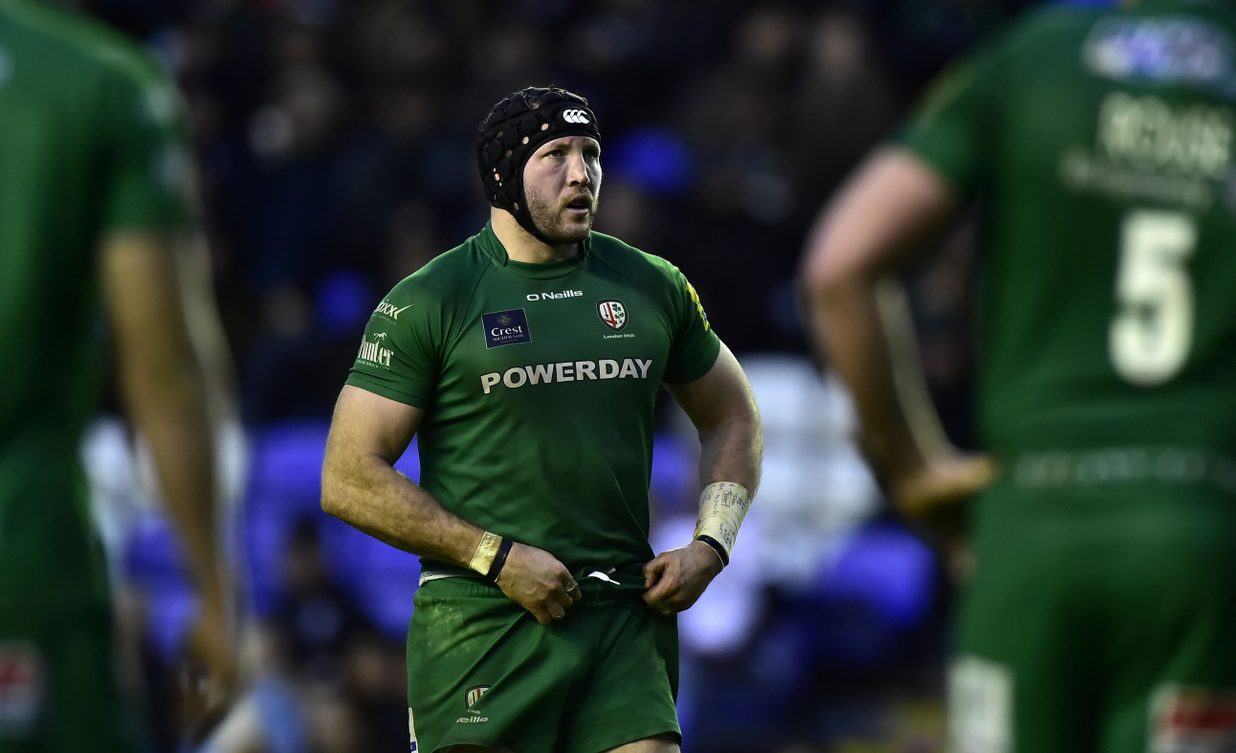 Tom Court, David Paice and Halani Aulika make up the front row with George Skivington and Jebb Sinclair in the second row. Ofisa Treviranus, Conor Gilsenan and Tom Guest make up the back row.

Shane Geraghty and Scott Steele form the half back pairing with Eamonn Sheridan and Fergus Mulchrone in the centre. Tom Fowlie, Topsy Ojo and Andrew Fenby are named in the back three.

Luke Narraway has recovered from injury to be named among the replacements alongside 17 year-old Academy fly half Theo Brophy-Clews who impressed during the LV=Cup campaign.

London Irish Head Coach, Glenn Delaney said: “We are excited by the challenge of going to Saints, playing the champions at their home ground is the biggest test of the season. The players that have been selected have been so on merit, however there have been a couple of setbacks towards the end of this week that have forced a couple of late changes. Theo Brophy-Clews has shown real maturity during the LV=Cup series and we believe he already has the capability to play at this level and therefore has been named as a replacement.”