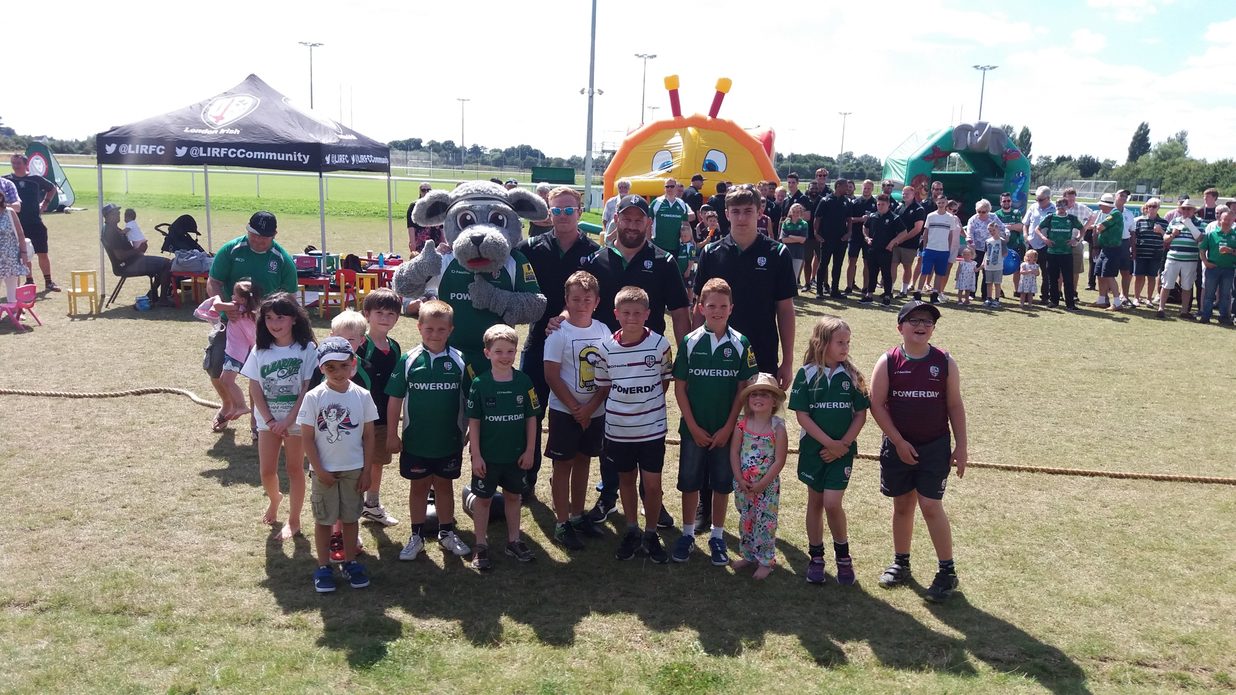 The sun was shining on Saturday 6th August as over 450 London Irish Members took over Hazelwood – the home of London Irish for the exclusive Members Only event.

While the children were kept entertained by the inflatables, free fruit snacks and garden games, the adults tucked in to the free hog roast on offer as the sounds of Paul Bowen filled the training ground.

Hosted by our Community team, our free coaching clinic welcomed around 20 children as they took part in a mini game of rugby, taking on the London Irish players before everyone made their way to the rugby skills session hosted by coaches Paul Hodgson and Clark Laidlaw.

A particular highlight of the day saw Double World Cup winner Ben Franks take on Digger and a selection of our Junior Exiles at a Tug of War competition which proved more difficult for our prop as Conor Gilesnan stepped in to help but were still defeated by Digger’s team!

Rounding off the day, coaches Dec Danaher, Paul Hodgson and Clark Laidlaw took part in a Q&A before the ‘demon barber’, Paul ‘Dodge’ Hodgson took the razer to Caimh for his ‘Brave the Shave’ campaign.

All of the photos from our Members Day are available to purchase online by clicking here.

Our Member’s Day was just one of the many benefits you receive with a London Irish Membership. To take advantage of these benefits, you can purchase your Membership online here or by calling our ticket hotline on 0118 968 1016.