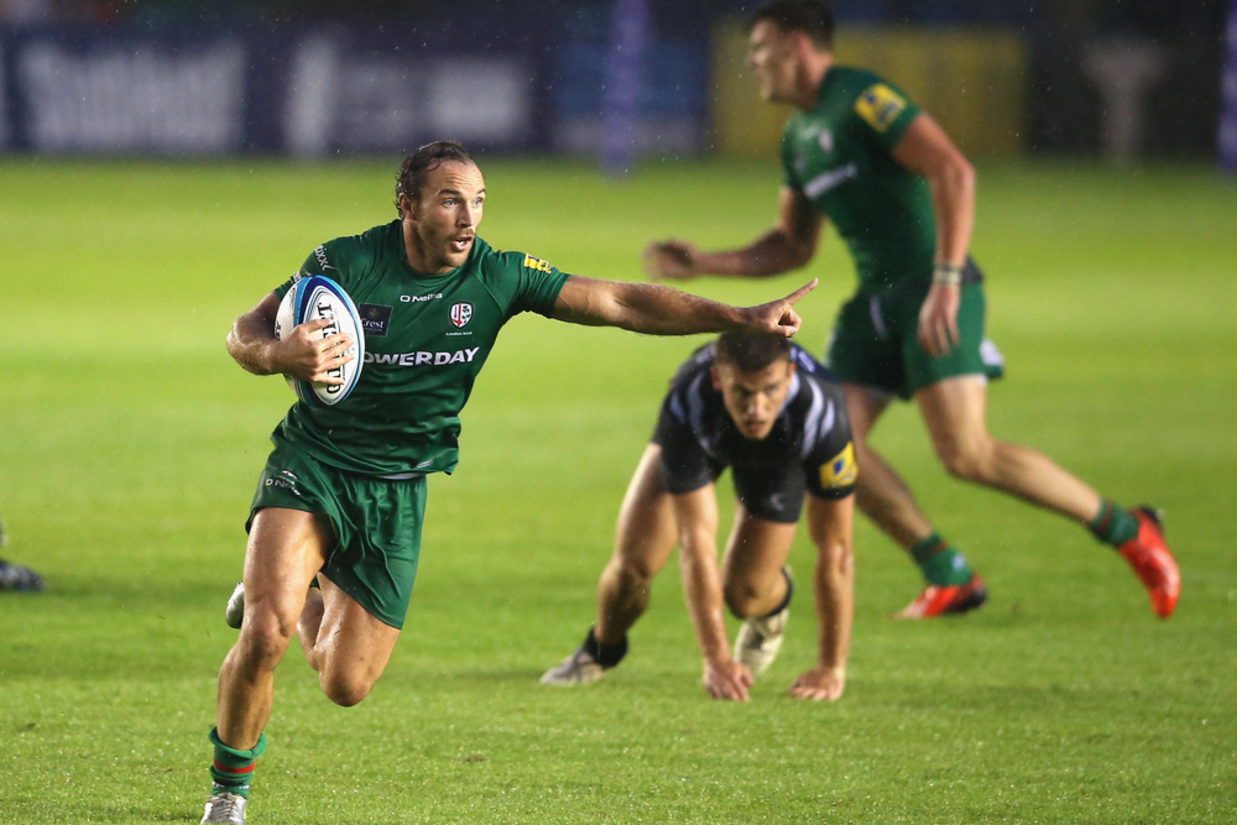 London Irish played three and won one this evening as they lost out in the final of the Plate against Leicester Tigers.

The young side, coached by the Academy coaches showed effort and endeavour throughout, however were well beaten in the Plate Final by Leicester Tgers.

After Cardiff and Gloucester got off to winning starts in games 1 and 2 against Leicester and Northampton respectively it was time for the Exiles to enter the fray against hosts Harlequins in game 3.

Quins got off to the perfect start with Jordan Burns darting over in the first minute after streaking clear of the break down. Cam Cowell struck back immediately before he was harshly handed a yellow card for as perceived tip tackle. A Jack Maslen intercept try before half time gave the home side a 12-5 lead at the break.

Exciting young Academy prospect Johnny Williams got Irish back into the match showing great feet and power to get over the line. However a second try to Burns and a solo effort from replacement Gavin Dampies was enough to condemn Irish to defeat and the Plate tournament.

Next up for the Exiles was a Plate semi final encounter against Newcastle Falcons who had lost narrowly in their opening match to Newport Gwent Dragons. In atrocious conditions it was Irish that drew first blood with a try for Will Harries and it remained 5-0 till half time.

Newcastle levelled the scores late in the second half to set up a tense finale. Connor Murphy came off the bench to score the winning try after quick thinking from a tap penalty to book his side's a place in the Plate final.

Nick Kennedy's side came up against a well organised Leicester outfit in the penultimate match of the evening and went down 17-0. Tries to Josh Fowles, Phil woodhead and Dan Rundle were enough to secure Leicester the Plate.