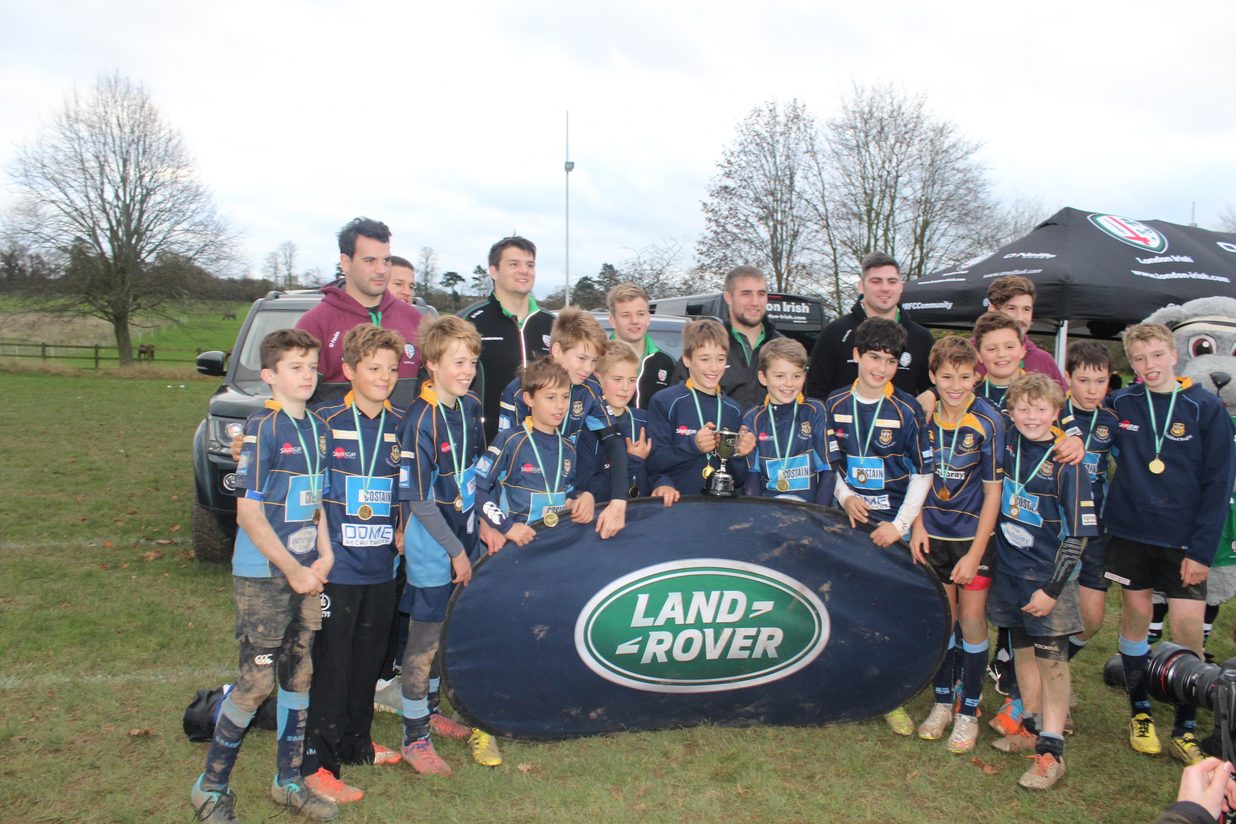 The Land Rover Cup is the grassroots rugby festival where teams pit themselves against clubs from their local region. It is a nationwide tournament for under 11 and under 12 teams, with over 7,000 youngsters taking part each season.

The long running grassroots rugby tournament, the first of its kind to be officiated by Premiership Rugby, is run in conjunction with all 12 Premiership Rugby clubs and has been supported by Land Rover since its inception.

Teams from as far as Bournemouth RFC took to the field, but it was Maidenhead RFC who ended up walking away with the U11 honours, whilst Guildford RFC claimed the U12 Trophy.

Attending Reading Abbey to watch the Land Rover Premiership Rugby Cup were London Irish players Dominic Waldouck, Joe Trayfoot, Scott Steele, Tom Smallbone, David Sisi, Rob McCusker and Fergus Mulchrone. Even though the stars of Premiership Rugby are accustomed to playing at grand stadiums around the country, they know how important grassroots rugby is for the development of the game. Taking the opportunity to meet youngsters, pass on advice and chat to the coaches & parents supporting the teams, made the rugby festival all the more special.

“Every player starts out playing grassroots rugby and it is festivals like the Land Rover Premiership Rugby Cup that are essential for helping the next generation of rugby players learn the vital skills that will help them progress.” Said Rob McCusker from London Irish RFC.

“Rugby at all levels is about enjoying the game and the values that it teaches never change. To be able to meet some of the youngsters taking part brought back fond memories of when I first started playing rugby. The standard of rugby was really high and shows just how strong the future of the game is. It also proves how vital tournaments like the Land Rover Premiership Rugby Cup are for bringing these players through.”