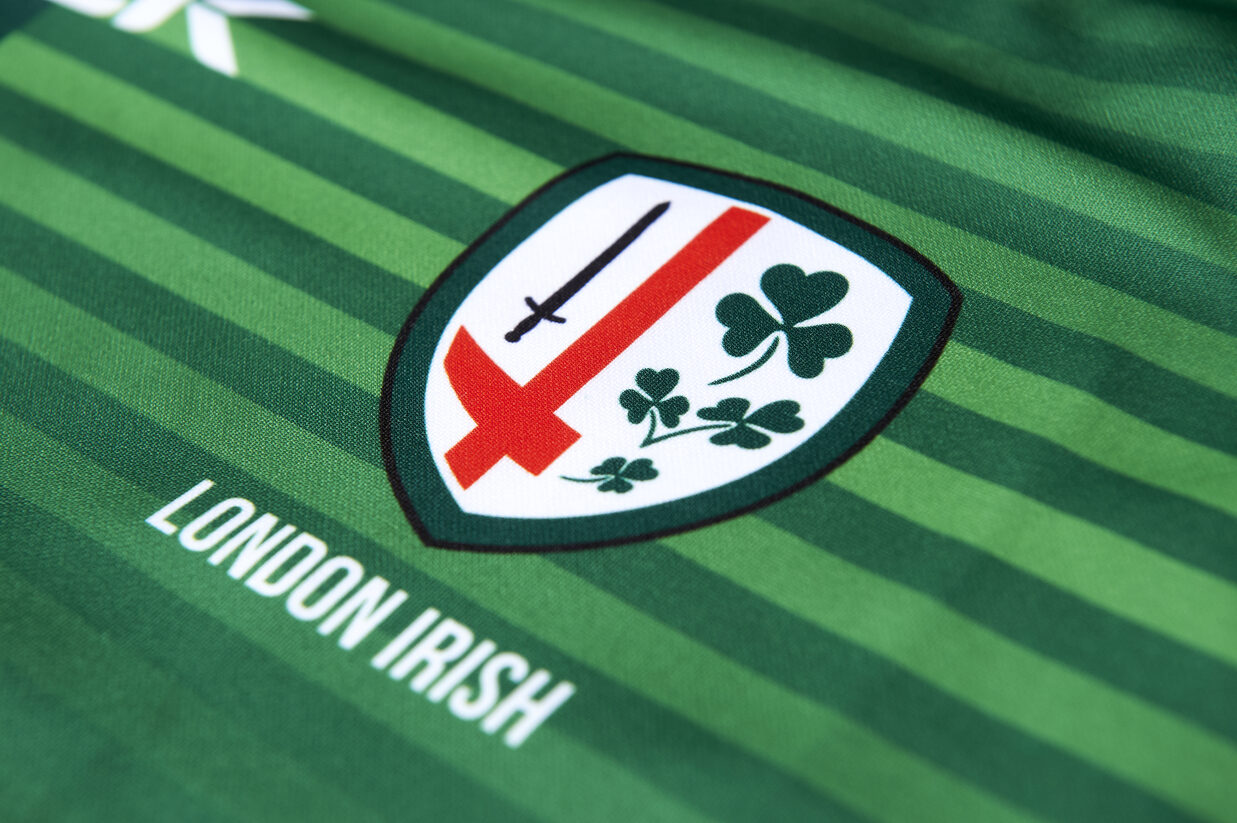 The Exiles’ return to the capital last year was the inspiration for the 2020/21 season’s kit, as the Club played their first season at the Brentford Community Stadium in West London.

With a nod towards the future, the home jersey featured a London skyline, with the homecoming slogan ‘Back In Town’ at the bottom, while the away jersey harped back to the Club’s past, with Gaelic ribbons symbolising our Irish heritage.

Although both shirts were lauded by supporters, unfortunately there were only a handful of occasions on which a limited number of the Exile Nation faithful were able to don their colours whilst supporting the team in person.

With that in mind – and so supporters can continue to wear their home and away shirts with pride during the upcoming campaign – the Club has taken the decision retain the same kit designs for the coming campaign, albeit with a few subtle changes, including new sponsors and ‘SEASON 2021/22’ identification etched on the jersey. We’ll be re-launching the new kits in the coming weeks, so keep them peeled!

Supporters can, however, still look forward to two exciting new kit launches for the 2021/22 season. For the first time in several years, the Exiles will be introducing a kit for European and Cup competitions, a design that embodies the values and motivations of the Exile Nation. Additionally, the annual St Patrick’s Party shirt will also be launched early, but this season, you – our supporters – will be given the opportunity to vote for the final design. More on that to follow in due course!

Much of the 2020/21 training and off-field range will also remain for the first part of the campaign, but many of these items will be reduced in price. However, new clothing and merchandise items will be available from the start of the season, with further products added ahead of the festive period.

Secure your seat for the 2021/22 season at the Brentford Community Stadium here.