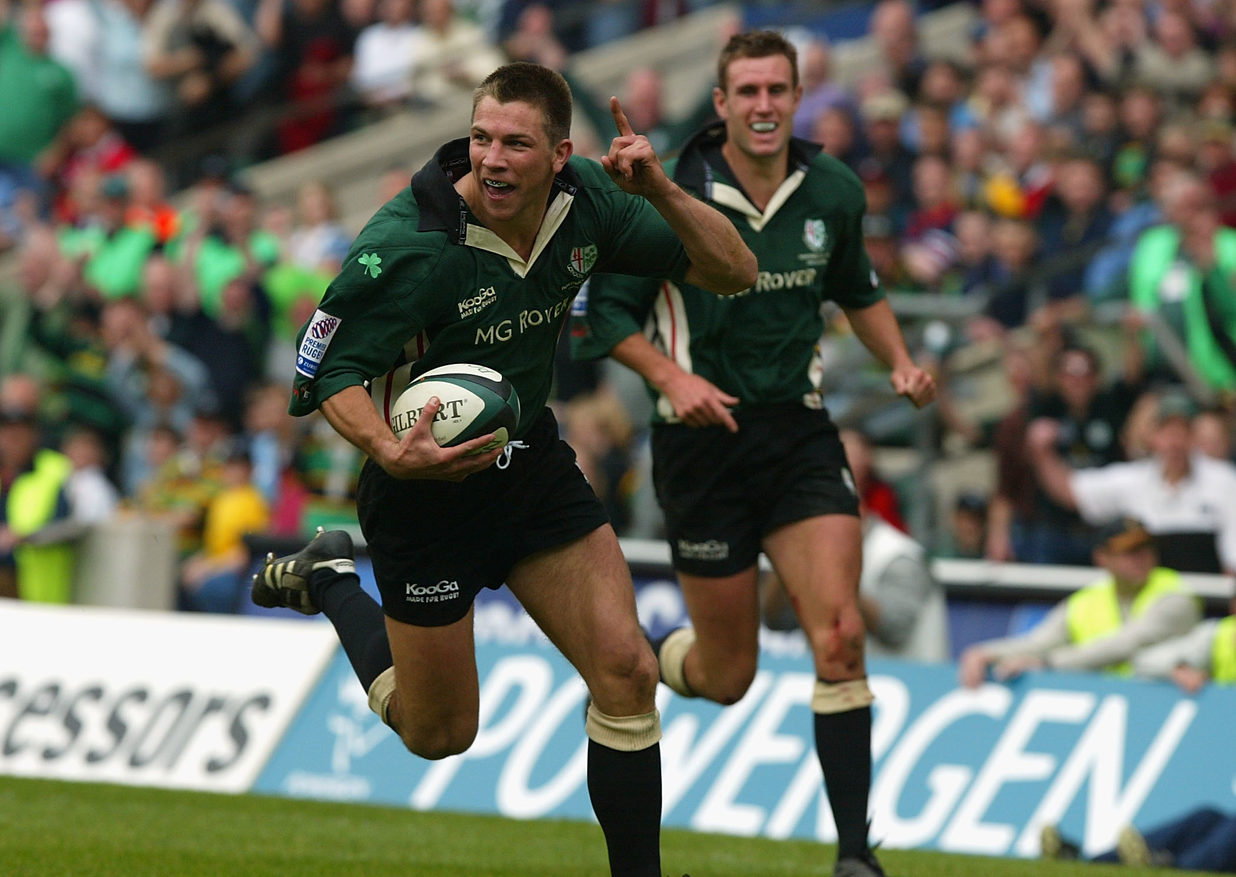 London Irish legend Justin Bishop was inducted into the Club’s Hall of Fame roster at the End of Season Awards Dinner held at Hazelwood on Thursday night.

Scoring twice in the Exiles’ Powergen Cup Final triumph over Northampton Saints in 2002, Bishop was capped 25 times by Ireland and joins a prestigious list of inductees. The West Sussex-born flyer, who spent 13 years at Irish as a player, was also part of the Club’s coaching set-up after calling time on his career.

Matt Symons scooped the Player of the Season gong following a stellar campaign that saw the former Waikato Chiefs lock make 23 appearances to become a mainstay of the Exiles’ pack.

Meanwhile, exciting talent Johnny Williams picked up the Young Player of the Season accolade after racking up an impressive seven tries in 21 outings. A product of the Club’s AASE Scheme, the 19-year-old centre can now look forward to representing the Red Rose at the U20 World Championships held in Manchester next month. Williams, who inked a two-year contract extension last year, has recently reaffirmed his commitment to helping the Exiles make an immediate return to the Aviva Premiership.

Luke Narraway was awarded the Players’ Player of the Season, the former England international skippering the Exiles for the majority of the season. Narraway, 32, has led by example during a testing year for the Club and his experience and leadership will be invaluable next season.

Try of the Season went to Alex Lewington for his score during the Premiership clash with Saracens in New York earlier this year.