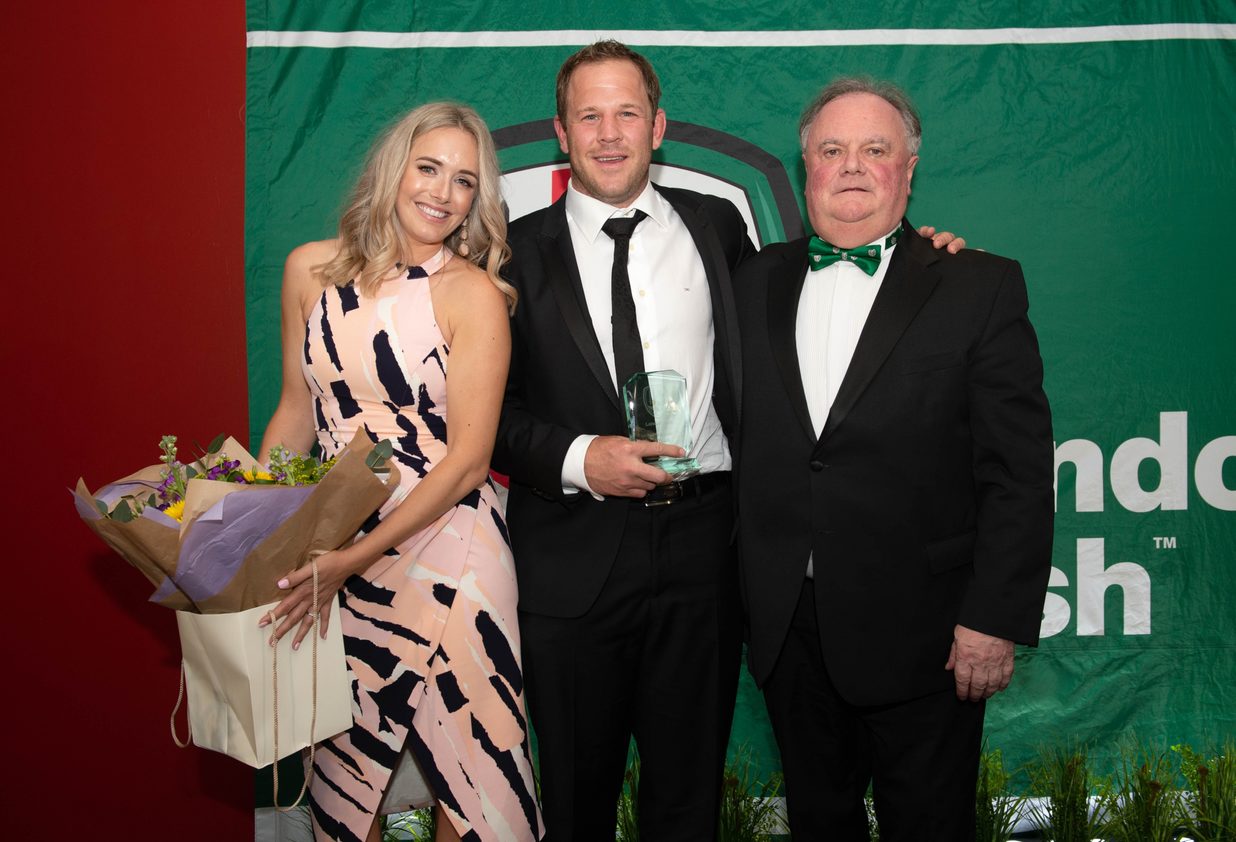 Ofisa Treviranus was named London Irish Player of the Season at the club’s end of season dinner held at Twickenham Stadium last night.

The Pacific Islander, who has made more than 100 appearances for the club, has been a cornerstone of the Exiles’ pack this campaign. Treviranus has crossed the whitewash on three occasions this season including a try in the London Double Header triumph over Harlequins at rugby HQ.

Darren Dawidiuk and Josh McNally were the recipients of the Spirit of Rugby Award, the duo recognised for their courage off the field. Dawidiuk was diagnosed with testicular cancer after a full pre-season with the Exiles, and within days of completing a three-month course of chemotherapy, he was back in training.

Meanwhile, McNally has also faced tough challenges off the pitch after undergoing surgery to correct a hole in his heart. McNally, who also serves in the RAF, felt unwell following the Aviva Premiership fixture against Saracens at the end of October, extensive tests revealing the condition.

After having the procedure, McNally worked tooth and nail to get himself back into first team contention and made a try-scoring return against Gloucester in the annual St Patrick’s fixture.

Neal Hatley, who is now part of Eddie Jones’ England set-up, was inducted into the London Irish Hall of Fame, honouring a great play and an ambassador for the game.

A special award for services to London Irish was awarded to Nick Gallagher, the dependable strength and conditioning coach beginning his career at the club following an internship. Working tirelessly with the senior academy down the years, he has helped develop Theo Brophy Clews, Johnny Williams, Josh Basham, Jacob Atkins, Isaac Curtis-Harris and Ben Loader.

Topsy Ojo’s try against Harlequins on the opening weekend was picked as Try of the Season, James Marshall and Fergus Mulchrone the architects as they launched an attack from inside Irish’s 22.

And finally, David Paice was recognised for his service to London Irish after playing his last game for the club on Saturday. A warrior on the field, Paice played 290 times for the Exiles, including appearances in the 2008 Heineken Cup semi-final and the 2009 Premiership final.

The evening also gave supporters the opportunity to say their goodbyes to a number of players who are moving on from the club this summer.

We would like to wish all the players well in their future endeavours and thank them all for the contribution to London Irish. We will continue to keep our supporters informed of new arrivals throughout the course of the summer.