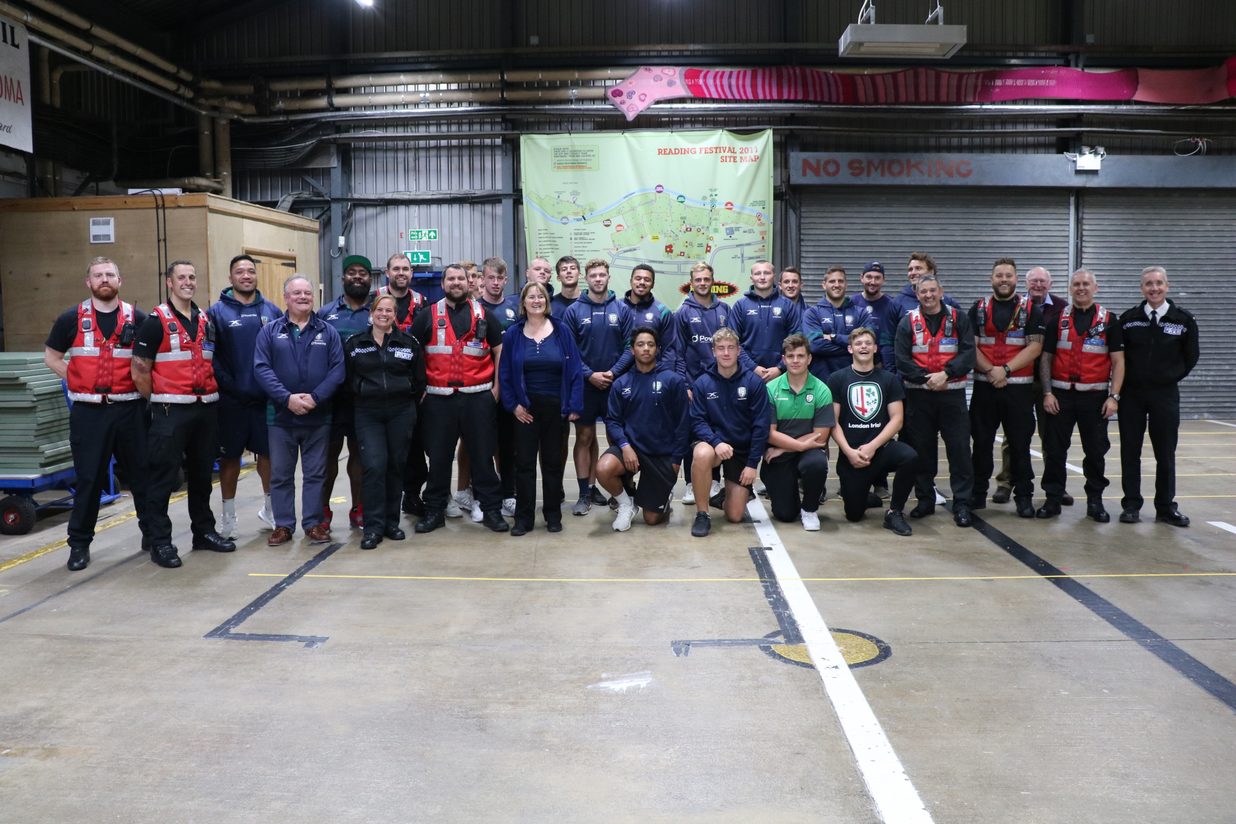 20 London Irish Senior, Academy and AASE players were at Thames Valley Police’s Public Order Training Base at Upper Heyford, Oxfordshire last week to assist officers in the staging of a mock riot.

The Police Training Centre, which has trained thousands of officers to tackle emergencies such as terror attacks, riots, protests and nuclear attacks, saw the likes of Manasa Saulo, Motu Matu’u and Theo Brophy Clews taking on the role of a riotous football crowd at the former Bomber Command and Cold War Airbase. As riot crowd stooges, the players were able to see how the police tactics work up close and personal in a realistic deteriorating public order scenario.

The force, who later said the simulation was the closest they have seen to a real football riot, also demonstrated a series of extreme civil disorder situations including night-club raids and police officers being petrol bombed in large scale engagement.

London Irish player Tom Parton enjoyed the experience, saying: “I would like to thank Thames Valley Police for having us – it’s an experience that I’ll certainly remember for a long time and I know all of the players had a good time.”

London Irish Rugby Chairman, Kieran McCarthy said: “We are grateful to Gerald Seymour, world-renowned thriller writer and avid London Irish fan, for facilitating our participation in this ‘money can’t buy’ experience through his support of the My Cancer My Choices Charity.

“Also sincere thanks to Chief Superintendent Kate Ford and Commander Jim Weems of Thames Valley Police Force for being so receptive to our group.”

Get more articles like this and other exclusive content sent straight to your inbox by signing up to our newsletter.