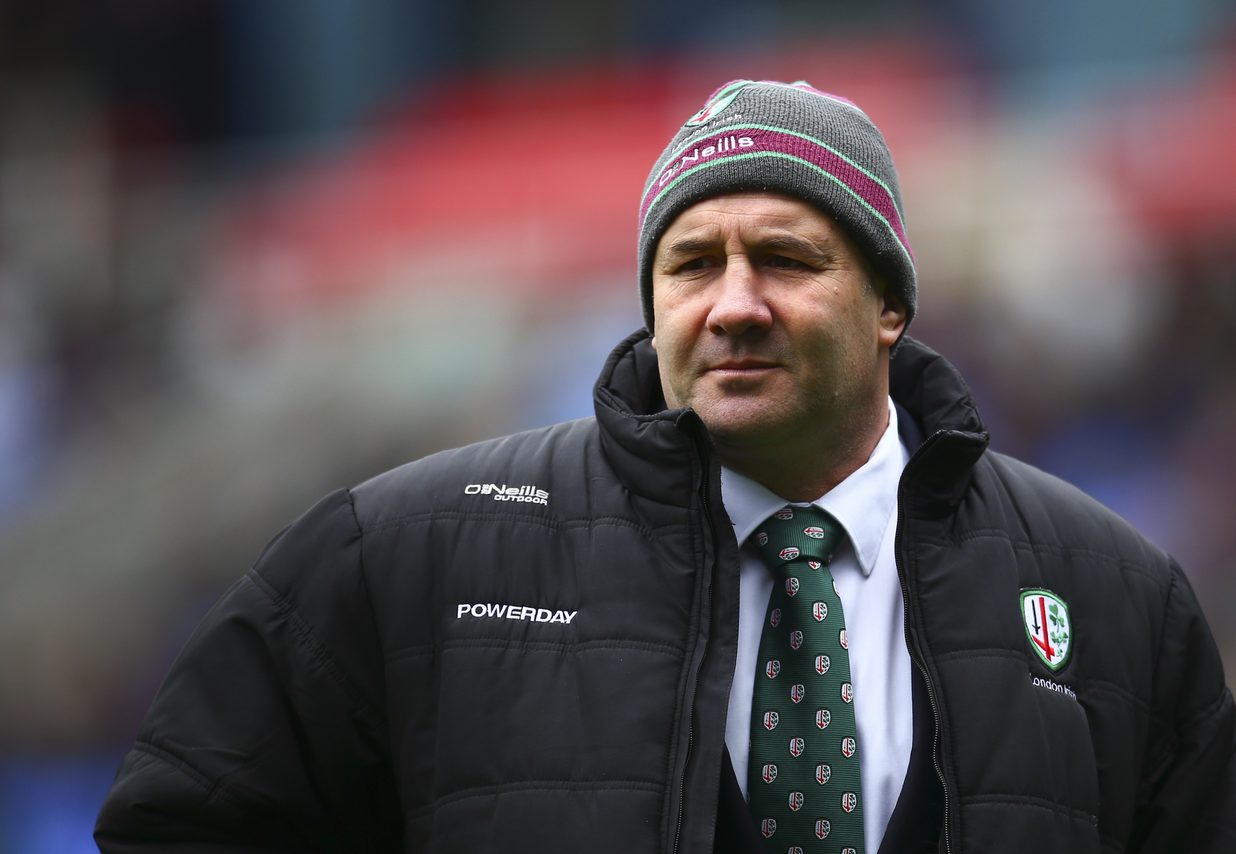 London Irish confirmed today (23rd June) that Head Coach Tom Coventry has resigned his position with the club by mutual agreement to return home to New Zealand for family reasons.

Coventry joined the south-west London based club in July last year after a successful career coaching in Super Rugby with the Chiefs and internationally with Samoa. Unfortunately London Irish were relegated from the Aviva Premiership this year in what was a difficult year for everyone involved with the Club.

Commenting on the announcement, London Irish Chief Executive Bob Casey said, “Having undertaken a review of the past season and taken time to consider its implications, and given his family situation, our discussions with Tom have resulted in agreement that it is in his best interests to return to New Zealand.  On behalf of the Board and all associated with London Irish we thank him for his efforts over the past season and wish him and his family well for the future.”

Tom Coventry said, “London Irish is in a good place to bounce immediately back into the top tier of English rugby. The club has recruited well with a sound balance of experience and youth supported by an excellent academy programme. I wish the club all the best in their future direction and drive for Premiership status.”