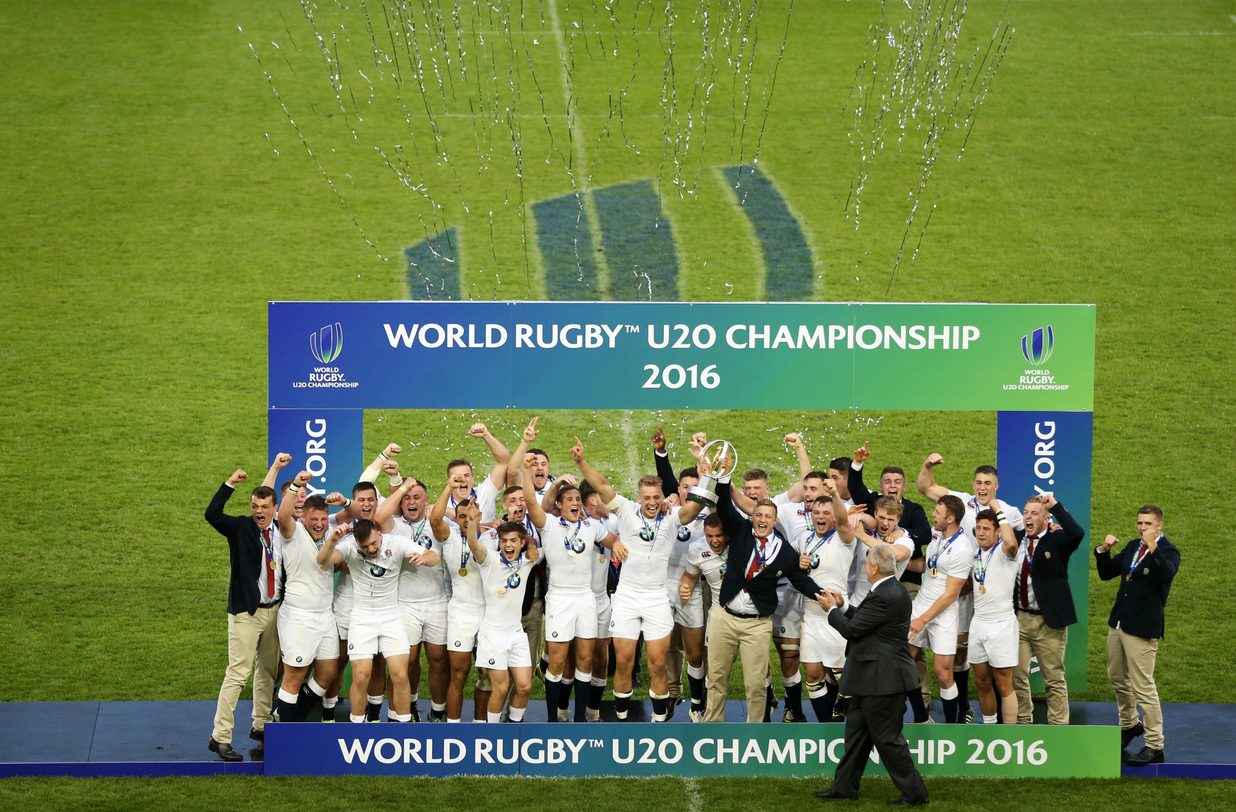 London Irish duo Theo Brophy Clews and Joe Cokanasiga have been named in Martin Haag’s England Under-20 elite player squad (EPS) for the 2016/17 season which will see them compete in the Six Nations and the World Rugby U20 Championship in Georgia.

Fly-half Brophy Clews, 19, is nearing a full recovery from a foot injury sustained during the summer, while winger Cokanasiga, 18, made his Exiles debut in the British and Irish Cup on Saturday.

Both are part of a 32-man squad that features six players who were involved in the triumphant U20 World Championship campaign in Manchester.

Irish Skills Coach Paul Hodgson, who has monitored the progress of the two throughout their rugby education at the club, is excited at the prospect of seeing them wear the Red Rose.

“Theo and Joe are great prospects for London Irish and I’m delighted to see their hard work paying off with a call-up to the England set-up,” said Hodgson.

“Theo did very well for us in the Premiership last season and the exposure to first team rugby has served him well – he continues his rehabilitation from injury and we look forward to seeing him back to full fitness,” he added.

Meanwhile, Cokanasiga, a key part of the England Under-18s side that toured South Africa in the summer, has a fantastic opportunity to shine on the big stage according to Hodgson.

“Joe had an exceptional pre-season and this is the type of reward that you can get when you make sacrifices and put in the hard work,” said Hodgson.

“It was great to see him making his debut at the weekend and I’m delighted that he signed a new deal with the club last week,” he added.

The squad will come together for the first time and train at Loughborough University this October.

England Under-20 Head Coach Haag said: “We have picked a strong squad with a lot of experience and it’s an exciting time because every year will bring new opportunities for different players to impress at this level.

“Players like Joe Marchant and Will Evans should be the example of what this group can achieve and while we are proud of our recent record in major tournaments, this is the start of a new rugby journey with this talented group of players.

“This is the start of the development phase with a real focus on getting to know the players and giving them the opportunity to develop and adapt their skills.

“We have seen a large number of these players grow through the pathway and for us it’s about challenging and inspiring these guys to be the best they can individually and as a team.”