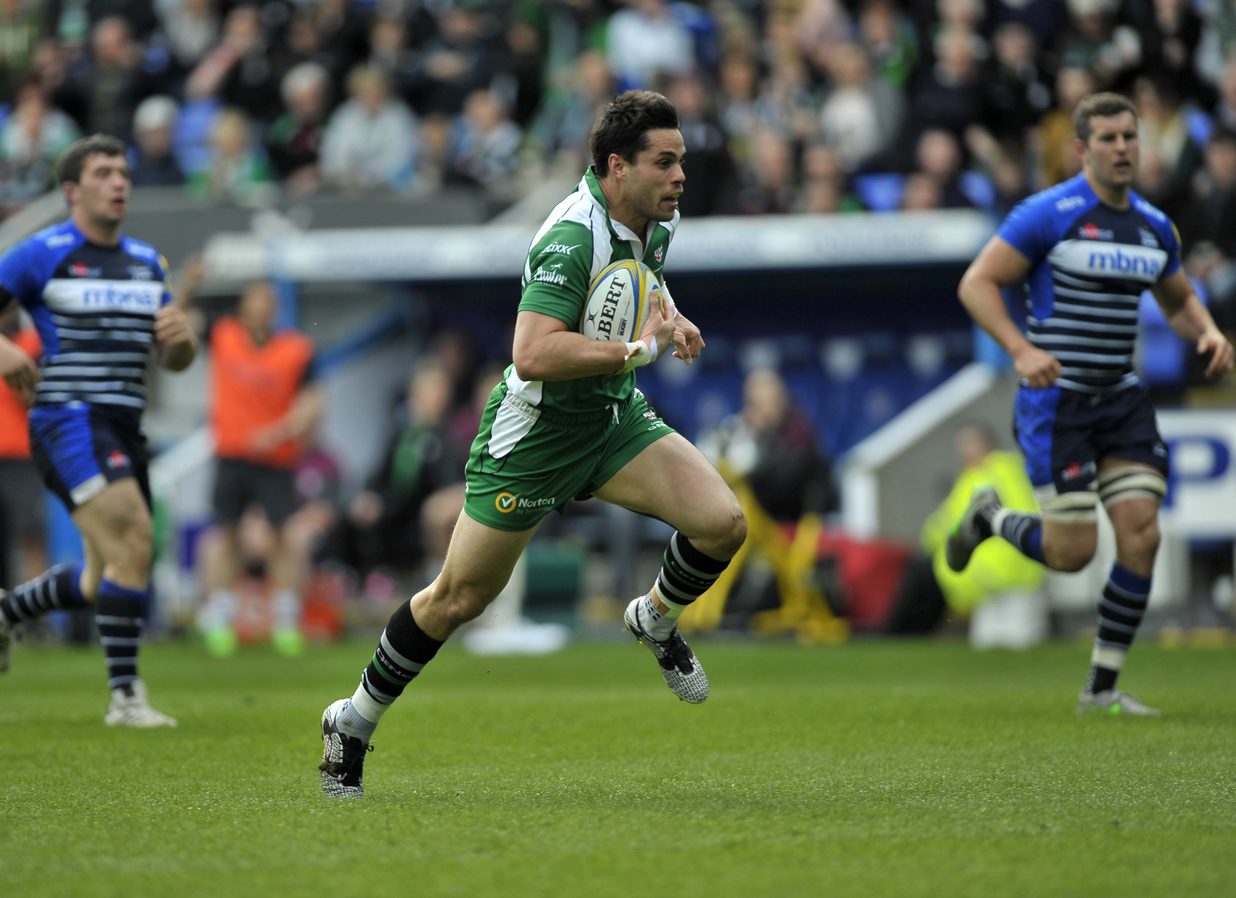 It is as you were at the foot of the table after both London Irish and Newcastle Falcons failed to pick up points on another crucial weekend of Aviva Premiership rugby.

The Exiles went down 30-15 against Sale Sharks at the Madejski Stadium, whilst Harlequins overpowered Newcastle 46-25.

A four point gap remains at the bottom of the log, with Irish making the trip to the North East in a fortnight for what promises to be a potentially decisive contest at Kingston Park.

It was nip and tuck for much of the game, Sale leading 16-15 with just over a quarter-of-an-hour left on the clock. Eying victory, and at least a bonus point, the Exiles conceded two late tries to end all hopes of picking up a point. First TJ Ioane crashed over the line, before the impressive Danny Cipriani intercepted a looping pass to race in under the posts two minutes from time.

Cipriani, who was orchestrating affairs, put the visitors’ ahead on six minutes with a penalty after Irish were penalised for coming in at the side of the ruck. Two minutes later Greig Tonks restored parity with a penalty of his own, before fellow Scot Sean Maitland showed the Sale defensive line a clean set of heels to touchdown for a scintillating try on 16 minutes. Giant Samoan back-row Ofisa Treviranus broke through three defenders to set-up Maitland for the score, Tonks cannoned the post with the subsequent conversion to left of the uprights.

Leading 8-3, Irish’s advantage was cut to just two points with 25 minutes played when Cipriani made no mistake with his second penalty of the afternoon. With the half hour mark looming, Johnny Williams thought he was over for his second try, only for the eagle-eyed Craig Maxwell-Keys spotting a forward pass in the build-up. That proved to be a crucial moment in the context of the game as Sale full-back Mike Haley skipped around the outside of Maitland to dot down in the corner on the stroke of half-time. Quick hands from the Sharks’ backline produced the opening for Haley, with Cipriani’s touchline conversion increasing his side’s lead to 13-8 going into the break.

A Cipriani penalty on 62 minutes, his third success of the afternoon, put Irish out of bonus point territory with the score now 16-8. However, not deterred by the scoreline, the Exiles were very much back in the game when hot prospect Williams crossed in the corner. With numbers on the far side, the ball was spun wide to the centre, who fended off two defenders to score. Tonks added the extras to reduce the deficit to 16-15.

Victory was within the Exiles’ grasp with ample time left on the clock, but two late scores from Sale ensured there would be no repeat of the scenes witnessed at the St Patrick’s Day Game against Gloucester, with Irish defeated 30-15.

The Exiles’ travel to Quins next Saturday for the quarter-final of the European Rugby Challenge Cup, before a pivotal date with Newcastle a week later.