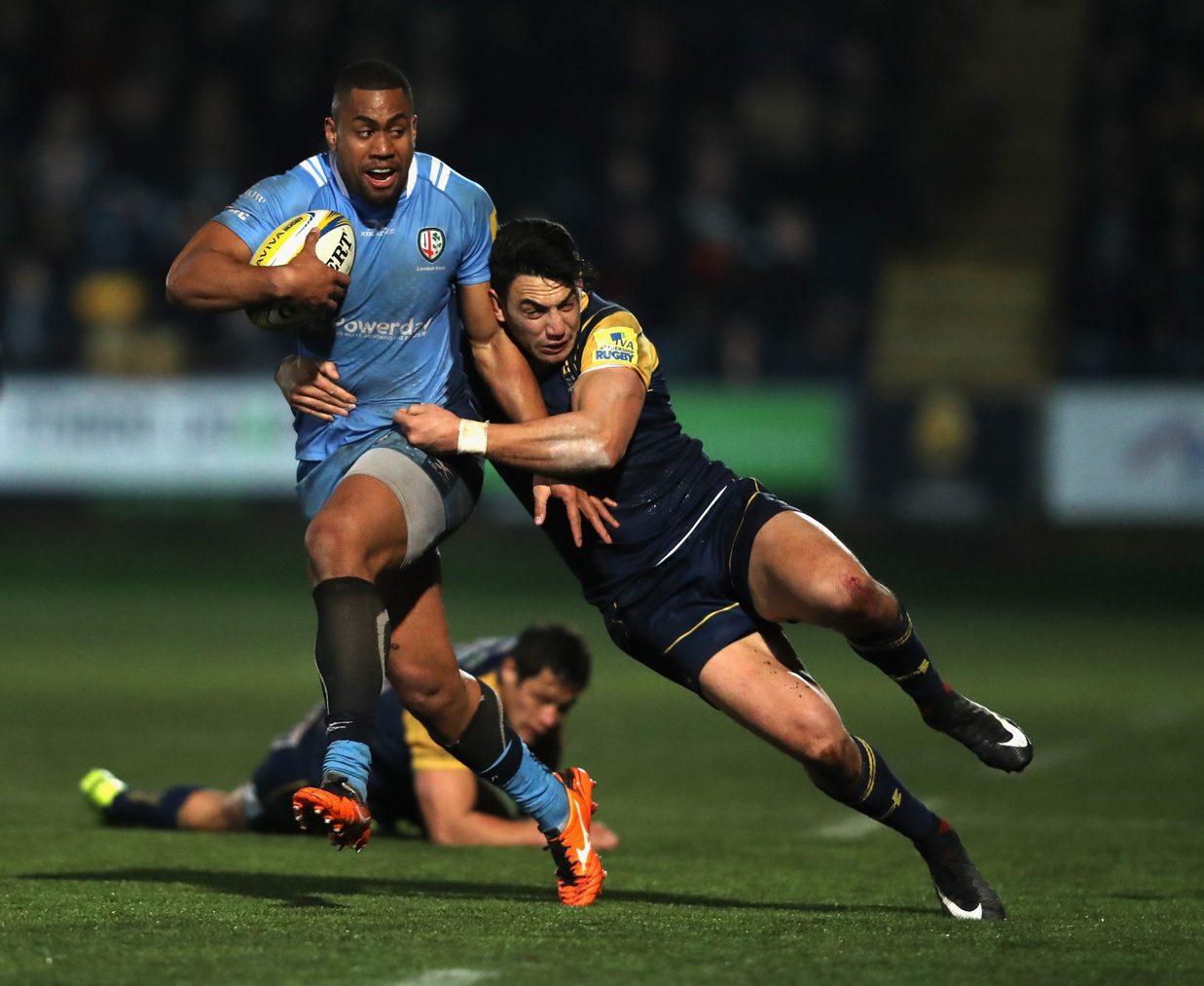 London Irish hit the midway point of the Aviva Premiership season with a 23-8 defeat at Worcester Warriors as the Exiles now look to make amends when Newcastle Falcons visit the Madejski Stadium next weekend.

After Alex Lewington’s supreme score on 37 minutes, Irish looked to be heading into the break just two points down. However, Josh Adams’ try with the last play of the half, his second of the game, gave Warriors a real shot in the arm going into the second period.

Adams, who was in fine form for the hosts throughout the evening, opened the scoring on four minutes. A neat chip through from Warriors centre Ryan Mills was latched onto by the speedster to give Gary Gold’s men the perfect start. Pennell’s touchline conversion gave Worcester an early 7-0 lead. The former England international demonstrated his kicking prowess again on 21 minutes, this time slotting home a penalty from almost halfway to extend Worcester’s advantage to 10-0.

A Greig Tonks penalty reduced the deficit to 10-3 on 33 minutes, ensuring his side left Worcester’s 22 with some points to show for their endeavour in attack. Four minutes later, Irish were in for their first try of the night courtesy of Lewington. Producing a moment of magic, Lewington’s kick and chase following a superb cross-field run was beautifully executed to the joy of the vocal travelling supporters. Tonks’ conversion veered wide of the near post and Irish trailed 10-8.

Irish were dealt a telling blow with the interval looming, Adams bagging his brace following an excellent training ground move to put Worcester in the ascendancy. Winning a penalty on halfway for an infringement at the maul, the ball was pumped into the corner to set up the devastating attack which Adams finished off. Pennell’s conversion made it 17-8 at half-time.

Pennell’s radar boot came to the fore twice in quick succession early in the second half, Worcester making the task harder for Nick Kennedy’s men. 23-8 down, the Exiles showed plenty of spirit but without the penetration that their endeavour perhaps deserved.

Former Warrior, Blair Cowan thought he had dotted down in the corner in the closing stages of the game, but the TMO ruled a knock-on over the line. Worcester’s Joe Taufete’e was yellow carded in the final moments of the game, but it did not have any bearing on the outcome as Worcester took the spoils.