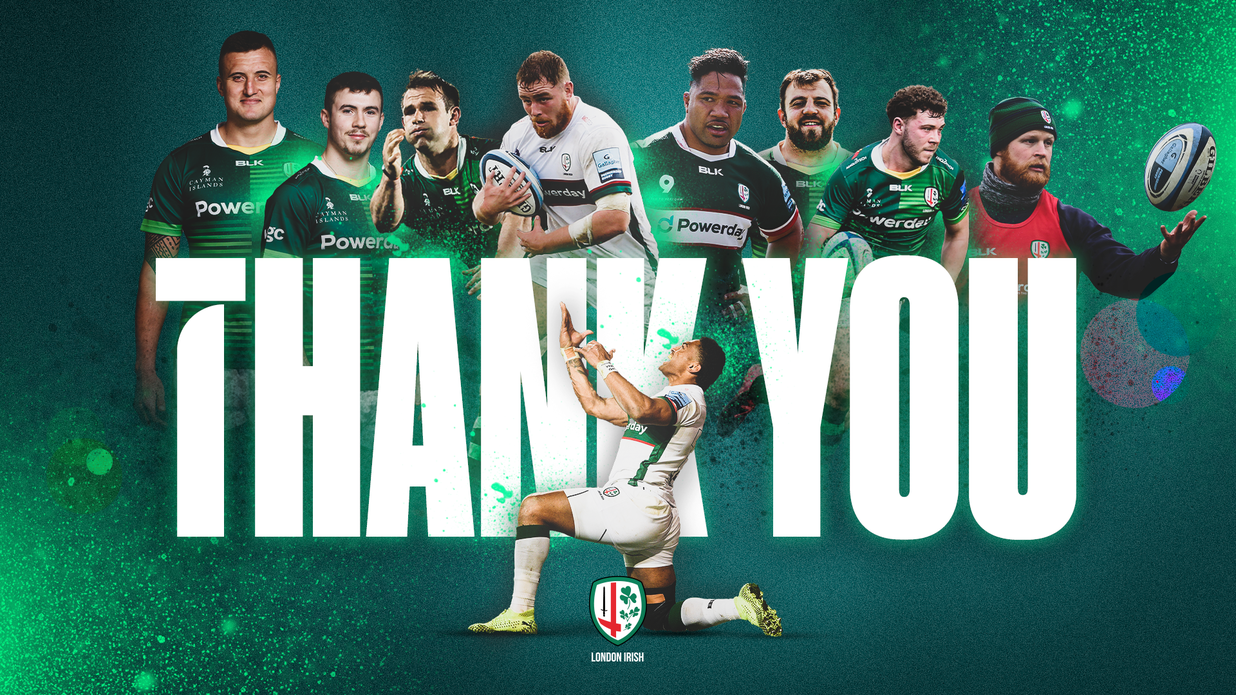 London Irish can today confirm the players that will depart the Club following the conclusion of the 2020/21 campaign.

“On behalf of everyone at London Irish, I would like to thank the departing players for all their hard work and efforts for the Club,” said Declan Kidney, Director of Rugby.

“I also want to thank their families, because without them, the players wouldn’t have been able to give their all for the Club.

“Tom retires after making more than 100 appearances for the Club, with Theo and Harry both reaching the 50-game milestone. All three of them have been fantastic servants for the Club, on and off the field.

“Motu, Nic and Andrei have all worked tremendously hard to get London Irish get to where we are at present.

“Waisake, although not able to play as much as he wanted, has been a brilliant influence on our back three players and so is leaving with a long-term positive affect on the Club.

“Charlton and Vladimir will not be as well known by our supporters, as unfortunately injuries and opportunities did not fall their way. But both are great people, and we thank them for their work rate and energy that they both brought to the squad.

“It’s been a pleasure to work with them all and they are always welcome back at Hazelwood.”