London Irish community team round off season in style 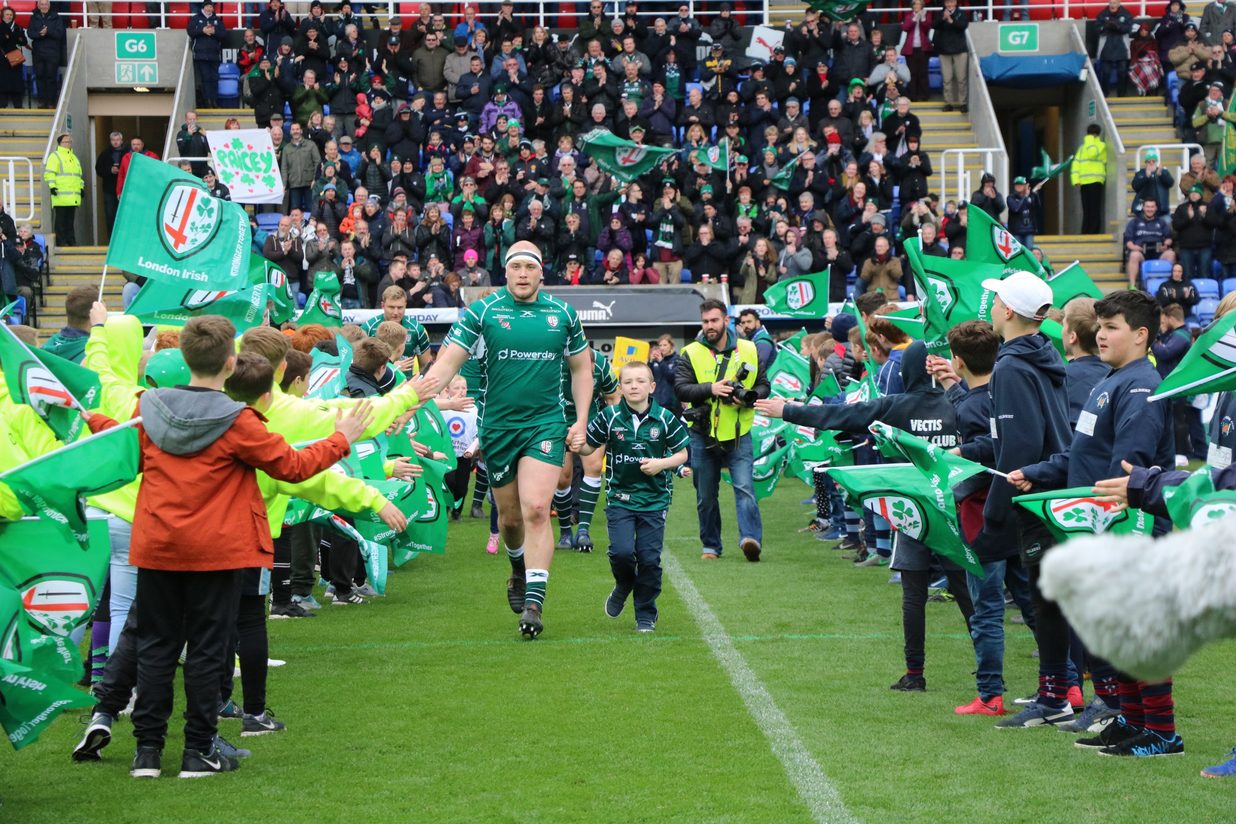 The London Irish community team hosted a number of clubs for an U11 match day festival at Leighton Park School, before heading over to the Madjeski Stadium to watch London Irish take on Saracens in round 21 of the Aviva Premiership on Sunday.

London Irish’s match day festivals have flourished throughout the season, this time attracting Vectis RFC from the Isle of Wight who got up at the crack of dawn to make the ferry journey over.

“The whole day from start to finish was organised so professionally and we were made to feel very welcome,” said Sara McKie, assistant manager for Vectis U11s.

“The players were incredibly proud to be part of the festival and the match afterwards. It’s an experience that I’m sure they will remember for the rest of their lives.”

The round robin festival saw teams from Brighton, Farnborough, Farnham Royal, Chichester, Tadley, Gosport & Fareham, Bracknell and Vectis go head to head, with enjoyment and participation the theme of the day.

“It was a fantastic way to finish the season off as a community team,” said Andy Keast, head of community.

“It was great to have clubs that we haven’t hosted yet in attendance, and a special mention must go to Vectis RFC for making the effort to travel across the Channel.”

Not only that, there was an international twist to the coaching clinics, with the community team greeting Gouda RFC from the Netherlands.

“The team love coaching new groups and it was brilliant to be given the opportunity to work with Gouda RFC.

“The standard of rugby on show was very high from all of the players involved. There were smiles on faces, so hopefully everyone had a great time as well as picking up some new rugby skills.”

Both the festival and coaching clinic then headed over to the Madejski Stadium for Q&A’s with London Irish players Topsy Ojo and Max Northcote-Green.

Sunday’s guard of honour was another magnificent sight, with a total of 300 children and young adults making up the lines before each half of the Aviva Premiership clash.

Congratulations to everyone involved for making it such a special day.