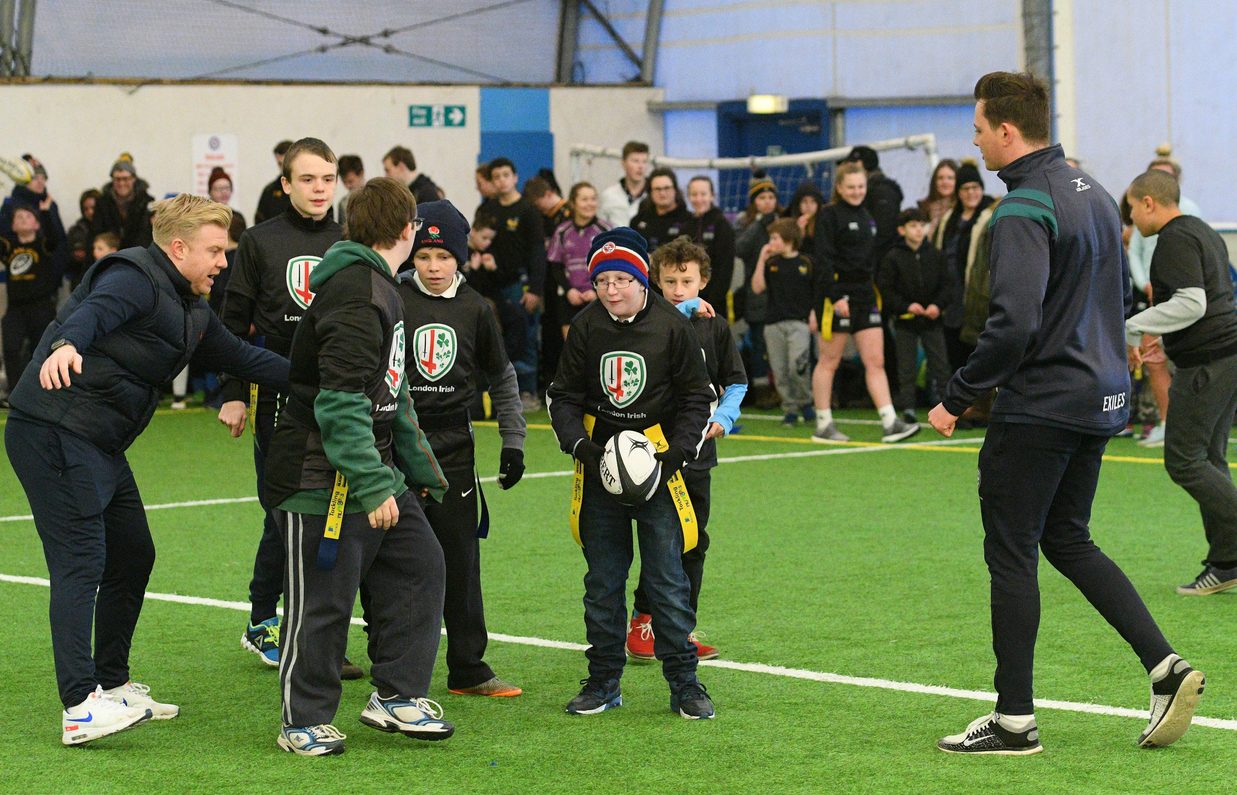 The Disability Festival, which was run in conjunction with Premiership Rugby’s Project Rugby Programme, saw teams from London Irish, Worcester, Wasps, Saracens and Bath taking part in a coaching clinic, before going head to head in a round robin tournament.

The festival, set up by London Irish, aims to use rugby as a vehicle to break down barriers and to provide new opportunities for people with disabilities to thrive in the community.

Following the festival, London Irish players Will Lloyd and Tom Woolstencroft met the participants and took part in a signing session.

The first of its kind, the festival encourages Premiership clubs to unite in their support of inclusiveness in rugby.

“As a club, we’re proud to be involved with Project Rugby and Sunday’s festival is a huge stepping stone for disability rugby,” London Irish inclusion officer Joseph Pegg.

“The success of the festival is testament to the hard work of the London Irish community team and a big thank you must also go to the parents, staff and carers, who made the day possible.

“The University of Brighton’s women’s rugby team, who helped with the running of the day also deserve a special mention.”

London Irish’s next home game is the St Patrick’s Party against Gloucester on Saturday 24 March (kick-off 3pm), with tickets available from £4 for under 13s and £26 for adults by calling the Ticket Office on 0118 968 1016 (Monday to Friday 9am to 5pm, Saturday 9am to noon) or online at  www.lidirect.co.uk